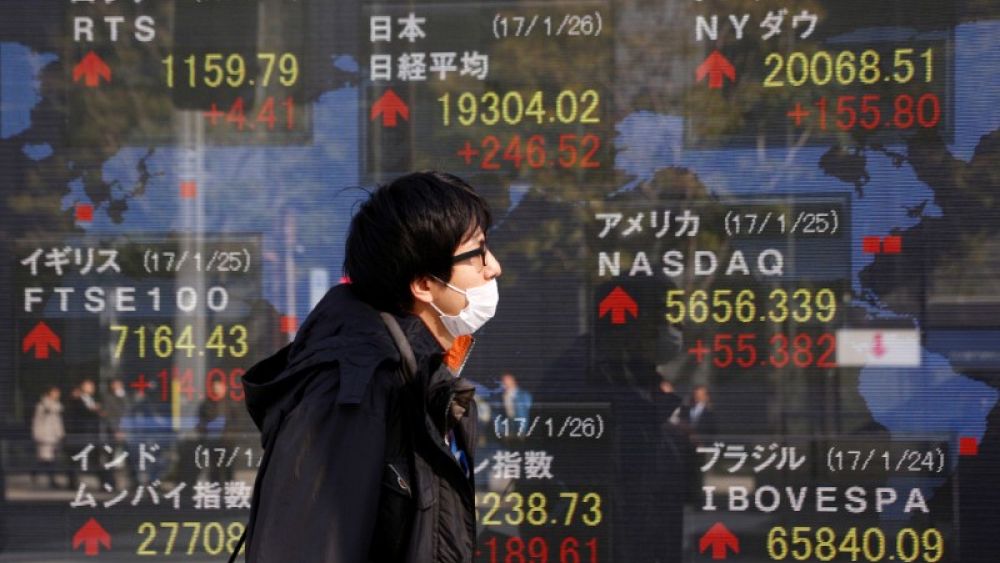 By Nichola Saminather
SINGAPORE (Reuters) – The U.S. dollar and Treasury yields stumbled on Thursday after President Donald Trump said he preferred the Federal Reserve keep interest rates low as the dollar is getting too strong, and said he wouldn’t label China a currency manipulator.
But Asian stocks fared better than Wall Street, which declined following the comments and closed between 0.3 percent and 0.5 percent lower.
MSCI’s broadest index of Asia-Pacific shares outside Japan rose 0.15 percent in early trade. Most markets in the region will be closed on Friday for the Good Friday public holiday.
Japan’s Nikkei slumped 1 percent. Australian stocks fell 0.7 percent, on track to post a 0.5 percent gain for the week.
In an interview with the Wall Street Journal, Trump said the dollar is getting too strong and that would eventually hurt the economy.
“Trump’s comments came at a time when some had begun to think that perhaps the president was not as supportive of a weak dollar as initially perceived,” said Shin Kadota, senior strategist at Barclays in Tokyo.
Trump didn’t rule out the possibility of re-nominating Fed Chair Janet Yellen once her current four-year term is up next year.
Trump also said he had decided to reverse a campaign pledge to label China a currency manipulator in a Treasury report due this week, saying it hasn’t manipulated the yuan in months.
He also said taking the step now would hurt talks with Beijing on dealing with threats from North Korea.
“The change in policy should certainly ease concerns over the protectionist stance of the Trump administration that should benefit emerging markets in general,” James Woods, global investment analyst at Rivkin in Sydney, wrote in a note.
“However it also continues to raise doubts about the administration’s ability to deliver on campaign promises, which include the all-important pledge for tax reform.”
U.S. 10-year Treasury yields were trading at 2.241 percent early on Thursday. On Wednesday, they dropped to a five-month low of 2.239, but recovered to close at 2.296.
The dollar was 0.1 lower early on Thursday at 108.86 yen, lingering near the lowest point since Nov. 17 hit earlier in the session. It ended Wednesday with a 0.55 percent loss following Trump’s comments.
The dollar index, which tracks the greenback against a basket of six trade-weighted peers, dropped 0.6 percent to 100.11.
While U.S. and global politics have consumed investors’ attention this week, a raft of Asian economic data may share some of the spotlight on Thursday.
Singapore’s central bank kept its exchange-rate based policy unchanged as expected on Thursday, saying a “neutral” stance will be needed for an extended period of time.
South Korea’s central bank is also expected to hold interest rates steady, at 1.25 percent.
Other data expected includes March trade figures from China and employment from Australia, and first-quarter gross domestic product from Singapore.
In commodities, oil prices fell as concerns about rising U.S. output continued to weigh on markets.
U.S. crude dropped 0.3 percent to $52.93 a barrel, extending Wednesday’s 0.5 percent loss that saw it break a six-session winning streak.
The dollar’s loss was gold’s gain. The precious metal was fractionally higher at $1,286.84 an ounce, near its highest level in five months, after jumping almost 1 percent on Wednesday.