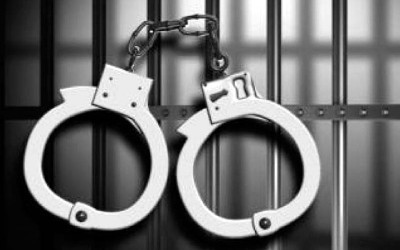 AKIPRESS.COM – Immigration officials at the city’s international airport caught an Uzbek who tried to fly back to her country with a fake Indian visa on April 15, reports The Times of India City.

Sahar police, who have taken custody of Rajabova Zebarjon (23), learnt that she got the visa through a travel agent in Kathmandu before flying to Delhi. Investigators found that the visa was already issued to some other person who had visited India before her. She claimed that she came to India for treatment for a stomach ailment and was flying back to Uzbekistan.

Zebarjon claimed to be a student on a tour before she ended up in police custody last Saturday. “Zebarjon claimed she was unaware that the Indian visa she holds is fake. She was caught when immigration officials got suspicious going through her passport and found the visa stamped was fake as it had the same number issued to some other flyer,” said senior inspector B T Mukhedkar.

Zebarjon has been on two week-long tour and visited Dubai before flying to Nepal. Investigators are verifying Zebarjon’s claim that she got hold of the visa from an agent at Kathmandu.

“Zebarjon holds a tourist visa. From Nepal, she got the fake Indian visa and came to Delhi before flying to Mumbai. On April 25, she was to board a flydubai flight late in the evening, when she was stopped. She was produced before the Bandra holiday court the next day and sent to three days’ police custody,” said sub-inspector Jayvilas Dalvi.

Zebarjon has been booked under sections 420 (cheating and dishonestly inducing delivery of property), 465 (forgery), 468 (cheating for purpose of forgery) and 471 (using as genuine a forged document or electronic record) of the Indian Penal Code. She is in police custody till Wednesday.

Police in Kochi had arrested a four-member gang that had duped many job aspirants by promising to arrange visas to Singapore in March 2016. The gang operated from Mumbai. The arrested had duped nearly Rs 50 lakh from job aspirants who had filed complaints with the Palluruthy police.