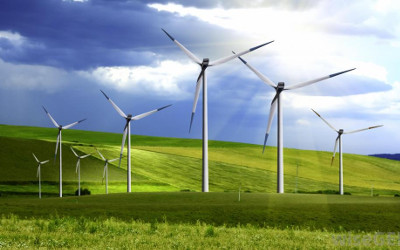 The development of a 25-turbine wind farm project in southern Mongolia will go ahead, with the support of a Danish company, reports Lawyers Weekly.

Deal: A multi-jurisdictional finance agreement between entities in Mongolia, Japan and Singapore has been struck to develop a wind farm in the Gobi desert. Danish company Vestas will supply the wind turbines.

The Tsetsii wind farm project, located in Mongolia’s Gobi Desert, will boast 25 turbines to provide 50 megawatts of power to the country. Located approximately 540 kilometers south of Ulaanbaatar, the farm will aim to boost Mongolia’s renewable energy to 30 percent by 2030.

Power from the Tsetsii wind farm is expected to go online by the end of 2017.

At present, Mongolia’s power-generation capacity from renewables sits at 7 percent, mostly hydropower. The government has recently adopted sustainability measures including a new Green Development Policy and the Law on Energy Conservation and Efficiency.

A finance agreement struck between the shareholders of Clean Energy Asia LLC (CEA), the European Bank for Reconstruction and Development (EBRD) and the Japan International Cooperation Agency (JICA) will allow the wind farm development in the Gobi desert to proceed.

According to a statement released by MinterEllison, which advised Vestas on the deal, the project represents a multi-jurisdictional financed infrastructure development in the “frontier market of renewable energy”.

“This is Vestas’ first major deal in Mongolia and the Tsetsii wind farm will be a key piece of energy infrastructure for Mongolia into the future,” lead Minters partner Sebastian Rosholt said.

“This project forms a vital part of Mongolia’s renewable energy program and will reduce its reliance on fossil fuel-based energy. MinterEllison is delighted to have had the opportunity to work with Vestas in making this project a reality,” he added.