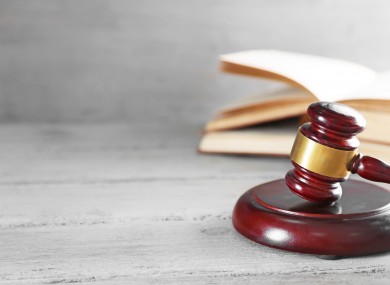 A SINGAPOREAN WOMAN who lives as a man has been acquitted of sexually assaulting a 13-year-old girl because the judge said the law on which the charges were based relates only to men with a penis.

Zunika Ahmad, 40, who is biologically a female but has lived as a man since her youth, pleaded guilty last year to six counts of sexually assaulting the minor using a sex toy and her fingers.

But in a landmark ruling on Tuesday, high court judge Kan Ting Chiu threw out the guilty plea and acquitted Zunika, saying the Penal Code provision under which she was charged applies only to males.

“No matter the gender (of the assailant) or whether they have a particular body part does not make it any less traumatising for the victim,” said Jolene Tan, a senior manager at the Association of Women for Action and Research, which also runs a care centre for victims of sexual assault.

Such discrimination is common for transgender people in Singapore who have not undergone a sex change, said Leow Yangfa, executive director of Oogachaga, an organisation that gives support and counselling to the LGBTQ community.

The Singapore government classifies gender based on anatomy.

The judge said the provision, enacted in 2007, specifically covers a person with a penis even if he did not use the organ in the assault.

“The reference to a person who has a penis cannot be construed to include a woman without doing violence to common sense and anatomy,” the judge ruled, adding that parliament must amend the law if it is to include females.

Zunika, who was living with two “wives”, was sentenced to eight months’ imprisonment on the lesser charge of having a sexual relationship with a person aged under 16.

She could have faced up to 20 years’ in jail for each of the sexual assault charges.

Read: Abuse victims too sensitive? Get a grip, Stephen Fry

Also: Politician threatens to have reporter’s nose cut off after being asked about rape