2016 in Sports: The BEST women sports superstars from India this year 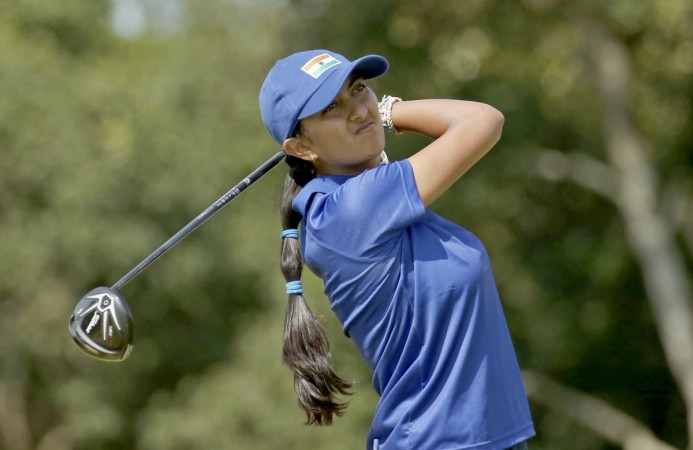 18-year-old Aditi Ashok has had an incredible 2016Reuters

The year 2016 has remained terrific for Indian sports, thanks especially to the Rio 2016 Olympics, the Paralympics as well as the routine cricket, football and also badminton. Completely unknown athletes became overnight superstars and their lives have changed forever. Consistency remains the key now.

What’s striking this time around is that women sportspersons have taken all the limelight from their male counterparts, and that is a major good news going ahead for sports in India.

READ: Dipa, Sindhu ahead of Kohli, Dhoni in this ranking | Sakshi, Saina, Sania feature in Forbes 100.

Dipa, 23, was one of the greatest stories from the Rio 2016 Olympics. She finished fourth in the women’s vault finals — missing the medal by just a whisker. However, she created milestones while reaching the position she is at the moment.

In April 2016, she became the first Indian women gymnast to qualify for the Olympics and on August 7, she became the first gymnast ever from India to make it to the finals of an event at the games. Again, on August 14, as she was so close in bagging the bronze medal, until Simone Biles of America displayed her magic at the Rio Olympic Arena, taking home the gold as well as pushing Dipa to the fourth position.

The short-statured Indian still holds the record of being the first-ever woman gymnast from the country to qualify for the Olympics as well as the only gymnast ever from India to make it to the finals of an event at the games. Check out her achievement.

Vinesh, one of the biggest medal prospects from the Indian wrestling contingent in Rio, was gunning for glory right from the start of her women’s 48 kg freestyle wrestling opening bout in the event. The 2014 Commonwealth Games gold medallist gave a stellar performance against Emilia Alina Vuc of Romania in the round of 16 of the event and won via greater superiority.

Plenty was expected from her in the next round where she took on China’s Sun Yanan. Everything was going smooth when disaster struck Vinesh in the middle of the fight. The Indian wrestler badly twisted her knee and was left writhing in pain over the mat. The sight looked very disturbing for everyone pinning hopes on her, but the reality had to be faced. But she looks ready on her comeback.

The inspirational Deepa Malik struck silver in the women’s Shot Put F-52 event at the Paralympics 2016, becoming the first-ever woman para athlete in the process to win a medal at the quadrennial games for the impaired athletes.

45-year-old Deepa, who is an accomplished swimmer, adventure sports player, international athlete, biker, as well as an entrepreneur, shot a personal best of 4.61m over six attempts. She came behind Fatema Nedham of Bahrain (4.76m), while Dimitra Korokida of Greece took bronze. Sachin Tendulkar, Narendra Modi joined in congratulating her.

The 27-year-old Lalita from Maharashtra became the first Indian athlete in 32 to reach the final of a track & field event in the Olympics, when she qualified for the women’s 3000m steeplechase final and came in 10th. She had earlier created a new national record by clocking a time of 9:19.76 in the qualification round, where she finished seventh. How Virender Sehwag wants the Indian govt to celebrate Lalita’s feat.

The woman wrestler from India was not a known name before the Olympics and not many regarded her as a medal contender. However, if there is one thing sports teaches us, it is: never write off the underdogs. Sakshi, 23, became the first ever woman wrestler from the country to win the medal in the Olympics, when she clinched the bronze in the 58kg women’s amateur wrestling finals.

Check out her achievement.

Post Olympics, she went on to win her first BWF Superseries title by clinching the China Open.

Check out her achievement.

The 27-year-old fiery cricketer guided India to a record sixth Women’s T20 Asia Cup this year after beating arch-rivals Pakistan in the final. Individually, she also remained stunning in the Women’s Big Bash League after playing some sensational knocks for Melbourne Stars right from the start.

Also, she is the first Indian cricketer to feature in a foreign Twenty20 cricket tournament. Catch snippets of her performance.

The 24-year-old India women’s team goalkeeper returned for her second stint with West Ham Ladies this year and made an impact right from the very start. Playing her first match for the English side against Swindon Town, Aditi made three saves in a penalty shootout to guide her team to victory in the FA Women’s Premier League. Her comments on a women’s football league starting in India.

Still only 18, Aditi’s achievements have remained stellar this year. Absolutely phenomenal. She participated in her maiden Olympics this year. Golf made a comeback in the Olympics for the first time after 1904!

The Indian might not have been able to win any medal for India, but she finished 41st with an overall score of seven-over 291 in the Rio games. Amazingly, after round one in Rio, she was tied at the seventh position, along with Azahara Munoz (Spain), Lexi Thompson (US) and Charley Hull (GB), after she managed an incredible three-under 68.

Post-Olympics, Aditi clinched the Indian Open, creating history by becoming the first Indian female to win a European tour title. She then won her second successive Ladies European Tour title after clinching the Qatar Ladies Open. She also became a member on the LPGA Tour for the new season. More on her.

The likes of Sushila Chanu, Deep Grace Ekka, Rani Rampal, Ritu Rani made a great year to remember for women’s hockey in India. They won the women’s hockey tournament at the South Asian Games with the start of the year, and also made their appearance at the Olympics after 36 long years.

The India women’s hockey team came in 12th in Rio. Later, they won the Asian Champions Trophy 2016 in Singapore in a stunning fashion as they defeated China with an amazing comeback. Following the four quarters of play, the result turned out to be 2-1 in favour of the Indians.