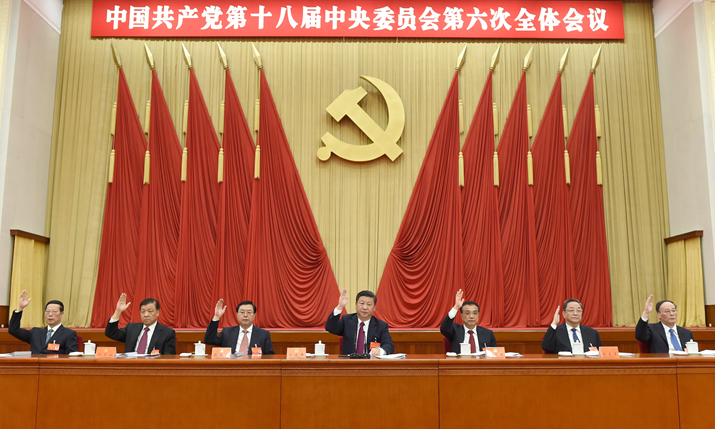 1. Running a Tight Ship in the CPC

The Sixth Plenary Session of the 18th Communist Party of China (CPC) Central Committee, held in Beijing on October 24-27, approved new regulations to improve discipline in the Party and root out corruption. Two documents approved at the session, the Norms of Political Life Within the Party Under the New Situation and the Provisional Intra-Party Supervision Regulation, detail the conduct expected of Party members.

Stressing the importance of adhering to the collective leadership system, the session urged all Party members to “closely unite” around the CPC Central Committee with Xi Jinping as its core. It also endorsed prior decisions to expel four former senior officials from the Party and agreed to prevent vote rigging and buying and selling of official posts.

The Sixth Plenary Session of the 18th CPC Central Committee announced that the19th CPC National Congress would be convened in the latter half of 2017. 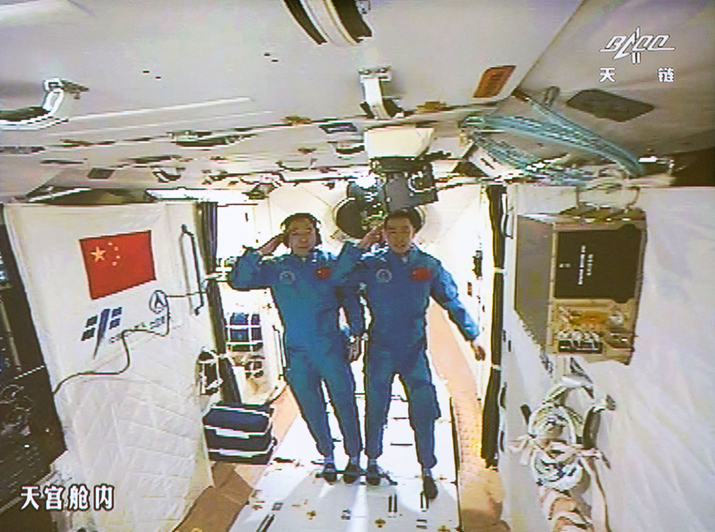 On June 25, China’s new-generation carrier rocket Long March-7 was sent into space, marking a key step in the Chinese space program, which envisions a mission to Mars within a decade and a permanent space station by around 2020, the final step in the three-phase manned space program.

On September 15, the unmanned Tiangong-2 space lab was launched, marking another milestone.

Finally, on October 17, the Shenzhou-11 manned space capsule went up from the Jiuquan Satellite Launch Center in northwest China’s Gobi Desert. The two astronauts in the capsule, Jing Haipeng and Chen Dong, remained in space for 33 days, making it the longest manned mission in China’s space program. 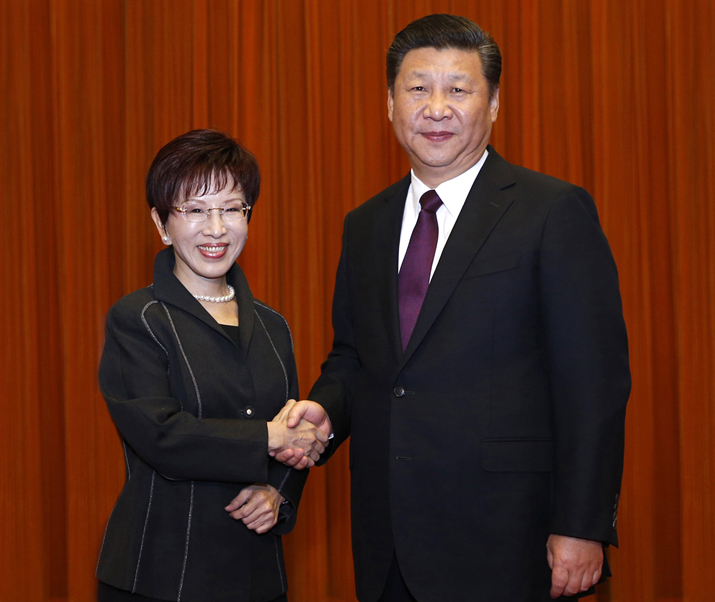 Xi Jinping, General Secretary of the CPC Central Committee, meets with Hung Hsiu-chu, Chairperson of the Kuomintang Party in Taiwan, in Beijing on November 1 (XINHUA)

Hung Hsiu-chu, leader of the Kuomintang (KMT) Party in Taiwan, led a delegation to the mainland from October 30 to November 3.

It was the first official visit by a KMT delegation since President Xi Jinping and former Taiwan leader Ma Ying-jeou shook hands in Singapore in November 2015. The Singapore event was the first meeting between the leaders of both sides since the end of the Chinese Civil War in 1949.

At his meeting with Hung in the Great Hall of the People in Beijing on November 1, Xi underscored the importance of adhering to the 1992 Consensus, the commitment to the one-China policy made by official delegates from both sides of the Straits in November 1992. He also called for maintaining peaceful development of cross-Straits relations.

Xi put forward a six-point proposal on cross-Straits relations. It included adhering to the 1992 Consensus, opposing the forces supporting “Taiwan independence,” promoting social and economic cooperation between the two sides, and working together to carry forward Chinese culture. 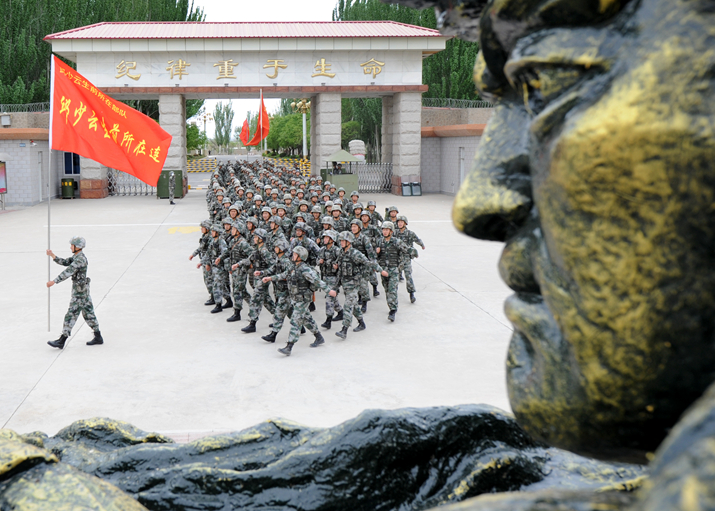 At a ceremony in Beijing on February 1, President Xi Jinping, who is also chair of the Central Military Commission (CMC), conferred military flags on the five newly established theater commands of the People’s Liberation Army (PLA).

The five theater commands are the Eastern, Southern, Western, Northern and Central theater commands, the top joint battle command agencies which would take unified command and control of the troops following the CMC’s orders.

Xi said the move to establish the theater commands and joint battle command system was a strategic decision by the CPC Central Committee and the CMC to build a strong military. It is also an important step in implementing military reforms. 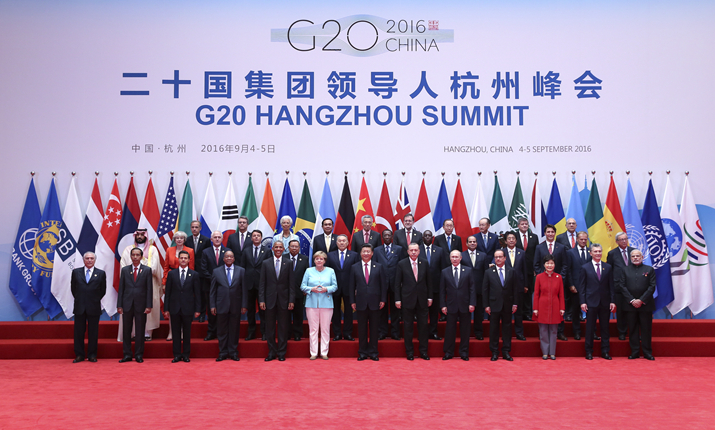 The 11th summit of the Group of 20 (G20) major economies was held in China’s Hangzhou on September 4-5. Representatives of the world’s top economies, guest countries and international organizations exchanged views on effective global economic and financial governance, robust international trade and investment, and inclusive and interconnected development. They also discussed climate change, the refugee problem and global public health.

President Xi Jinping stressed the need for future G20 summits to discuss medium- and long-term growth and cooperation instead of focusing only on short-term crisis management. 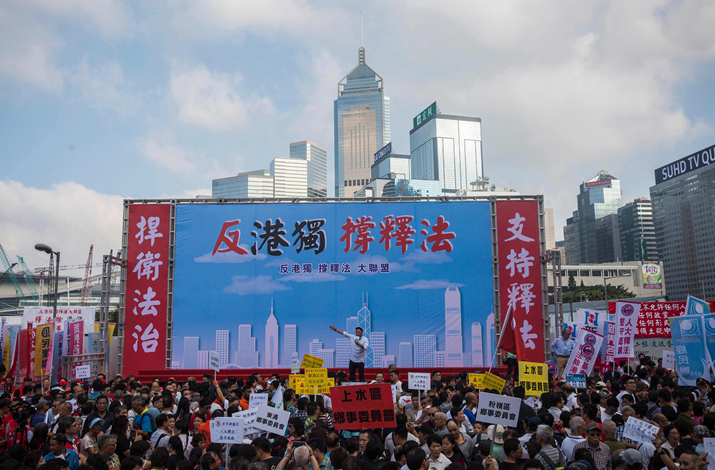 More than 40,000 people in Hong Kong participate in a peaceful assembly expressing their support for the interpretation of the Basic Law of Hong Kong on November 13 (CFP)

China’s top legislature on November 7 unanimously adopted an interpretation of Article 104 of the Basic Law of Hong Kong Special Administrative Region (SAR). The interpretation was issued by the National People’s Congress Standing Committee following the conduct of some legislators-elect during the election of Hong Kong’s Legislative Council and the subsequent swearing-in ceremony. 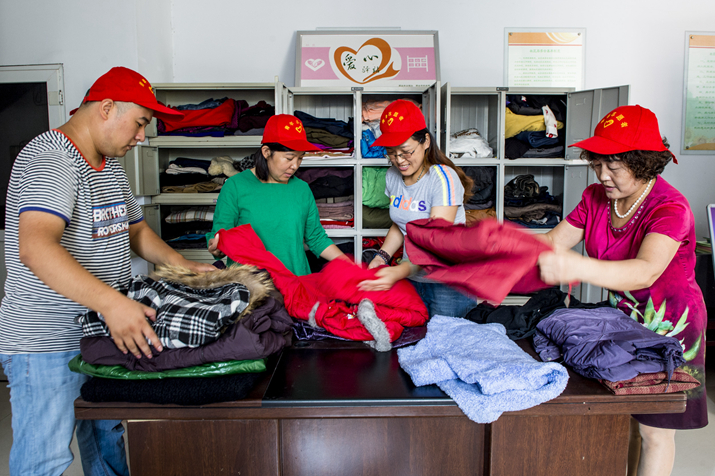 On March 16, lawmakers passed the first Charity Law of China to prevent corruption and mismanagement in the charity sector, after a series of scandals eroded public trust.

The new law, which took effect in September, clarifies the responsibilities and liabilities of different parties involved in charitable activities. While easing restrictions on the fundraising and operational activities of charity groups and offering tax benefits, it tightens supervision on the internal management of charitable organizations.

Annual donations to registered charities in China soared from 10 billion yuan ($1.44 billion) to 100 billion yuan ($14.38 billion) over the past decade. The charity sector is supporting the government’s poverty alleviation campaign, which aims to lift all poverty-stricken people above the poverty line by 2020. 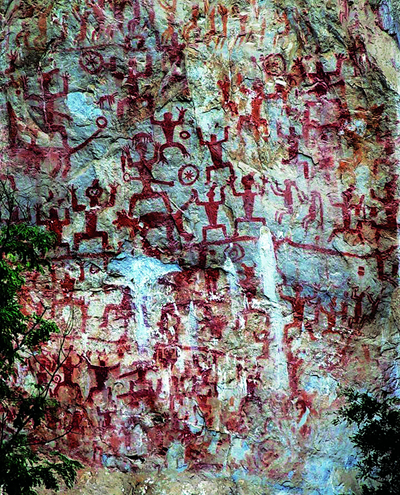 Located along the Zuojiang River in southwest China’s Guangxi Zhuang Autonomous Region, the Huashan rock art, created 200 million years ago, has won the recognition for its uniqueness in vividly combining the landscape and rock art with the social life of the people of that time.

Shennongjia, a treasure of wildlife, is also renowned for its high plant diversity. With the additions, the number of Chinese entities on the World Heritage List goes up to 50.

On November 30, the 24 solar terms, part of the traditional Chinese calendar that guided agriculture, religious and social events, were added to the UNESCO’s Representative List of the Intangible Cultural Heritage of Humanity. With the latest addition, the number of Chinese items on the list goes up to 31. 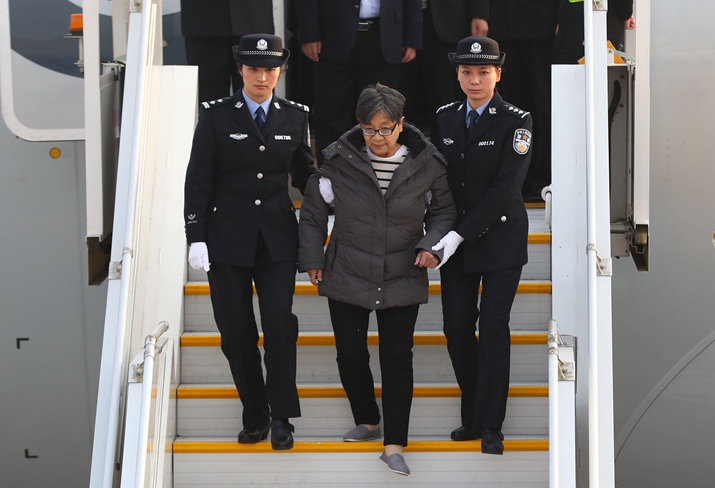 After being on the run for 13 years, Yang Xiuzhu, former Deputy Director of Zhejiang Province’s Construction Bureau, returned to China on November 16 and turned herself in.

Yang fled China in April 2003 after graft inspectors began investigating her for embezzlement, according to the CPC Central Commission for Discipline Inspection (CCDI). She topped the list of China’s top 100 fugitives with an Interpol “red notice” for their apprehension in April 2015. Yang is the 37th person on the list to return. Her assets were frozen or confiscated. 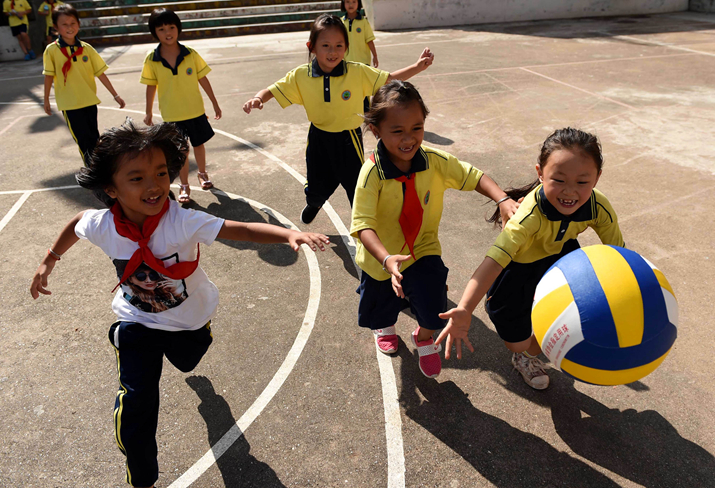 On August 26, the CPC top leadership adopted a plan to improve the healthcare sector of China in the next 15 years.

The blueprint, Healthy China 2030, aims to further improve people’s health. It is also an important part of China’s efforts to engage in global health governance and implement its commitment to the UN 2030 Agenda for Sustainable Development.