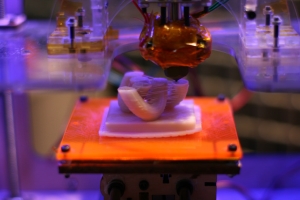 3D printing can be described as a physical object that is made from a three-dimensional digital model, by successively layering thin layers of material. It is vital for allowing prototypes to reach market quicker.

Bloomberg suggests that 3D printers were “the anointed technology at CES 2013.” In that regard, 3D Systems’ (NYSE:DDD) CubeX won Best of CES  that year, a printer designed for a home, office or school setting. Since then, however, desktop 3D printers haven’t progressed much; as a matter of fact, 3D printers have done better in commercial settings, so don’t fret: there are still plenty of ways to invest in 3D printing. 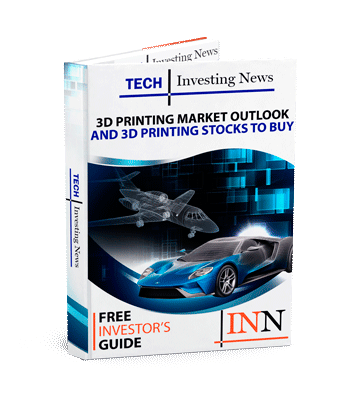 As noted above, 3D printing, otherwise known as additive manufacturing (AM), is a process of layering materials, like concrete, metal and plastic, to create an object. Users can print models of already existing objects, or even make new ones with computer-aided design (CAD) files. Its flexible nature allows for applications in automobiles, drones, jewellery, medicine and metalworks. The technology was invented at MIT and is decades old.

Of course, as the technology industry grows, so does 3D printing and all of its uses: in April 2017, researchers from the Singapore University of Technology and Design (SUTD) together with the Georgia Institute of Technology, announced the development of a new method to 3D print shape-shifting objects.

3D printing investing facts: why is it important?

This exciting sector is a seedbed for disruptive, innovative ideas and this is the right time to invest, as the market is stable, with growth forecast.

According to Statista, the industry is expected to grow in value to $13 billion in 2018 and $21 billion by 2020. These statistics will bolster the 3D printing industry that had struggled with bad press, hype and rumours of a downfall after the bubble burst.

The next threshold is that of 4D printing, where the fourth dimension is time. This is particularly relevant in the medical arena, especially in designing devices that are implanted in the body and need to adapt and change over time.

3D printing investing facts: who are the biggest companies?

Stratasys (NASDAQ:SSYS) has been around since 1988. However, it wasn’t until 2008 that the first 3D printer was launched for production. The company’s focus is in the aerospace, automotive and education industries.

3D Systems makes 3D printing materials, products and services. They claim to be the inventor of the original 3D printing tech SLA (Stereolithography) system. Headquartered in the US, they have a market cap of $1.67 billion, big enough to rise above the unpredictable peaks and troughs of the market.

ExOne (NASDAQ:XONE) provides 3D printing machines, materials, products and services for industrial customers. Their newest material is the 300 Series stainless steel that can be used in the making of surgical instruments.

Much like other sectors and commodities, there are a number of ways to invest in 3D printing, although it can certainly be overwhelming for first time investors. Here’s a quick look at ways to invest for those looking to jump right into the market.

3D Printing (The) ETF (BATS:PRNT) was launched by ARK, a team of specialists in thematic investing, in July 2016. This is the one and only ETF dedicated to 3D printing and currently tracks 43 holdings, including HP (NYSE:HPQ), 3D Systems and Stratasys.

For those looking to play it safe, the index is a good way to minimize risk. The Solactive 3D Printing Index includes hardware and software companies who focus on 3D printing. Its most common currency is US dollars and it is composed of largely American companies, such as Autodesk (NASDAQ:ADSK) and Organovo Holdings (NASDAQ:ONVO).

Nano Dimension (NASDAQ:NNDM) is in the business of printed electronics, specializing in research and development, using nanotechnology-based ink products.

Graphene 3D Lab (TSXV:GGG) is a world leader in taking graphene-based composites and utilizing them for circuitry and functional components, for example, batteries. They are the only pure play Canadian company in the graphene sphere.

Don’t forget to follow us @INN_Technology for real-time news updates!

This is an update to the article originally published in 2017.

Securities Disclosure: I, Jocelyn Aspa, hold no direct investment interest in any company mentioned in this article.

Editorial Disclosure: Nano Dimension is a client of the Investing News Network. This article is not paid for content.