700Mhz Auction: The other side of the spectrum 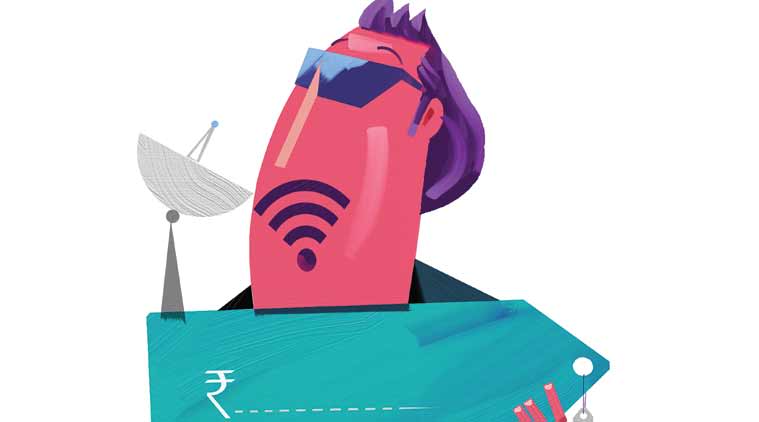 For telecom companies, a constant refrain that has resonated through nearly all the previous editions of spectrum auctions has been the lack of airwaves put under the hammer. The upcoming spectrum auctions, though, marks a sharp departure from the broader trend. While the Telecom Regulatory Authority of India (Trai) has proposed the auctioning of 35 MHz (mega Hertz) spectrum in the 700 MHz band at a reserve price of Rs 11,485 crore per MHz, the telecom operators have opposed the auction of the entire available bandwidth of the 700 MHz spectrum, questioning both the quantum of spectrum on offer as well as the proposed reserve price.

On Monday, the Telecom Commission, the highest decision-making body of the Department of Telecommunications (DoT), referenced the Trai’s recommendations back to the regulator seeking clarifications on methodology the agency used to arrive at the reserve price. The panel also questioned the rationale behind auctioning the entire chunk of spectrum available at a time when the industry does not seem ready to acquire the natural resource in the 700 MHz band.

In its recommendations to the government in January, the Trai said that while the device and equipment ecosystem for the 700 MHz band is still in a nascent stage, auctioning the airwaves would “act as a catalyst for faster development of ecosystem in this band”. The 700 MHz band is used worldwide for deployment of 4G due to its propagation characteristics that make it more efficient than other bands allowing it higher penetration capability inside buildings. Due to lower frequency it is also possible for the band to provide wider coverage, which reduces number of towers required for setting up LTE network.

Trai has based its argument to go ahead with auctioning the said spectrum on the fact that the 700 MHz band plan available for auction in India has already been adopted in over 40 countries as the prime band for deployment of 4G, or LTE, services. These 40 countries not only comprise developed markets such as the US, Australia, Singapore, but also those comparable to India, including Malaysia, Colombia, Brazil, Nepal and Argentina. Trai, in its letter to the DoT dated November 2015, had stated that 12 networks have commercially launched 4G services on the said spectrum frequency, while, according to the data provided by the regulator, only 139 devices allowed 4G network operability on the 700 MHz band.

Analysts, though, are of the view that the lack of an ecosystem for launch of services in the new band is not really an insurmountable constraint, even though it could badly dent the already stretched balance sheets of telecom companies. “Initially (on auction of 700 MHz spectrum) the industry could face the same issue it faced with 2300 MHz, where the global ecosystem itself was very limited. At least 700 MHz is there globally, but just not there in most handsets in India,” a telecommunication analyst with a leading consultancy firm said. “When 2300 MHz spectrum was auctioned initially, it was not there globally, but gradually when you had the spectrum, people started introducing most of the handsets with 2300. So once you know the band is there, new handsets will start coming into the market, we will have 700 MHz band also in the devices,” the analyst said.

Even as Trai has batted for putting the available bandwidth of the 700 MHz spectrum under the hammer, the telecom industry has flagged their discomfort against the idea of auction of the spectrum. Mobile companies suggested that not only is the technical ecosystem nascent in the country but also the fact that diverting capital expenditure to acquiring spectrum in 700 MHz would limit their capability to invest in rolling out networks where they already hold airwaves.

“The net result of this spectrum auction would not be the creation of ecosystem but the locking of huge amount of money that the operators could put out on huge amount of network. TRAI’s contention that the auction of 700 MHz will help build the ecosystem seems untenable since India has virtually no players manufacturing network equipment for 700 MHz or end user devices,” Mahesh Uppal, Director, ComFirst India, said.

Even though several industry stakeholders admitted to the role of 700 MHz in expansion of rural broadband in the country due to its propagation characteristics, lack of device ecosystem in the country has been their primary concern. “Ignoring the development of ecosystem results in under-utilization of spectrum and blocking of funds, which could have otherwise been invested in expanding the current network,” India’s leading telecom company Bharti Airtel had said in a letter to Trai. The telecom analyst, cited above, concurred with industry views that introduction of any new spectrum would further add to the stress of companies’ balance sheets. “As of today, firms have invested a lot in spectrum for data in 3G and other LTE bands. They have also bought spectrum in 1800 MHz band with the desire of launching LTE…now currently data consumption is definitely growing the market. But people still have to recover their own investments that have been made,” he said.

As of December 31, three leading mobile companies Bharti Airtel, Idea Cellular and Reliance Communications had a combined net debt of over Rs 1.56 lakh crore, according to industry estimates. The analyst also highlighted a key business concern for telecom operators suggesting that if the 4G data traffic is indeed shifted to the 700 MHz band on account of its better properties, “investments made on 1800 MHz and 2300 MHz will never get recovered”. Typically, while a telecom operator takes only few months to roll out services on spectrum it has acquired through auctions, in case of 4G the nascent market and stressed balance sheets would make it difficult for companies to bear the holding cost of 700 MHz till such a time the sector matures even more.

“It is worth recalling that 4G has been launched only recently. The potentially biggest 4G player, Reliance Jio, with nationwide spectrum is yet to launch its services even six years after the spectrum was auctioned in 2010. This provides an insight into the nature of wireless broadband market,” Uppal said. Reliance Industries Ltd’s Reliance Jio, in its response to Trai’s consultation paper had said that for availability of affordable devices and overall vendor system, “it might be sensible for to wait for major international markets/manufacturers like China and the US to act on this first so that synergies could be used to achieve efficient price points on device as well as infrastructure costs by using similar technology”.