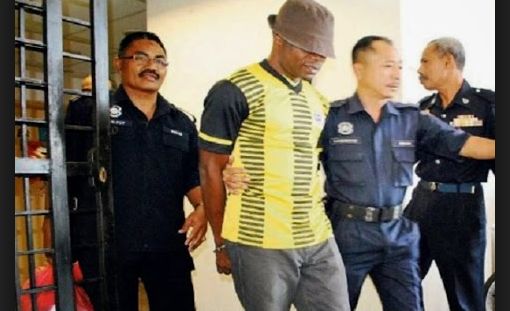 A Nigerian big boy, Chijioke Stephen Obioha, is set to be executed in Singapore on November 18, Amnesty International has reported.

Chijioke was found with over 2.6 kilograms of cannabis, an offense which, under Singapore law, mandates the death penalty.

It would be recalled that Chijioke was sentenced to death on December 30, 2008 after being arrested on April 9, 2007 for the possession of cannabis.

He appealed his sentence in August 2010, saying he is innocent, but the court refused to commute his death penalty down to a prison sentence. According to Amnesty International, in Singapore, the burden of proof lies on the defendant rather than the prosecutor. The human rights organization explained that this is a violation of the right to a fair trial.

He has since filed an appeal to clemency. Amnesty International is urging human rights activists to petition the Singapore government to grant Chijioke clemency.

But it is unlikely the government would listen since the drugs were found on him.

The Court of Appeal has already lifted the stay of execution with effect from 24 October, resulting in Chijioke’s execution date to be set for November 18.
Chijioke is still appealing to the country’s President, who has power to commute his death sentence to a prison term.