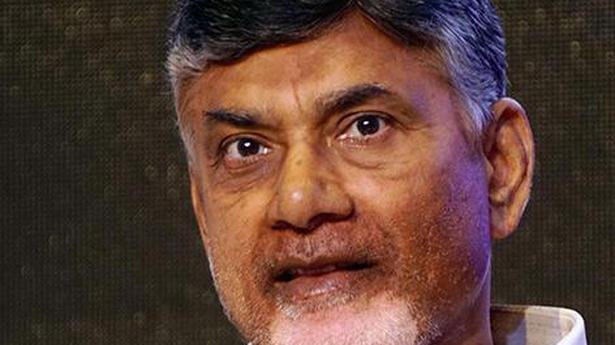 Conveying his New Year wishes to the people, Chief Minister N. Chandrababu Naidu, in an open letter on Sunday, said that Andhra Pradesh achieved the kind of results others would envy in spite of the problems it faced post bifurcation.

“President Ram Nath Kovind’s appreciation of the good work being done by the TDP government has made me proud and encourages me to strive harder to realise the people’s dreams,” he said, and added that a significant progress had been made in the construction of the capital city, Amaravati.

The Chief Minister said that A.P was a “happening State” attracting the attention of investors from around the world. The fact that countries such as Australia, Japan, Singapore, and the United Kingdom had come forward to help in re-building the State bore testimony to the government’s credibility. Notwithstanding the fiscal deficit of ₹16,000 crore and logistical constraints, A.P. made a commendable progress that merited global attention. The government gave priority to alleviating the plight of the farmers by writing off their loans and welfare of other sections.

The reforms in the power sector gave a big push to the economy, as they aimed at a consistent double-digit growth.

The Chief Minister stated that the irrigation projects were another thrust area for the government. The fruits of Pattiseema project could be relished while the Polavaram works were expedited, and more river inter-linking projects were in different stages of execution, he said.

Due priority had been attached to education and health, which were crucial to improving the living standards.

To redress public grievances, ‘Janmabhoomi-Maa Vooru’ was being launched on January 2 and the government expected every individual to contribute his or her mite for the development of the State if it were to live up to its reputation as a Sunrise State, Mr. Naidu said.

Previous “We are all waiting for a truce.”
Next In Nuova Zelanda e in Australia il primo brindisi del 2018