A time of strategic partnerships 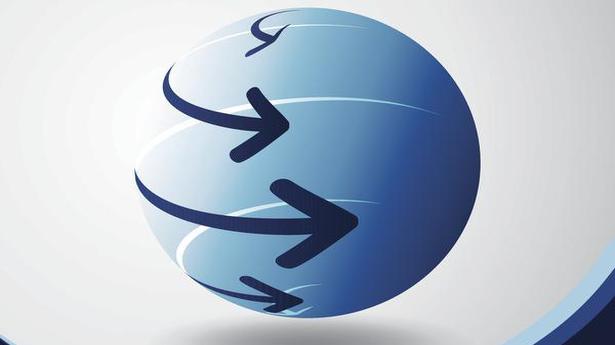 India pulled out all the stops last week to welcome Japanese Prime Minister Shinzō Abe on the occasion of his fourth annual summit with Prime Minister Narendra Modi. The India-Japan “Special Strategic and Global Partnership” — a designation and status New Delhi accords to no other partner — has reached new heights under the stewardship of the two leaders.

The rise of China and questions about America’s commitment in Asia have drawn them into a deepening security-cum-economic relationship. How deep is it? As Mr. Abe wrapped up his visit last Thursday, speculation arose on the possibility of an evolving “alliance” between the two countries given just how much their interests converge. Such analyses, though pointing in the right direction, may not capture the true nature of the India-Japan “strategic partnership.”

The India-Japan synergy has two key elements. Japan is investing heavily in strengthening its critical infrastructure to enhance its economic and potential defence capabilities. Simultaneously, the two countries have begun working on a joint infrastructure development and connectivity drive traversing the Indian Ocean, from Myanmar to Sri Lanka to Iran and encompassing the Asia-Africa Growth Corridor. On defence matters, Japan and India have agreed to establish regular consultations in the “2+2” format of their defence and foreign ministries. Their navies exercise regularly together with the U.S. Navy. And negotiations on arms sales — notably, the ShinMaywa US-2i amphibious aircraft — are on. Japanese investment in the strategically placed Andaman and Nicobar Islands is likely to help New Delhi establish a major security sentinel in the eastern Indian Ocean.

But this is not an alliance in the making. Alliances are passé and only a few continue gingerly from the Cold War era. We live in a world today driven by “strategic partnerships”. States find themselves in an interdependent system where the traditional power politics of yesteryear doesn’t quite fit. After all, every major relationship characterised by strategic tension such as U.S.-China, Japan-China, India-China is simultaneously one of economic gain. The U.S. and China are each other’s chief trading partners, while China ranks at the top for Japan and India. Besides, India might confront China at Doklam but it also wants Chinese investment.

Strategic partnerships carry certain characteristic features falling short of alliances. First, unlike alliances, they do not demand commitments to a partner’s disputes with other countries. New Delhi does not take a strong position on Japan’s territorial disputes with China and Russia. Likewise, Tokyo does not openly side with India in its quarrels with China and Pakistan. For instance, Japan’s reaction to the Doklam stand-off, though critical of China implicitly, did not go beyond saying that “all parties involved should not resort to unilateral attempts to change the status quo by force.” India’s reaction to the verdict of the arbitral tribunal on the South China Sea last year, urging “all parties to show utmost respect for the UNCLOS”, reflected a similar dispensation despite Japan’s push for a stronger statement. There was also no explicit mention of the South China Sea in the latest joint statement.

Strategic partnership means, first, that both retain the flexibility to continue political engagement and economic cooperation with their common adversary. Second, they avoid “entrapment”, or being dragged into a partner’s disputes and potentially into conflict, which happened in the First World War. Third, regular high-level political and military interactions facilitate a collaborative approach to strategic policies over a range of economic and military activities. India and Japan, for instance, are not only moving forward on economic and defence cooperation but are also cooperating on other important issues such as civil nuclear energy and Security Council reform.

Given that resort to war is undesirable owing to economic interdependence as well as the presence of nuclear weapons, the aim of major strategic partnerships is to strengthen defences against marginal conflict, convey a determination to stand up to a strategic adversary and, overall, generate a persuasive environment that discourages potential intimidation. Occasionally, as between India and China, a “strategic partnership” is a way of opening a channel of communication and minimal cooperation intended to stabilise and develop the potential for a détente and conceivably something warmer. In this particular case, not much has been accomplished thus far, but it remains a low-cost option for expanding cooperation in the event the political fundamentals of the relationship show an upward swing.

India’s two main strategic partnerships, with the U.S. and Japan, are dovetailing nicely. For New Delhi, the U.S. will remain its chief backer both to enhance India’s conventional defence capabilities and to draw political support in global political institutions, for example in components of the nuclear non-proliferation regime. Japan, in the meantime, is becoming its primary collaborator in developing its economic sinews and for building a geostrategic network that offers Indian Ocean states an alternative to dependence on China. Together, the emerging structure of triangular cooperation should give Beijing pause to think.