Academia INSIGHT: How do we engage a hegemonic China?

Despite the hype surrounding Indonesia’s campaign for a non-permanent seat at the UN Security Council, dealing with China, a country that is no longer rising and is instead behaving like a regional hegemon, remains the country’s toughest foreign policy test.

Gone are the days when buzzwords like “peaceful rise” and “charm offensive” dominate China’s engagement with Southeast Asia. Even phrases like “win-win cooperation” ring hollow, as we have recently seen with how Beijing’s media mouthpieces bullied Singapore over the region’s legitimate concerns in the South China Sea.

It is also becoming harder to ignore China’s deliberate wedge-driving that fractured ASEAN unity and consequently undermined its centrality. Further more, while some US actions can be counterproductive in the South China Sea (e.g. freedom of navigation operations), China’s flouting of UNCLOS processes, including the July 12 arbitral tribunal ruling, has damaging long-term repercussions for the region’s fledgling regional architecture.

More importantly, China’s encroachment on Indonesia’s sovereign rights around the Natunas can no longer be swept under the rug as “isolated incidents”. As long as Beijing continues to claim “historic fishing rights” in parts of our waters — as its official maps continue to present — Indonesia’s maritime space remains insecure.

And yet, even with its maritime interests compromised as the region undergoes strategic flux, Indonesia seems unable or unwilling to step up to the plate.

On the South China Sea, for example, observers believe that Indonesia has indeed taken a position: to seek strategic autonomy while maintaining an “honest broker non-claimant” role. The biggest flaw with this “hedging” strategy? It is basically a cop-out — it is devoid of leadership and does nothing to change Beijing’s calculus or the shifting facts on the ground, so to speak.

In the meantime, Indonesia’s strategic capital is withering away.

Lest we forget, in international politics, perception is more important than reality, and President Joko “Jokowi” Widodo’s Indonesia has been perceived to be shrinking from its leadership role, caring only about a narrow domestic development agenda and even willing to sacrifice ASEAN at the altar of better relations with China.

One way to overturn these perceptions is to craft and publicly execute a China policy based on three principles: coherence, balance and independence.

A coherent position requires Jakarta to get its foreign policy-making house in order even as it invites new stakeholders, such as the ministries of defense and fisheries, the Navy and the coast guard (for the Natunas and the South China Sea).

An ideal solution would be to create an executive National Security Council (NSC). This isn’t the “council of principals” (consisting of the military and police chiefs with the ministers of defense and foreign affairs, for example) envisioned by the now-defunct national security bill. Instead, an executive NSC should be under the President’s office and act as a centralized information center and policy advice hub the President can call on.

In short, dealing with Beijing requires a collective effort coordinated by a single hub. China is too important a foreign policy test to be left to the sole purview of diplomats.

A balanced great power management, meanwhile, entails that we don’t fully side with one power at the expense of another, while ensuring that we protect our national interests — a policy of pragmatic equidistance, in short.

This means that Jakarta should continue deepening its comprehensive strategic partnership with Beijing, for example, but on equal terms and not at the expense of other strategic partnerships. This also requires a realization that, economically, the narrative that Indonesia needs China more than the other way around is flawed.

In a recent 2016 study, Indonesia-China Economic Relations in the Twenty-First Century: Opportunities and Challenges, Yuki Fukuoka and Kiki Verico show that China has actually benefited more from the expanding trade relations with Indonesia. This is primarily because China enjoys comparative advantage in a broader range of trading products (77 percent, most notably in manufactured products) than Indonesia.

Consequently, as the study argues, Indonesia’s biggest export to China has mostly been from the natural resource sector (mining exports reached US$5.82 billion in 2010, 41.4 percent of total exports). So the fear that China would play the “economic coercion” card if Indonesia stands up forcefully — for our sovereign rights in the Natunas, for UNCLOS and for our fellow ASEAN members in the South China Sea — seems unwarranted.

Regionally, a balanced China policy requires Indonesia to take its leadership role more seriously beyond last-minute pushes during ASEAN meetings. If Jakarta believes multilateralism to be the best course of action, then invest in it and take the lead, but if our interests dictate that multilateralism is too cumbersome, then we need a more geopolitically nimble strategy — one that does not rely on the good graces of Washington and Beijing, but instead focuses on other regional partners like India, Australia, or Japan.

Finally, an independent China policy means that our national interests — not the personal interests of some members of the political elite — dictate when and how we should craft an assertive, proactive and balanced foreign policy.

Often the “independent” part of the bebas aktif doctrine is interpreted as being free from external intervention, but as we have seen recently such “interventions” may come through “back doors” in the domestic political arena. Put differently, domestic politics has taken over geopolitics when it comes to Indonesia’s China policy.

Of course, independence also depends on shedding bureaucratic group-thinks and abandoning rhetorical positions that give us short-term flexibility but long-term stagnation (e.g. the “non-claimant” position). But overall, combining the improvement of domestic maritime governance and foreign policymaking with flexible diplomatic positions should put us in the best position to be independent in crafting our China policy.
___________________________

The writer is a researcher at the Centre for Strategic and International Studies (CSIS), Jakarta. 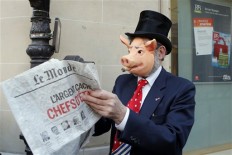 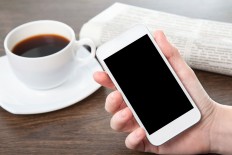 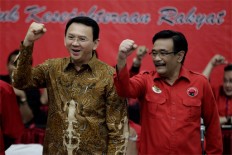