President Joko “Jokowi” Widodo has set ambitious targets for the tourist and hospitality sectors in Indonesia by 2019. While his goals could be achieved within his stated timeframe, and capital has been mobilized to develop one crucial area for success, there must be a holistic approach to developing the sector and ensuring these targets are reached.

Thus far the discussions have centered on financing infrastructure development projects to attract foreign visitors — the “provide them Wi-Fi roads, and airports” approach. There is a much more nuanced aspect to developing this sector, crucial to attaining the government’s goals, and one that is lacking structure and funding.

Indonesia has, or is developing, two of the three legs for creating a stable, sustainable tourist and hospitality sector.

Twenty million foreign visitors per year are expected to reach Indonesia by 2019. Last year Indonesia just crossed the 10 million visitors mark and is projected to surpass it once again this year.

Furthermore, it is projected that the tourist and hospitality sector is to account for 15.9 percent of gross domestic product (GDP) in the same timeframe; currently it provides 9.3 percent of GDP. It is anticipated that by doubling the number of foreign visitors, the foreign currency reserve will also double from its current level of US$10 billion per year.

Given all of the above goals, it is safe to assume that the government is seeking to attract “high-spending” foreign visitors who are willing to shell out their hard-earned money in Indonesia — not the budget travelers, backpackers or surfers.

There is another interesting aspect to these goals as President Jokowi has called for the creation of 10 new “Bali-esque” tourist destinations from all across the archipelago and each with a different level of experience in providing top-rate tourism services.

But, what are the key components to a successful tourism development program to attract the high-spenders that have flocked to destinations like Bali, and how can Indonesia ensure that they will achieve it in such a short timeframe? And what can the government do to ensure that these visitors will become “good ambassadors” in spreading the word to others about travelling to Indonesia, let alone become repeat visitors themselves?

Let’s start with the three fundamental pillars of a successful tourist sector, which attracts the highspending foreign visitor. It consists of three components: attraction, infrastructure, and service.

Attraction is what brings someone to the country; it can be natural vistas, culture, or man-made phenomena. Without the attraction component there is no chance of attracting visitors, no one has successfully marketed visiting the most boring place on Earth.

Fortunately Indonesia has been blessed with all three subsets of attraction; from beautiful volcanoes and beaches to a rich, historical culture with friendly people to amazing man-made structures like Borobudur temple.

Indeed, the World Bank has listed Indonesia as having one of the highest potentials in the world for attracting foreign visitors. However, attracting visitors, especially the high-spenders, is not enough on its own to ensure a successful tourist and hospitality sector.

The current focus of the government is to develop the second component, infrastructure.

It has been reported that the Tourism Ministry was given the green light to use part of the Rp 89 trillion (US$6.8 billion) budget from the Villages, Disadvantaged Regions and Transmigration Ministry to provide Rp 1 billion per annum for pilot programs to build infrastructure in villages for tourism development.

Additionally, private investment has reportedly surged to $1 billion in 2015, a 45 percent increase from the previous year.

The government of Indonesia is also under discussion with the World Bank to secure a $200 million loan for this goal; although an unspecified amount has been mentioned to be used for capacity building initiatives. Again, this is an important aspect of achieving the government’s goals, but it is not enough to ensure it will happen.

The third pillar, absolutely required too if the government is to succeed in its goals, centers on the level of service provided to highspending tourists. Particularly considering that US and European visitors must travel between 16-35 hours just to reach their tourist attraction, they expect a high level of service once they arrive. Attracting these two groups of high-spending foreign visitors is vital for the government’s objectives.

Even if infrastructure is found to be inadequate, a high-level of service can overcome these issues and promote tourism once they return and share experiences with co-workers, friends, and family — or even with a wider audience on websites such as Travelocity or TripAdvisor.

Hospitality can overcome a deficit in infrastructure, but not the other way around; most travelers are willing to tolerate minor infrastructure deficiencies but expect excellent service in return.

However, the development of this third pillar has been left out of the discussion on how Indonesia will go about delivering on pledges to develop its tourist and hospitality sector.

The government can provide a structure, complete with a funding mechanism, to promote capacity building initiatives that will match high-spending visitors’ expectations. It needs to go hand-in-hand with infrastructure development initiatives, so that all three components are ready to attract and serve visitors at the same time.

Furthermore, this needs to include the public and private sectors. The government should require investors to support human capital development in the hospitality sector, especially in areas where there is not a significant historical linkage to hospitality service.

This not only benefits the hoteliers for drawing on a skilled group for employment, but it also helps promote the supporting actors of tourism: the local tour guides, restaurateurs, craftsman and other service providers.

Indonesia is having one of the highest potentials in the world for attracting foreign visitors.

The writer is co-founder of Jugo Consultancy, a Singapore based meetings and hospitality consultancy company, working in the ASEAN region. 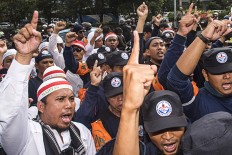 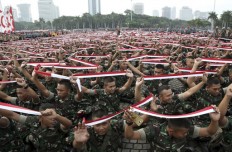