In just a few weeks, Indonesia is expected to have its peak rainfall according to the Meteorological, Climatology and Geophysics Agency (BMKG). January and February are predicted to be the wettest months of this rainy season.

Along with the increasing rainfall, diseases are also rising, especially those transmitted by mosquitoes. Among those diseases, dengue is the most anticipated as it poses the greatest threat to humans.

Every year, about 390 million people are infected with dengue with a 2.5 percent fatality rate. This number will likely increase following the rising effects of global warming and mosquito adaptation.

Dengue is a viral infection caused by the dengue virus, primarily transmitted by aedes aegepti mosquitoes, which have adapted to human environments. Though this primarily infects humans in urban settings, the number of cases in rural areas is increasing.

Until today, the Health Ministry’s program to prevent the spreading of dengue is focused on vector control. The featured program aims to eliminate mosquito nests through draining, closing and recycling ( 3M ) and by pouring larvicide in difficult-to-clean water containers, using curtains while sleeping, controlling home ventilation and lighting and etc.  Health resources have not succeeded in curbing dengue cases. Moreover, during rainy season disease outbreak is unavoidable.

One of the most effective ways to prevent the spread of dengue is the now available dengue vaccine. The first ever licensed dengue vaccine CYD-TDV or Dengvaxia has been approved in Indonesia. Meanwhile, several other dengue vaccine candidates are currently in clinical development.

The vaccination using CYD-TDV consists of three injections administered at six month intervals. Its administration is recommended for dengue illness for all dengue virus serotypes for individuals 9 to 45 or 9 to 60 years of age depending on certain conditions and residing in endemic dengue areas. Children under 9 years are excluded, due to safety concerns identified during clinical trials.

The World Health Organization has used a mathematical model to predict the impact of CYD-TDV when administered through a routine immunization program. With assumed vaccine coverage of 80 percent for the three-dose series and vaccination at 9 years of age, it was found that deployment of CYD-TDV would result in an overall reduction in dengue illness in settings with moderate to high transmission intensity. The impact was greatest in high transmission intensity settings, where the reduction in symptomatic and hospitalized dengue ranged from 10 percent to 30 percent over the 30-year period. The endemic region will be the most benefited by the vaccination program.

Considering cost, the Indonesian government rejected the idea of adopting this into the national program and instead, claimed to make its own vaccine with the goal of making the vaccine prototype available in 2020. However, the development of an Indonesian dengue vaccine, compared to Thailand and Singapore, has lagged behind as its requirement for sophisticated infrastructure and technological support are not available. Lack of funding and complicated bureaucratic administration has prolonged unnecessary delays for the development of this vaccine.

For the government to play a role in the public health system, in this case, investing on dengue vaccine research, policy makers must provide the political and financial support needed for strong and effective disease prevention.

Thus, to optimize the effort of dengue prevention, the government needs to shift its approach of dengue prevention from low cost yet unspecific health requirements into investing in high cost and enabling specific medical protection to the population. We should bear in mind that the longer we wait, the more dengue victims we will lose.

The writer is a medical doctor from the University of Indonesia and an LPDP awardee. She was an Indonesian civil society representative for the UN General Assembly in 2011 and a former Asia Pacific regional coordinator for the standing committee on public health in the International Federation of Medical Students’ Association. 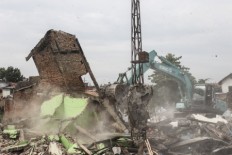 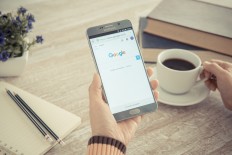 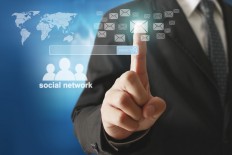