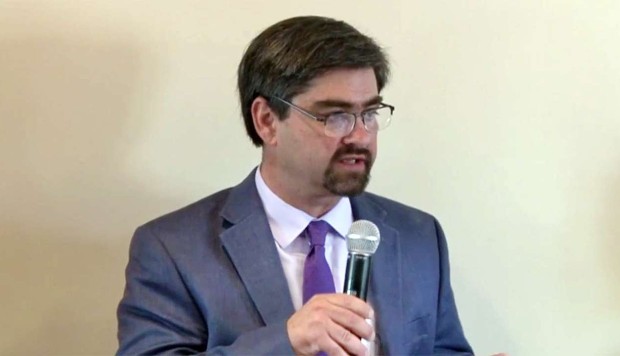 Instead of stating how poor someone should be to qualify, Hong Kong could discuss how the rich could be excluded from its pension scheme, said a World Bank expert on retirement protection.

Senior World Bank pension economist Robert Palacios also expressed concern over the Mandatory Provident Fund’s offset mechanism, where an employee’s severance pay can be offset by the contributions made to his or her retirement funds. He said the mechanism undermined the effectiveness of the city’s retirement protection plans.

Hong Kong has been debating setting up a pension scheme since the 1990s. The current administration launched a public consultation on the issue, which is to end in June. Much of the debate so far has focused on whether Hong Kong should have a universal pension scheme or not, with the government in favour of a means-tested one.

“The well-off don’t need it,” Palacios said, and an affluence test could minimise the traditional stigma surrounding welfare.

His assessment that a pension should be targeted towards the poor matches the government’s direction. The government has held various public consultation sessions where Chief Secretary Carrie Lam Cheng Yuet-ngor labelled any universal pension plan as “too costly”, while touting a means-tested payment for those with assets of HK$80,000 or less – a suggestion labelled as stingy as only 23 per cent of elderly people would qualify for the HK$3,500 monthly pension.

However, instead of drawing a line at how poor someone needs to be in order to be eligible for a pension, Hong Kong could think of using an “affluence test” to eliminate the wealthy, Palacios told the media at a pension forum organised by an NGO but hosted at the government headquarters.

His comments echoed a revised proposal by pension expert Nelson Chow Wing-sun, who proposed an asset limit which would exclude the richest 5 per cent of elderly Hongkongers from the pension scheme.

Palacios also criticised the current retirement protection system, the MPF, saying it was problematic because of the offset mechanism. He said it was the only such case he had seen in the world.

“There is a contribution being made that is being used for two purposes, which is not achieving either one very well. It’s being used as an unemployment benefit and at the same time … as a pension,” he said.

Global Aging Institute president Richard Jackson said it was “an awkward time to get old” in Hong Kong as the MPF was immature whereas traditional family retirement support was breaking down.

His institute’s study of 10 of Asia’s economies in 2014 found that 41 per cent of Hongkongers thought the government should be mostly responsible for providing income for retired people, compared to 23 per cent in South Korea and 30 per cent in Singapore.

Also speaking at the forum, the chief secretary admitted that the MPF “could be better”. But she fell short of saying that the offset mechanism should be scrapped.

Previous Nomura Fires 1,000 As It Quits European Equity Business; Blames “Extreme Volatility And Lack Of Liquidity”
Next Gold climbs as dollar sinks to near 8-month low