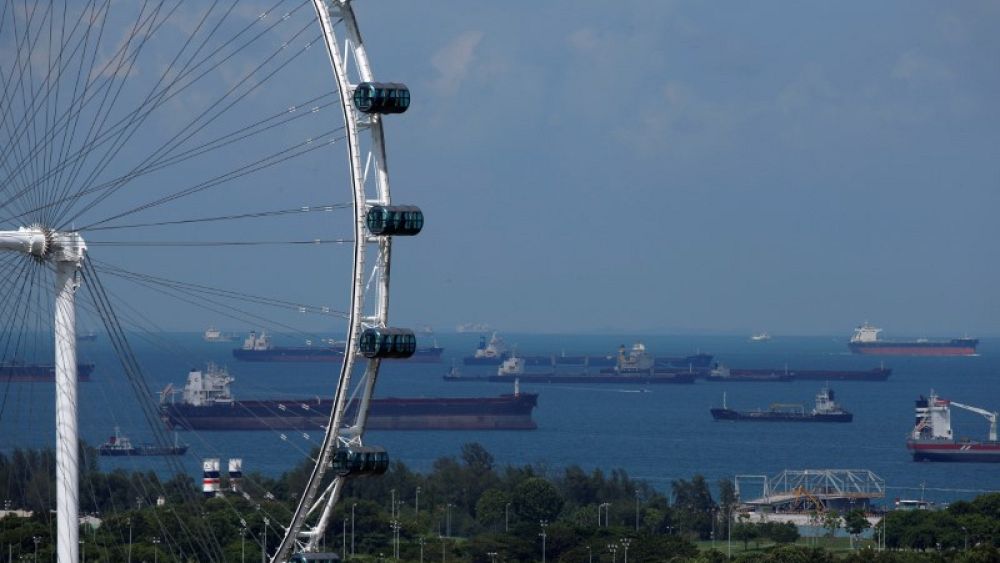 By Henning Gloystein
SINGAPORE (Reuters) – After years of often explosive growth, fuel consumption in Asia’s biggest economies is stuttering, undermining efforts led by the Organization of the Petroleum Exporting Countries (OPEC) to end a global supply glut and lift prices.
Gobbling up over a third of global supplies, Asia is the world’s biggest and fastest growing region for oil consumption, and its seemingly insatiable fuel thirst has long been a core support for prices.
Now, some say that picture of buoyant growth in demand is crumbling.
“The signs of growing demand aren’t quite what they seem. Chinese fuel growth is at a three year low, Japanese fuel demand is down,” said Matt Stanley, a fuel broker at Freight Investor Services (FIS) in Dubai. “Considering the sheer volume of product available… sooner or later I think we could see some distressed sellers.”
Brent crude oil futures

NO END TO GLUT?
With demand faltering in Asia’s four biggest oil consuming countries, efforts led by OPEC and Russia to cut output by 1.8 million bpd during the first half of the year to rein in a global fuel supply overhang could be undermined, resulting in calls by Saudi Arabia to extend the cuts into the second half of 2017.
Goldman Sachs said in a note to clients on Wednesday that its long-term forecast for benchmark U.S. crude is $50 per barrel

(Additional reporting by Osamu Tsukimori in TOKYO, Jane Chung in SEOUL, and Nidhi Verma in NEWDELHI; Editing by Martin Howell)