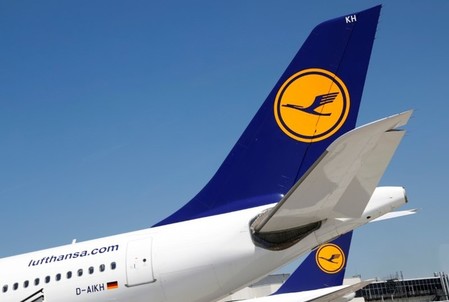 German carrier Air Berlin on Saturday said it had banned Samsung’s Galaxy Note 7 mobile phones from flights, while rival Lufthansa said it had banned the phones on services to and from the United States and expected that soon the ban would apply to all other Lufthansa business.The bans come in response to numerous reports of the devices catching fire.A note on Air Berlin’s customer website said that carrying the mobile phones was not allowed on its flights with immediate effect.Earlier on Saturday, Singapore Airlines said it had banned the mobile phones and U.S. regulators said on Friday the devices would be banned starting from Saturday noon EDT under an emergency order.A Lufthansa spokesman, in reply to a question, said the airline was banning the Samsung Galaxy Note 7 on all U.S.-related flights for the time being with the wider ban expected soon.(Reporting by Ralf Bode; Writing by Vera Eckert; Editing by Andrew Bolton)Stocks treated in this article : Deutsche Lufthansa AG, Air Berlin Plc