AirAsia tickets for as low as Rs 999, but there are riders 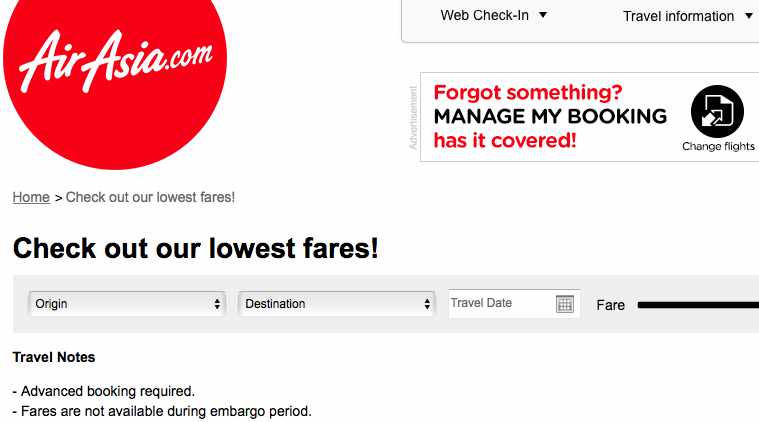 While the cheap fares are really hard to find, we could spot Rs 999 tickets on Guwahati-Imphal and Kochi-Bangalore routes.

Available only on AirAsia.com, most of these tickets are non-refundable.

Interestingly, there are good deals on tickets to Singapore via Kuala Lumpur from Kolkata and Kochi. Similarly, Goa-Bengaluru tickets are available for as low as Rs 1,199.