All that glitters may be fake gold: 2 charged in alleged scam 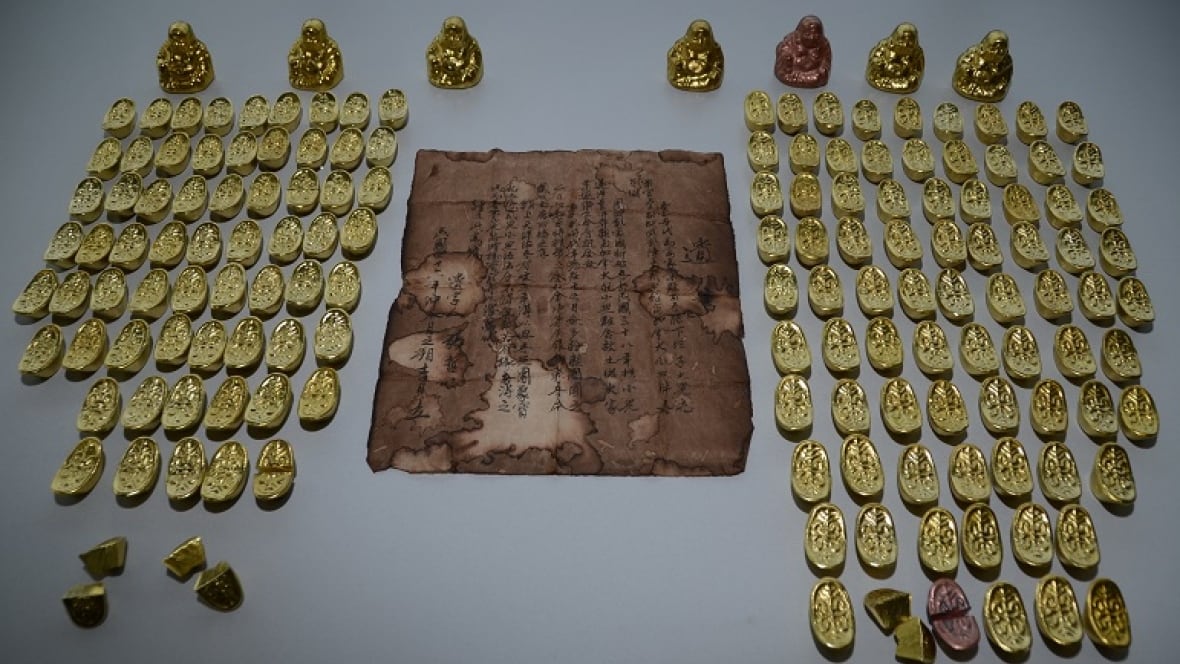 Beware anyone selling “priceless” gold artifacts — they might actually be worthless. An alleged fake gold scam has resurfaced in Richmond, and two men have been charged with fraud.

RCMP uncovered the alleged scheme when a victim called police on Dec. 21 to report he’d been sold golden trinkets that turned out to be fake.

“This is the second time Richmond RCMP have arrested individuals associated to this type of crime, but it’s a crime that knows no boundaries, with arrests reportedly having taken place in Japan, Singapore and the United States,” Acting Cpl. Adriana Peralta said in a news release.

Investigators say they were able to link the first report to a second incident in Surrey and tracked down two suspects with the help of the Canada Border Services Agency and the San Francisco district attorney’s office.

Chinese nationals Dejin Xu, 52, and Zhong Yang, 49, were arrested on Jan. 6 and have been charged with two counts each of fraud over $5,000. They remain in police custody.

Mounties say they first became aware of this variety of fraud in 2010. In 2015, another Chinese national was charged in connection to a similar fraud; he had posed as a construction worker and said he had discovered a stash of gold Buddha figurines and ingots.

That man was convicted of fraud and deported.

Police say anyone approached with a chance to buy gold artifacts should have the items tested independently and get a lawyer involved in the deal.