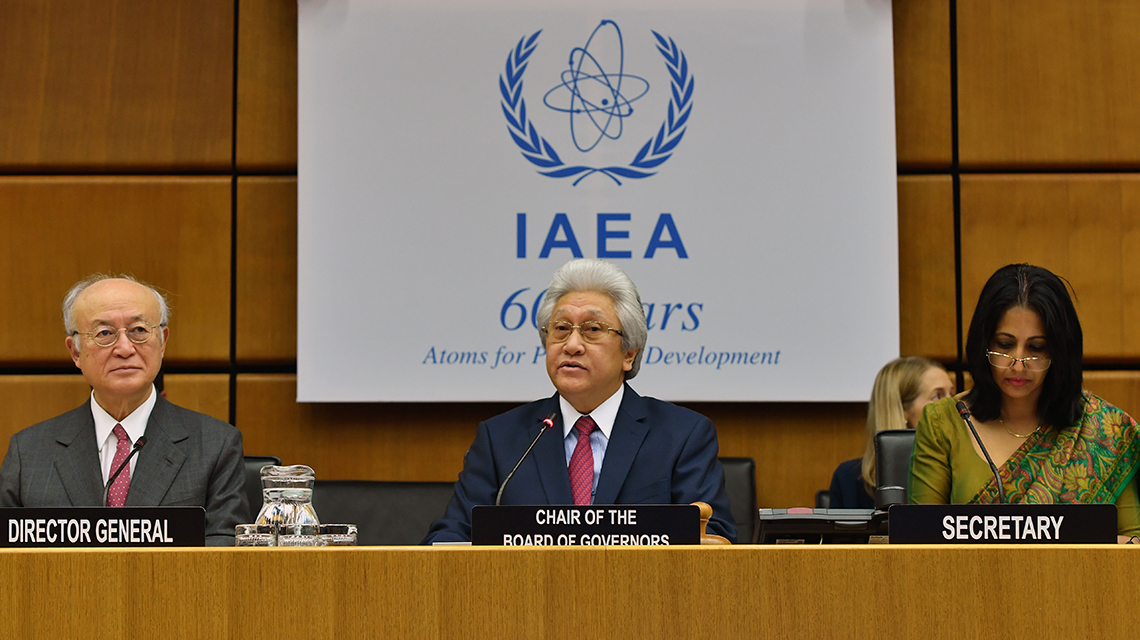 Ambassador Darmansjah Djumala is Indonesia’s Permanent Representative to the United Nations and International Organizations in Vienna and is also his country’s Ambassador to Austria and Slovenia.

He has held a number of important positons in the Indonesian Foreign Ministry, including Director of the Diplomatic Training and Education Center from 2006 to 2010 and Director General of the Policy Analysis and Development Agency from 2014 to 2015. Prior to taking up his current assignment, Ambassador Djumala was the Chief of the President’s Office and Secretary to the President from 2015 to 2017.

Ambassador Djumala is a lecturer at the postgraduate school of the Faculty of Social and Political Science in the University of Padjadjaran in Bandung and at the Faculty of Defence Strategy in the National Defense University, Jakarta.

Ambassador Djumala has a Ph.D. in Politics and Government from the Faculty of Social and Political Sciences, Padjadjaran University in Bandung, a Master of Arts in International Relations from Webster University in Geneva and a Bachelor’s Degree in Economics and Development Studies from the Sriwijaya University in Palembang.

During the one-day session, the Board of Governors also elected the two Vice-Chairs, Governor of Denmark Liselotte Kjærsgaard Plesner and Governor of Slovenia Andrej Benedejčič.

Eleven countries have been newly elected to serve on the 35-member IAEA Board of Governors for the period 2017–2018. The election took place on Thursday 21 September at the plenary session of the IAEA General Conference. The newly elected Board members are Armenia, Belgium, Chile, Indonesia, Jordan, Kenya, the Republic of Korea, Portugal, Serbia, the Sudan and the Bolivarian Republic of Venezuela.