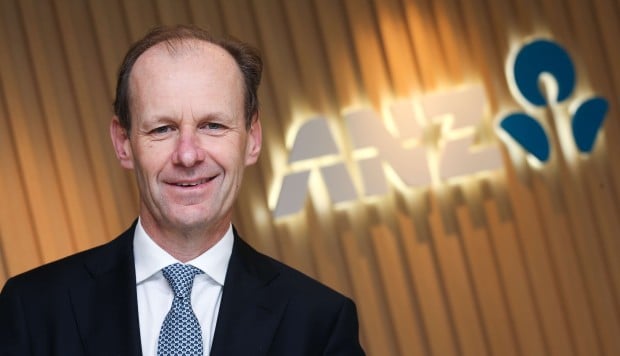 Australia and New Zealand Banking Group has agreed to sell its retail and wealth management businesses in five Asian markets, including Hong Kong, to Singapore lender DBS as it seeks to focus on institutional banking in the region, according to chief executive Shayne Elliott.

The deal will see DBS pay about S$110 million above the book value of the businesses in Singapore, Hong Kong, mainland China, Taiwan and Indonesia.

Speaking in an interview with the South China Morning Post after announcing the deal on Monday, Elliott says the disposal does not mean a withdrawal from Asia as the Melbourne-headquartered lender will continue to expand its institutional banking business in trade, foreign-exchange, debt and yuan services for corporate clients in the region.

“We are definitely not leaving as we are very committed to this region. What we are doing is to dispose of our non-core businesses as the retail banking and wealth management operations in these markets are tiny. We want to focus our resources on what we are good at, which include retail banking in our home markets in Australia and New Zealand as well as institutional banking in Asia,” Elliott said.

“We want to become a simpler, smaller but more profitable bank. We believe we can achieve this goal if we focus on what we are good at.”

ANZ now has about 5,000 staff in the retail and wealth management businesses in the five markets. Elliott said 80 per cent of them would join DBS to ensure those 1.3 million customers would continue to enjoy the services.

“The rest would be redeployed to other departments in ANZ while some may leave the bank,” he said.

While ANZ has institutional banking businesses in 34 markets globally, the core of these operations is concentrated in 15 Asian markets, which together employ about 1,500 staff and serve large corporations such as CK Hutchison Holdings and Singapore Telecommunications.

Since running the retail banking business in Asia two decades ago, the bank embarked on an expansion in 2010 through acquisitions related to the Royal Bank of Scotland.

“We can continue to invest to expand these businesses further, but that is talking about a huge sum of money to develop digital and internet banking to meet all the regulatory requirements. It does not make sense for us to invest further in the area, so we decide to dispose of these non-core businesses,” he said.

Elliott said ANZ would suffer a A$265 million loss on the deal due to the write-off of some technology systems, which would be booked in the 2017 financial statement.

He said the bank would review its retail business in Vietnam and the Philippines while leaving Japan, Laos and Cambodia intact.

Tan Su Shan, group head of consumer banking and wealth management at DBS, said the deal, which covers more than 100,000 wealthy customers and A$23 billion of assets under management, would help the bank expand further.

“Over the years, DBS has made significant strides in the wealth business and recently became the first Singapore and Asian bank to break into the top five private banks in Asia-Pacific. This acquisition will further cement our leadership position,” Tan said.