Japan, South Korea and Singapore are deepening their Arctic engagement. Along with China and India they were accepted as Permanent Observers at the Arctic Council in May 2013. Although becoming an observer does not dramatically change their status as non-Arctic coastal states in international fora, there are signs that these three countries have started to engage with the Arctic more seriously. 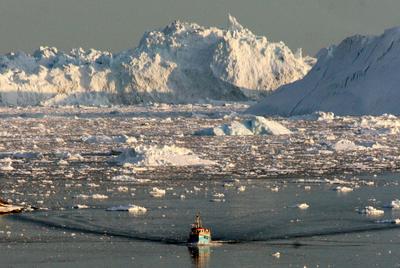 The Japanese government hopes to secure its future interests in the Arctic one step at a time. Because Japan does not have legal title to access natural resources in the region, except in Svalbard, it is considered critical to engage with littoral states through research and development.

Considering Japan is not an Arctic coastal state, it has a long history in the Arctic. Japan has conducted polar research since 1957 and been a member of the International Arctic Science Committee (IASC) since 1990. The Japanese government believes it is important to deliver and build upon concrete results to ‘get the credit’ for its involvement. Examples are the breadth of scientific research findings, the assignment of an Arctic ambassador, the renewed Basic Plan on Ocean Policy that includes the Arctic, and having a Japanese petroleum company begin oil production in Norway. Business and industry play a critical role in the development of Japan’s Arctic policy — often raising development of the Northern Sea Route (NSR) as a priority. Indeed the Ministry of Land, Infrastructure and Transportation has been investigating the practical legal implications of using the NSR along the Russian coast. Such recent ministerial activities on Arctic affairs are gaining attention in Japan’s domestic political arena.

Like Japan, South Korea is dependent on imported energy. But as a latecomer in securing energy sources abroad, South Korea has not hesitated to express its eagerness to engage and invest in energy development projects in the Arctic.

Given its relatively recent entry into Arctic-related activities, South Korea has achieved a lot in its pursuit of further engagement. It was only in 2002 that South Korea became a full member of the IASC and opened its first research station in Svalbard. In 2009, it launched the research vessel Araon, and in September 2012 former President Lee Myung-Bak visited Greenland and Norway. In the policy arena, South Korea identified the Arctic as a priority before the Arctic Council welcomed South Korea as one of the new Permanent Observers. Unlike some other Asian countries, South Korea is not hesitant to express its interest in exploring new energy sources in the Arctic. The South Korean government’s National Basic Energy Plan 2008–2030 set the direction for this. Another important aspect of the Arctic for South Korea — a maritime nation — is the possibility of using the NSR for shipping. In October 2013, the country made its first commercial freight voyage using the route. On Arctic policy, South Korea is being a vocal and strategic actor.

Compared to Japan and South Korea, Singapore has little history of engagement in the polar regions. As a city-state in Southeast Asia just north of the Equator, Singapore would not appear to have any significant interest in the Arctic. It is commonly assumed that Singapore’s interest is driven by the potential challenge the NSR poses to Singapore’s role as a global shipping hub. But Singapore sees an opportunity in the Arctic to use its expertise in the running of major port facilities and two industries of vital importance to Singapore’s economy — offshore and marine engineering. Singapore, perhaps recognising the influence of indigenous communities in Arctic decision-making, has emphasised the importance of indigenous people and their ability to continue their lifestyle.

The Arctic may not be a top policy priority for Japan, South Korea and Singapore, but it is increasingly important. Japan is slowly preparing to ensure that any future investment in the Arctic will make sense for the Japanese government and for Japanese business. South Korea, on the other hand, has demonstrated firm government backing on Arctic issues with its remarkable five-year plan, but implementation of the plan is in its initial stages. Singapore says it has no political interest in the Arctic, but would like business agreements that mutually benefit the Arctic littoral states and Singapore.

Still, given that Japan, South Korea and Singapore are among the world’s largest maritime trading nations, they see being part of the decision-making and rule-making processes with regards to the Arctic as essential. Their new status as Permanent Observers at the Arctic Council has made it easier for governments and businesses in these countries to assert a legitimate interest in the Arctic, whether it has to do with climate change, scientific research or commercial opportunities.

Aki Tonami is a researcher at the Nordic Institute of Asian Studies, University of Copenhagen.