Are Hong Kong’s university students ready for the workplace of the future?

Years of toiling over excessive homework and rote learning to cope with make-or-break exams seem to have failed to prepare Hong Kong’s youngsters for the workplace, which might trigger post-university stress, according to experts.

Educators and a lawmaker are calling for wide-ranging changes to how schools teach students – such as introducing life-planning education at junior secondary level and putting more emphasis on greater diversity in education and career paths to overhaul the current exam-oriented system.

Their remarks came after a recent study suggested that local students are less prepared than those in Singapore and South Korea for a future work environment where technology is expected to change the global work landscape.

Hong Kong not equipping students for the future as well as Singapore or South Korea, study says

“Hong Kong students are, in general, diligent and hardworking,” said Jennifer Ma Yin-wai, a co-founder and director of Arch Education, a private institute in Hong Kong that offers tutoring and helps prepare students for university.

“The government is also trying to push for diversity in education by giving grants to schools in the promotion of STEM [Science, Technology, Engineering and Mathematics] and life planning initiatives,” she said. “However, the ultimate driver for creativity and positivity in students’ learning mindset is the ability to generate intrinsic motivation.”

Ma, who had worked as a banker with Goldman Sachs, found “a gap and disconnect between education and the real world” when she was recruiting fresh graduates to the US company in 2008.

“We found lots of the candidates, despite graduating from top universities with a comprehensive list of extra-curricula activities and star-rated academic background, did not exhibit the key transferable skills and mentality necessary in the workplace.” Besides being able to exhibit critical thinking and communication skills, she said it was important to have a sense of curiosity to learn about and understand world affairs as well as showing a willingness to question.

“Either the exam standards in Hong Kong are too high, thereby suppressing their abilities initially, or they have not found passion and interests in subjects or extra-curricula areas that boost their confidence and in turn their overall ability,” she said.

“If it were due to the former, I feel there must be a way to improve the examination marking schemes in Hong Kong to better reflect students’ genuine abilities. If it were the latter, we may wish to consider how we can broaden the education opportunities and comprehensive exposure in Hong Kong to encourage students to ‘find themselves’ and ‘drive their own destiny’.”

“Hong Kong fresh graduates appear to be not as outspoken and proactive as overseas fresh graduates during job interviews, although we don’t see a significant difference in working abilities between them,” he said.

But he pointed out that local graduates were generally weaker in advanced digital skills, such as Google Analytics. That was mainly because “local universities did not provide formal training in this area”.

Hong Kong ranked 14th in an Economist Intelligence Unit index released this month. The index, which is compiled by the British media company Economist Group, assessed how well education systems prepare people aged 15 to 24 for the future. 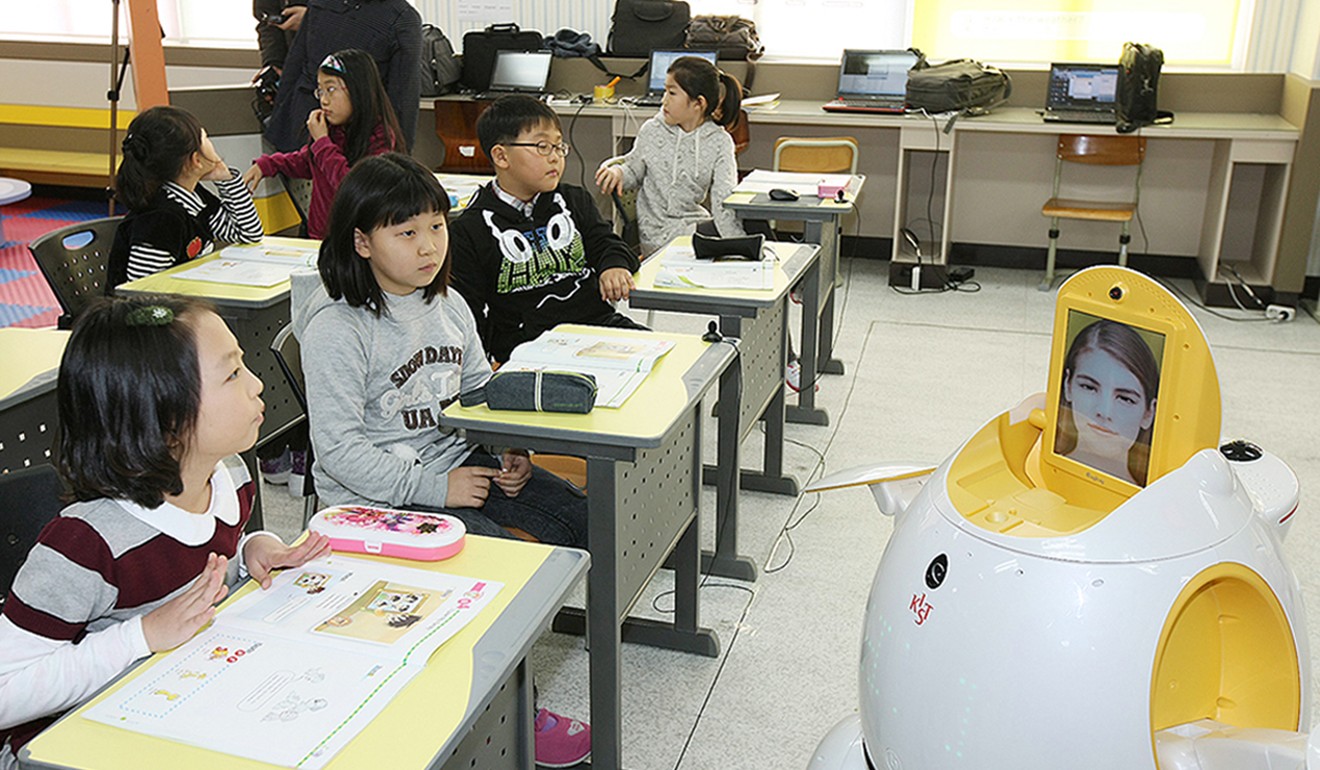 Singapore and South Korea were placed fifth and 12th respectively.

The index assessed how well students were prepared for a world where they would need interdisciplinary, creative, analytical, entrepreneurial, leadership, digital and technical skills, as well as global awareness and civic education.

A major problem for Hong Kong, according to the index, was education policy, where it was ranked 22nd. Singapore ranked first.

Ip Kin-yuen, who represents the education sector of Legislative Council, said the government had failed to put their ideas for improving education into practice.

“One example is the educational reform in 2000, when the government was promoting lifelong education,” he said. “We didn’t see it happen much in reality.”

John Lee Chi-kin, a chair professor at the Education University’s department for curriculum and instruction, agreed with the EIU study, saying the government had not put in place coherent education policy to reflect human resources demands and the changing economy.

The system also failed to address the aspirations of young people, he said.

But he said the problems could be improved by teaching more soft skills, such as in creative and digital areas.

Half of 3,441 Hong Kong students polled show signs of depression

In the short-term, Lee said the government could allow students to choose their subjects before the fourth year of secondary school, when students are 15 or 16 years old. When it comes to career and life planning, “the earlier, the better”, he said.

Hong Kong-based technology entrepreneur Yat Siu said the problem was not Hong Kong’s alone. Many countries were not adequately preparing students for the future.

He said 30 to 40 years ago when parents sent their children to school, they had a rough idea what kind of career suited their children and could help guide them in the schooling system.

“However, we know that in the future, the jobs that our children would go for probably haven’t been created yet … But the skills that we are going to need would be less about rote memory but more on creativity-oriented tools,” he said. “Right now, our schools, not only in Hong Kong but worldwide, in general don’t teach that because it’s difficult to assess and grade these skills.”

Yat, a father of three, reminded parents that sending their children to robotic after-school tutorial centres would do little to nurture creative thinking.

An Education Bureau spokesman said the overall EIU study was “very positive” on Hong Kong’s education system. He said that the bureau has updated school curriculum for Science, Technology and Mathematics to improve students’ problem-solving skills and creative thinking.