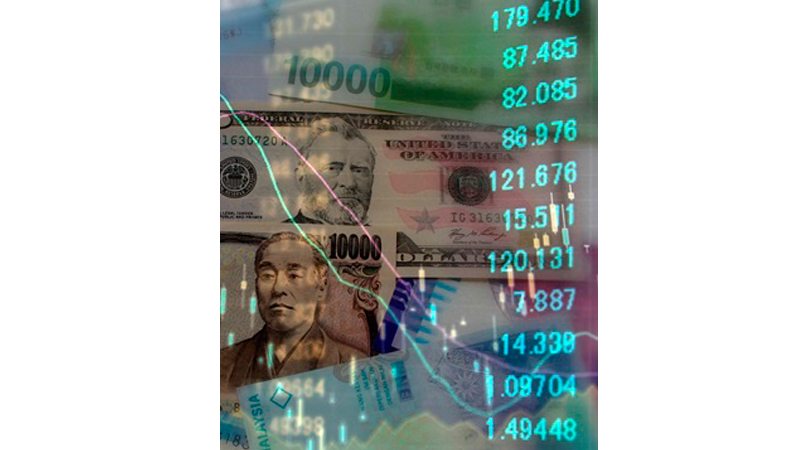 Asian markets fell on Thursday as investors took a step back following recent gains after Donald Trump’s tax reform bill finally passed through Congress, giving him a much-needed legislative victory.
Equities have rallied this year on expectations the president’s promised cuts would fire the already strong economy, and those gains increased over the past week as it became clear that months of bargaining would see them eventually pushed through.

Trump proclaimed “we are making America great again” to Republican lawmakers at the White House after their victory.

However, with the uncertainty out of the way traders decided to cash in.

“President Trump finally has a piece of legislation passed. There has already been a lot of optimism priced in,” said Shane Chanel, equities and derivatives adviser at ASR Wealth Advisers.

“I believe this is a perfect example of buy the rumour sell the news. We may see a bit of profit-taking coming into the back end of the year.

“I believe the next catalyst for the upside will be reductions in regulations once Jerome Powell takes over the helm at the US Federal Reserve. The lack of reaction by the markets overnight is testimony (to) the level of optimism already being priced in.”

All three main Wall Street indexes ended lower, having broken various records in recent weeks, and most of Asia followed.

Tokyo ended 0.1 percent lower, with dealers unmoved by the Bank of Japan’s decision to keep interest rates on hold and stand pat on its stimulus programme.

Sydney was 0.3 percent off and Seoul sank 1.7 percent, while Singapore gave up 0.1 percent. Wellington, Taipei, Manila and Bangkok were all well down.

But Hong Kong rose 0.5 percent and Shanghai ended 0.4 percent higher as dealers welcomed a pledge by China’s leaders to boost imports, further open its markets and clean up noxious pollution.

The announcement after the Central Economic Work Conference came as Beijing looks to implement the new economic direction President Xi Jinping outlined in October, when he declared China must shift from high-growth to high-quality development.

The dollar also struggled despite expectations the across-the-board tax cuts would likely fan inflation and lead to higher interest rates.

Greg McKenna, chief market strategist at AxiTrader, said: “Forex traders remain nonplussed about the US dollar, which continues to struggle to gain traction.

“I ask you if the governments of the EU had got together to pass a tax cut what would the impact on the euro be. Not nothing, that’s for sure.”

Dollar traders are now looking ahead to the release of US personal consumption data Friday, which could provide some idea about the Fed’s plans for monetary policy next year.

In early European trade London fell 0.1 percent, Paris was 0.4 percent off and Frankfurt was flat.