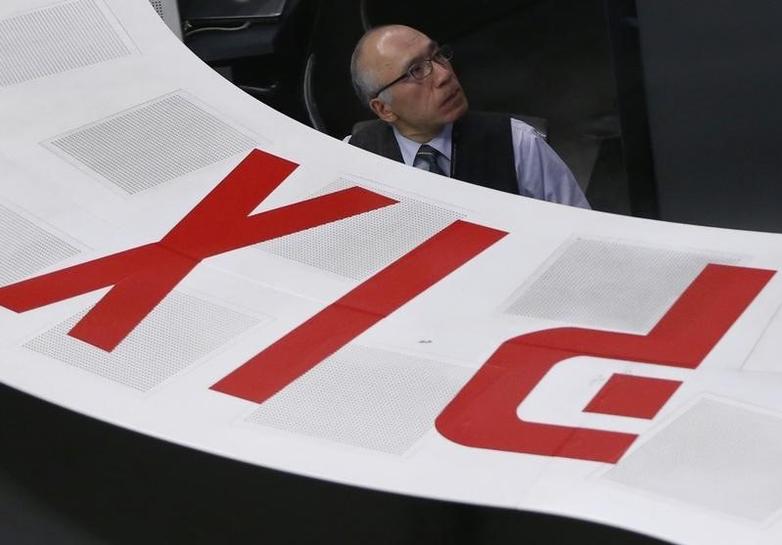 An employee of the Tokyo Stock Exchange (TSE) works at the bourse at TSE in Tokyo, Japan, February 9, 2016.

TOKYO/SINGAPORE Asian shares rose on Friday, but were set for weekly losses as investors favoured safe haven assets due to fears that Britain will vote to quit the European Union, though the killing of a pro-EU lawmaker was seen swaying sentiment toward the “Remain” camp.

Campaigning for Thursday’s referendum, which overshadowed this week’s U.S. and Japanese central bank meetings, was temporarily halted after a British member of parliament, Jo Cox, was shot and fatally wounded on Thursday.

The recently volatile pound rose 0.4 percent to $1.4255 with analysts noting the pro-membership MP’s death could generate sentiment in favour of remaining in the EU.

MSCI’s broadest index of Asia-Pacific shares outside Japan was up 0.8 percent, but was down nearly 2.5 percent for the week.

China’s CSI 300 index advanced 0.9 percent, and the Shanghai Composite added 0.7 percent. That helped them shrink losses for the week to 1.3 percent and 1.2 percent respectively.

Hong Kong’s Hang Seng gained 0.8 percent, but is set for a weekly decline of 4 percent.

“Investors are considering the risk of Brexit to have been lowered, both by reports that European hedge funds believe Brexit will not get up and, secondly, that the shooting (of Cox) has played against the Brexit vote,” said Angus Gluskie, managing director of White Funds Management in Sydney.

Japan’s Nikkei stock index gained 1.6 percent, taking back some of its steep losses. But Japanese shares were still poised to shed 5.5 percent in a week in which the safe-haven yen soared after the Bank of Japan decided against delivering additional stimulus to counter waning inflation and weak global growth.

“Continued inaction by the BOJ in the face of these risks only reinforces the market’s suspicions that the central bank is running out of policy options, feeding back into a stronger yen,” HSBC economist Izumi Devalier said in a note.

Japanese Finance Minister Taro Aso said on Friday that he was deeply concerned about “one-sided, rapid and speculative moves” seen in the currency market and would respond if necessary to ensure stability in currencies.

The dollar index, which tracks the greenback against a basket of six major peers, also slipped 0.2 percent, and is also set for a weekly decline of the same magnitude.

The Federal Reserve also stood pat on policy on Wednesday, though it signalled it still planned to raise rates twice in 2016. But it also downgraded its economic view, and said slower growth would stem the pace of future monetary policy tightening.

Gold advanced 0.1 percent to $1,279.70 an ounce following wild swings overnight. Spot gold surged to a near-two-year high of $1,315.55, but closed down 2.8 percent from that level as markets bet on growing support for Britain to remain in the EU. It is set for a gain of 0.5 percent for the week.