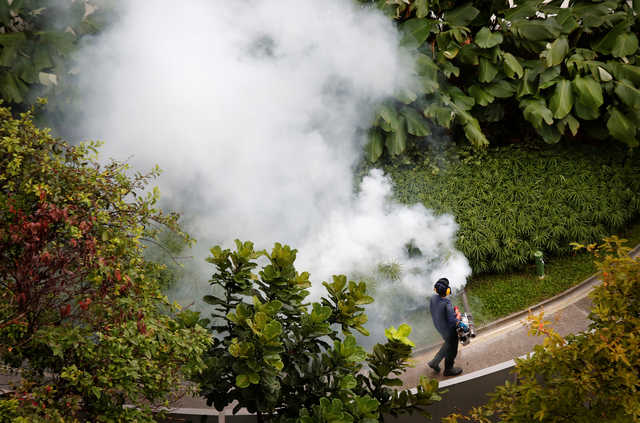 Singapore City: Australia, Taiwan and South Korea advised pregnant women and those attempting to get pregnant to avoid travel to Singapore after an outbreak of the Zika virus infected more than 50 people in the city-state.

The outbreak and the warnings come as a potential blow to tourism in one of the world’s busiest travel hubs, which is already struggling to recover from a slump amid tepid global growth.

Singapore reported its first case of locally-transmitted Zika at the weekend, and the number of reported infections of the mosquito-borne virus has since jumped to 56. At least three dozen of those have since made a full recovery.

The Zika virus was detected in Brazil last year and has since spread across the Americas. It poses a risk to pregnant women because it can cause severe birth defects. It has been linked in Brazil to more than 1,800 cases of microcephaly, a rare birth defect where babies are born with abnormally small heads and brains.

The 56 confirmed cases in Singapore include only one woman.

Taiwan, Australia and South Korea advised pregnant women and those planning pregnancy to postpone trips to Singapore. Those returning from the country should avoid pregnancy for two months. South Korean travellers will receive text messages with the warning when they arrive in Singapore.

Singapore’s Tourism Board said it was monitoring developments, adding the city state remained a “safe travel destination”, and it was premature to consider any impact.

More than 55 million people pass through Singapore’s Changi airport every year. In the first half of this year, tourism arrivals reached almost 8.2m, compared with around 7.3m in the same period of last year.

Online retailer Lazada Singapore said on Tuesday it has seen sales of mosquito repellent and other deterrent products rise fivefold over the past three days compared to a week ago.

The majority of those infected with Zika in Singapore were foreign workers, but the government has not disclosed their nationalities. The High Commission of Bangladesh, which represents the largest community of foreign workers, said none of the workers were Bangladeshis.

The Chinese and Myanmar embassies in Singapore said they had not been notified by Singapore whether their citizens were among those infected. The Thai embassy did not immediately return a call seeking comment.

Foreign workers in Singapore, employed mostly in the construction and marine industries, can earn as little as S$2 ($1.47) an hour, often work 12-14 hours a day and take few days off. They are unlikely to travel often.

The GuocoLand construction site, where the infected workers were found, remained closed on Tuesday morning, according to a Reuters photographer at the scene. It was ordered on Sunday to halt work and rectify the conditions that allowed mosquitoes to breed.