Australia's broadband is slower than Kazakhstan's 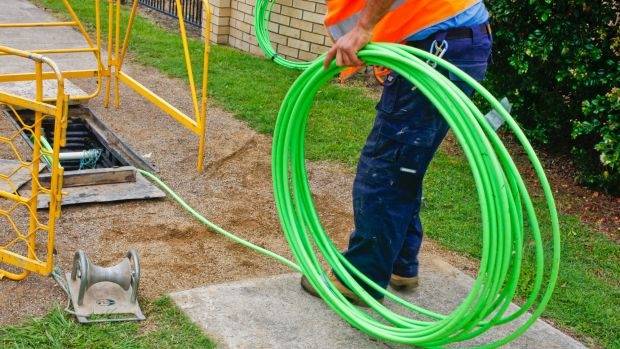 Australia’s fixed broadband is below Kazakhstan on a global ranking of internet speeds, with performance continuing to be below the global average.

The Ookla Speed Test Global Index ranked Australia as 55th in the world for fixed broadband in December, with an average download speed of 25.88 Mbps.

Globally, the average download speed is 40.71 Mbps, pushing Australia behind countries including Austria, Slovenia, the Czech Republic and Russia.

Singapore had the fastest fixed broadband, with average downloads of 161.21 Mbps.

For mobile speeds, Australia continues to buck the global trend by having faster mobile than fixed broadband.

The average download speed for mobile users was 48.47 Mbps, ranking seventh in the world despite dropping one place over the month.

While Australia’s ranking fell for mobile and fixed broadband this was not due to slower internet over the month but rapid advances in speeds overseas.

The speed test showed improvements in Australia, with December speeds for fixed broadband about 1.5 Mbps faster and mobile speeds up more than 4 Mbps.

Since the beginning of 2017, the average speed in Australia has increased by 25 per cent, telecommunications comparison site WhistleOut spokesman Joseph Hanlon said.

“Speeds of about 25Mbps are suitable for average sized households, of two to four people, where several people are likely to use the internet at the same time,” he said.

But he said the speeds were “more a factor of NBN wholesale pricing” than the performance of the network.

Currently, 80 per cent of NBN-connected Australians are on a 25 Mbps plan or lower.

The new pricing should make 50 Mbps speeds a more attractive product. Hanlon said he’d be “surprised if the average speed in Australia doesn’t sit at about the global average of 40 Mbps by year’s end”.

By 2020, when a target of 8 million homes are connected, overall fixed-broadband speeds are expected to “increase significantly” with 90 per cent able to access at least 50 Mbps, an NBN Co spokeswoman said.

About three million Australian premises are currently using the NBN.

“This means that the majority of data being captured by these kind of reports are being generated by the five million or so legacy services on slower ADSL services,” she said.

Data for the Ookla speed test is collected using thousands of unique user test results for fixed broadband and a minimum of 670 for mobile over the month.