Baker Hughes Incorporated : Oil down, but ends year with biggest gain since 2009 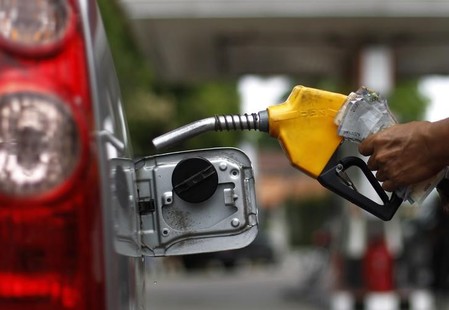 Oil prices settled slightly lower on Friday, the year’s last trading day, but attained their biggest annual gain since 2009, after OPEC and partners agreed to cut output to reduce a supply overhang that has depressed prices for two years.A two-rig rise in the oil rig count in the United States, the ninth weekly increase in a row, as reported by oilfield services provider Baker Hughes Inc, added to bearish sentiments.But the total count of 525 for the week, the last for the year, was still below last year’s level by 11 rigs.U.S. benchmark West Texas Intermediate (WTI) <CLc1> crude futures were down 5 cents, or 0.1 percent, at $53.72 a barrel, while Brent <LCOc1> fell 3 cents, or 0.1 percent, to $56.82.“Some profit-taking … very light trading – a lot of people have already done what they needed to do for the year.” said Elaine Levin, president of Powerhouse, an energy-specialized commodities broker in Washington.Brent rose 52 percent this year and WTI climbed around 45 percent, the largest annual gains since 2009, when the benchmarks rose 78 percent and 71 percent respectively.Oil prices have slumped since the summer of 2014 from above $100 a barrel. The price rout, due to an oversupply thanks in part to the U.S. shale oil revolution, was accentuated later that year when Saudi Arabia rejected any deal by the Organization of the Petroleum Exporting Countries (OPEC) to cut output and instead fought for market share.But a historic OPEC agreement struck over three months from September that will reduce production from Jan. 1, marked a return to the 13-country group’s old objective of defending prices.Oman told some customers it will reduce term allocations by 5 percent in March, but did not say whether the supply reduction would continue after that.The rise in prices can be seen as “proof of international credibility,” for OPEC and partners, said Igor Yusufov, founder of the Fund Energy investment firm and a former Russian energy minister.He said the rise, a “ponderable New Yew present” for producers, is propelled by expectations of expectations of oil demand growth.Analysts at JBC said major forecasters diverge on their specific predictions.“We see a big variation in demand growth assessments for 2017, ranging from +1.22 million bpd (barrels per day) … to +1.57 million bpd,” they said in a note to clients.(Reporting by Ethan Lou in Kingston, Ontario; Additional reporting by Sabina Zawadzki in London and Mark Tay in Singapore; Editing by Marguerita Choy and Chizu Nomiyama)By Ethan Lou

Previous Londen, Hyde Park, Speakers corner – Discussies over religie & het leven – VideoLijst
Next Passport Index 2016: The Hungarian passport is the 27th most valuable in the world