'Being away from spotlight is good for Saina Nehwal' 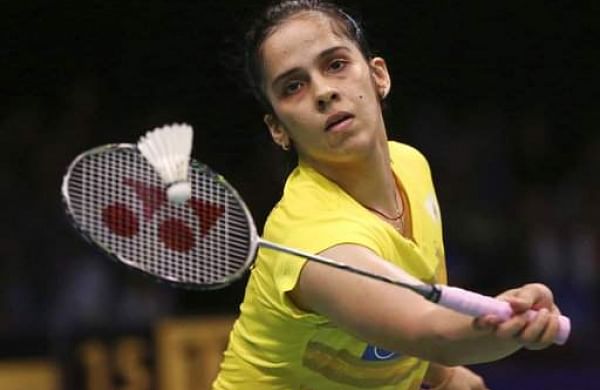 NEW DELHI: Saina Nehwal has been away from spotlight for a while and coach Vimal Kumar feels it might turn out to be a blessing in disguise for the injury-ravaged player when she competes at the World Championship in Glasgow next week.

The first Indian woman to clinch a silver medal at the World Championship, in 2015 at Jakarta, Saina has been struggling ever since, limping out of the Olympics last year with a knee injury.

Even though the Indian recovered well from the careerthreatening injury to win the Malaysia Masters but she has never reached her peak, losing some close matches against opponents whom she has dominated in the last decade.

“After the knee injury, she was struggling, she lost some close matches. She has put in some good effort and if she can play to her potential then it is possible to beat the top players,” a guarded Vimal told PTI.

“Also this time, the focus is not on her. The limelight is all on (PV) Sindhu and (K) Srikanth and that is a good thing.”

With two Super Series titles and a final finish this year, Kidambi Srikanth will be the cynosure of all eyes as he carries India’s hopes at the World Championship starting August 21.

B Sai Praneeth and Olympic silver-medallist P V Sindhu also clinched a Super Series title each at the Singapore Open and India Open but a title has eluded Saina so far this year.

Vimal, who will be leaving tonight for Scotland, however, said it was not a concern.

“It happens in individual sports and all the girls are also improving, they are all young girls, against whom she has been playing,” said the former chief National Coach.

“Whether it is (Nitchaon) Jindapol or Busanan (Ongbumrungpan), they also went on to beat Akane Yamaguchi or Tai Tzu (Ying), who are in the top 5, so they have similar standards and on their day they can beat each other.”

Saina has got a bye in the opening round and will take on the winner of the match between Switzerland’s Sabrina Jaquet and Ukraine’s Natalya Voytsekh with a potential clash against Korea’s second seed Sung Ji Hyun for a place in the pre-quarterfinals.

Talking about the draw, the 54-year-old said: “It is a tough draw but it is a doable one. This particular girl, Sung Ji Hyun is world no 2 and Saina has beaten her in the Australian Open, so lots of positives and I am hopeful of her putting up a good show.

“Saina will be playing Sung Ji if she wins against the Swiss girl in the first round. So it would be an interesting game,” said Vimal, who is a director at the Prakash Padukone Badminton Academy.

During the India Open in March-April, Saina had said that her knee still hurts sometimes and a fear of injury had gripped her mind.

Asked if the knee still bothers Saina, Vimal said: “I can’t see any issues. Of course you will have some small niggles and all sports persons go through such phase but nothing major.

“Last few weeks she has been putting in some good work and so there are no issues. But you never know it can happen in tough matches. But as of now I don’t see any issues,” he signed off.