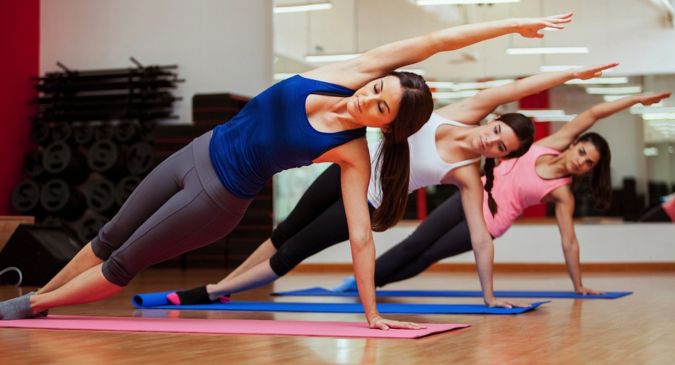 As a part of the study report, Gympik also developed a Fitness Health Index by taking into account five factors, namely regularity, diet, health consciousness, stress levels and gym membership availed by the respondents. Bengaluru tops this index with a Fitness Health Score (FHS) of 5.5, while Delhi (4.7) comes second and Mumbai (4.5) third, followed by Hyderabad (4.3). Despite the mushrooming of gyms and fitness centres as well as the growing popularity of fitness apps and virtual gyms, most Indians do not find time to exercise. In a pan-India study conducted by Gympik, India’s largest fitness discovery platform, 53% of the respondents said that they lack the discipline to stay fit. Gympik conducted the market research – Weighing up fitness–in Delhi, Bengaluru, Mumbai and Hyderabad to find out the current fitness trends and habits amongst Indians.Based on the responses of 1.06 million people, mainly in the age group of 20-35 years,Gympik study found that 52% do not find time to exercise, while 36% lack the motivation to join a fitness centre. In fact, 14% claim to be absolutely clueless about where to begin their fitness journey from.

Commenting on the research, Amaresh Ojha, Founder and CEO, Gympik, said, “In India, the top fitness players barely constitute 15% of the market share as compared to that of Japan and Singapore where 40% market share is covered by the top five players. There’s massive scope for consolidation in the organised fitness sector in India.” Currently, the retail market for fitness in India is valued at Rs.4,579 crore (US$ 0.76 billion). It is expected to cross the Rs.7,000crore mark by the end of 2017. “Besides exploring the current fitness trends across age groups and occupations in differentIndian cities, we were also looking to investigate if there was any significant correlation between stress levels, age, consciousness levels, and regularity of physical exercise,” informed Ojha. While the study found no correlation between one’s age and his/her consciousness vis-à-vis health and fitness, it established a direct relationship between how conscious one was about his/her health and the regularity of exercise. When it came to stress levels, marital status made for an interesting differentiator. The study found an inverse relationship between age and stress among the married respondents – higher the age, lesser the stress; for single respondents, as the age increased, so did the stress levels.

While combating stress (33%) was among the top five reasons to join a gym or fitness centre, according to the survey, reducing health-related risks (53%) was the biggest draw, especially among professionals. Improving energy levels (46%), losing weight (42%), increasing functional strength (37%) and building muscle (18%) were the other popular motives. Interestingly, men were three times more likely to join a fitness centre to build muscles, while women considered weight loss more important. In terms of popular workouts, bodyweight training (58%) was the top contender among men, while women were drawn towards dance exercises like aerobics (85%) and Zumba (81%). High Intensity Interval Training, Pilates, Aqua Fitness and Body Combat were also slowly making their presence felt in Indian fitness circles. However, Crawling Workout and TRX Suspension are yet to enter the average Indian gym-goer’s psyche. The research further revealed that although 30% of the respondents currently have a gym or fitness centre membership, only 11% have been regular for more than six months.From lack of adequate parking space and poor quality of fitness equipment to shabby maintenance and dearth of group fitness classes, there are myriad problems that haunt fitness enthusiasts. The biggest issue (according to 30% of the respondents) was overcrowded gyms and fitness centres; 22% were turned off by the lack of evident results, while 20% found the membership fees expensive. A better alternative, despite the perceived high monthly fee,was opting for the services of a personal trainer at home,concurred44% of the respondents. Similarly, the convenience of virtual gyms and home workout videos werefinding more acceptance among time-starved professionals. According to the study, there’s a sizeable population that preferred activities such as walking (30%), running (24%), cycling (11%), swimming and sports (18% each) to hitting the gym. When it came to diet, 48% of the respondents said that they eat healthy. However, women (54%) tend to be more mindful of food as compared to men (29%).

Gympik is a Bengaluru-based India’s largest online fitness discovery platform that enables people to find any kind of fitness and wellness related activities from every nook and corner of India. (Read: A gym beginner’s guide to whey and other protein supplements )