Best and worst airports in the world revealed 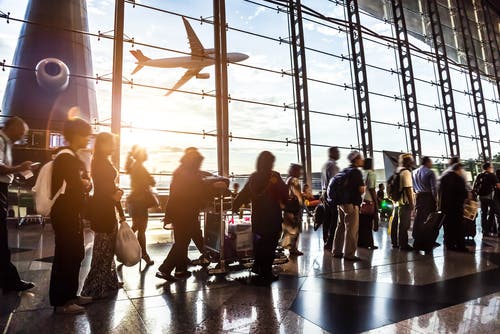 One of the hassles people have to deal with when they travel is waiting in airports. Passenger hubs are among the worst places people want to get stuck in for hours:  the seats are definitely not built for sleeping; there are limited options to while away the time and there are always some strangers passing by.

However, there are terminals that strive to make passenger experience worthwhile. Travel site Sleeping in Airports has polled travellers around the world to rate airports based on their overall experience, including the quality of rest zones and gate seating, facilities, food options, customer service and cleanliness, among others.

Four airports from Asia dominated the top five list, while Dubai’s international terminal claimed the number one spot in the Middle East region. The passenger terminals in the top five list have a lot of things in common, such as showers, 24-hour food options, rest zones, free WiFi and pay-per use lounges. Others have taken a step further by throwing a swimming pool and a free movie theatre into the mix.

Here are the top five passenger terminals voted by the respondents worldwide:

Travellers say their stay in Singapore’s international hub makes them feel like they’re in an amusement park. The airport has napping rooms, a transit hotel, swimming pool, five gardens, a fish spa, massage chairs, gaming stations and a free movie theatre, aside from a wide array of restaurants and shops.

Travelers won’t get bored while waiting for their next flight, as there are plenty of options to enjoy, including the cultural centre, gardens or free transit tours. “And once the activities wear you down, you can seek out a reclining lounge chair in a quiet rest zone.. When you awake, you can hop into a free shower before charging your devices and surfing the web – all with total ease,” the travel site said.

Japan’s main passenger hub has been rated highly by travellers for its “extreme cleanliness and efficiency.” Travellers can catch a few winks on a multitude of armrest-free benches. They can opt to  rest in pay-per use lounges or at a transit hotel. Passengers who have been at the airport were fascinated by the Japanese themes throughout the terminal. “And those running late for their flights were happy to find staff who were calm, cool and collected.”

One of the things that amaze travellers passing through Taiwan’s passenger terminals is the distinct theme in every gate. “Most of these themes come with at least one activity for waiting guests – whether it is lessons in calligraphy, or a unique local food tasting,” the travel website said. The airport also offers free showers, luggage storage, rest zones and cultural activities.

Some of the things that make Munich’s airport a better option to sleep in include the free morning coffee offered to passengers, “excellent” food,  mini-golf course and the traditional Christkindl market. “The fifth best airport in the world has the essentials – cleanliness, customer service and overall organisation – down to a science,” the site said.

Five worst airports in the world

Travellers complain about the quality of customer service and cleanliness at the airport. The terminal is said to be “devoid of restaurants, shopping and entertainment.” The place gets very crowded during peak hours. “The queues are unfathomable, and there are never enough chairs to accommodate,” the travel site said.

The airport has been described as “chaotic and sweaty” where passengers struggle to make it through security and boarding gates are crowded and hot. Passengers also complain about broken toilet seats.

Passengers go through a number of checkpoints before they get to board their flight. “Worse yet is that while these lineups are in place to enhance security, the pushy mobs waiting to pass through often have the inverse effect. When you finally make it to your boarding gate, life hardly improves,” said the travel site.

Long queues and crowded waiting areas top the list of complaints among travellers using the airport in Santorini. Passengers find themselves standing in queues outside the terminal before going through check-in and security. Cleanliness of the toilets also fails to impress.  “The announcements are virtually impossible to decipher. If you do find yourself with a prolonged period of time here, it’s well worth bringing your own snack and seeking out the outdoor terrace,” passengers are advised.

Previous Iloilo airport ranked among Asia’s 12 best
Next Travel tips and advice: How to create the perfect airport