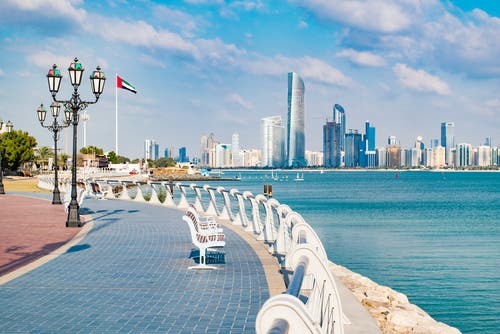 The UAE capital Abu Dhabi has been ranked as the best place to live abroad in the Middle East region, in the third annual InterNations Expat Insider 2016 survey.

With more than 14,000 respondents, the survey is one of the most extensive ever conducted to explore the general living situation of expatriates.

Although cities in the Middle East do not do that well in the overall ranking of 35 global metropolises, they tend to perform well in certain areas.

The latest InterNations survey finds that despite the low quality of life for expats in all the cities analyzed, Abu Dhabi and Dubai excel in the ease of settling in index and Jeddah and Riyadh score highly for personal finances and cost of living.

In the global rankings, it has even overtaken London (UK), Paris (France) and Rome (Italy), said the survey.

As part of the Expat Insider 2016 survey, InterNations takes a closer look at cities around the world and ranks them according to such factors as the quality of life, personal finance, working abroad, and settling in.

In the global list, the Australian city of Melbourne takes the top spot for expat life out of the 35 cities analyzed.

Expats in Australia’s second-most populous city are particularly pleased with their work-life balance: 79 per cent of respondents rate this positively, which is notably higher than the global average of 60 per cent.

Overall job satisfaction in Melbourne is also above average, with 71 per cent rating this factor positively. This city down under also excels when it comes to the availability of leisure activities: an astounding 91 percent rate this aspect positively, 19 percentage points higher than the global average of 72 per cent.

Houston, Texas, finds itself in second place overall and for general satisfaction among expats. The US’s fourth-biggest city also excels when it comes to the cost of living and personal finance, ranking fifth and seventh, respectively, in both of these categories.

Madrid ranks third overall, mainly due to expats feeling welcome there and finding it easy to make friends: the Spanish capital takes the top spot in both of these categories.

Spain’s capital is also appreciated for its comparatively low cost of living: 72 per cent of expats rate this factor positively, in comparison to the 49 per cent global average. Duesseldorf, Germany, and Singapore round out the top five best cities for living abroad.

Although none of the Middle Eastern cities do well in the Quality of Life or Working Abroad Indices, one category that Dubai performs well in is safety: Dubai ranks 7th out of 35 cities, and Abu Dhabi follows not too far behind, in twelfth place.

Although Riyadh has been ranked 30th in the safety & security subcategory, ahead of popular European expat destinations Rome (31st) and Brussels (32nd).

Despite these positive results for most of the Middle Eastern cities included in the survey, they do not rank nearly so positively regarding leisure, health, travel and transport, or personal happiness.

Even Abu Dhabi, which does the best in the Middle East for quality of life overall, only makes it to a rather mediocre 17th place.

Abu Dhabi and Dubai do best in the Ease of Settling In Index for the Gulf region. Dubai takes 11th place and Abu Dhabi follows close behind in the 12th spot. Both cities do particularly well in the friendliness and language subcategories.

Abu Dhabi even reaches the top ten, ranking ninth for both categories, with a quarter of respondents noting that the local population is very friendly. The result is much higher than in Doha where only 10 per cent of expats rate this factor as very good, or than especially in Riyadh, where even fewer expats (seven per cent) would consider it excellent.

Although 57 per cent of respondents in Dubai say that the local language is difficult to learn, compared to the global average of 45 per cent, this does not seem to have a negative effect in such an important expat hub.

A total 75 per cent of expats in Dubai think it is not difficult to live there without speaking the language; this figure is extremely high compared to the global average of 43 per cent.

In fact, 65 percent of expats rate the general cost of living in Riyadh positively and 54 percent in Jeddah also judge this aspect of life abroad favorably: both of these results are above the global average of 49 percent.

It is even more impressive, though, how well both cities perform in the Personal Finance Index. Jeddah ranks third and Riyadh comes fourth, well above Dubai (28th) and Abu Dhabi (26th), said the survey.

These results are impressively high, compared to the global average of one in ten respondents who thinks the same, it added.