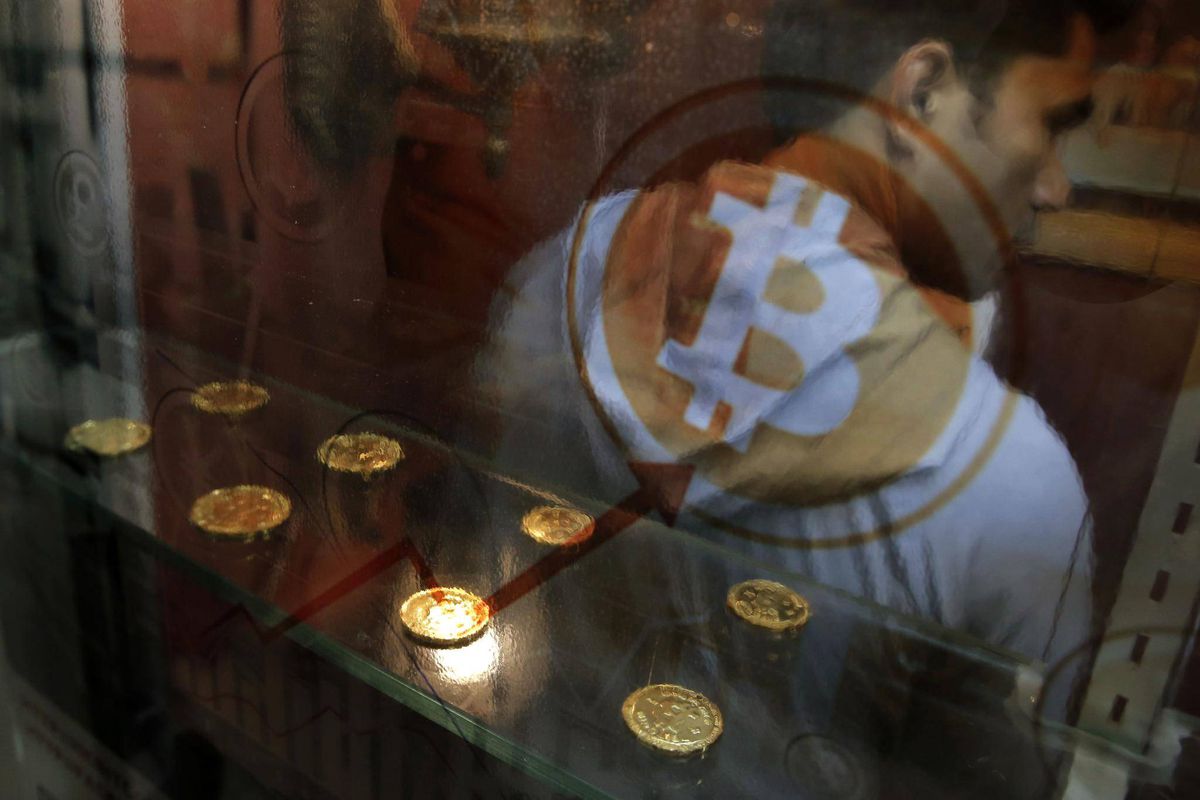 Bitcoin plunged below $13,000 on Friday after losing around a third of its value in just five days, with the digital currency on track for its worst week since 2013 after a blistering ascent to a peak close to $20,000 on Sunday.

The biggest and best-known cryptocurrency had seen a staggering twentyfold increase since the start of the year, climbing from less than $1,000 to as high as $19,666 on the Luxembourg-based Bitstamp exchange on Sunday and to over $20,000 on other exchanges.

But bitcoin has fallen each day since then, with losses accelerating on Friday. It fell to as low as $12,560 on Bitstamp, marking a fall of almost 20 per cent on the day. At 0850 GMT it was trading down 15 per cent on the day at $13,320 and was heading for its worst day in more than three months.

For the week, it was down around a third – its worst performance since April 2013.

“A manic upward swing led by the herd will be followed by a downturn as the emotional sentiment changes,” said Charles Hayter, founder and chief executive of industry website Cryptocompare in London.

“A lot of traders have been waiting for this large correction.”

“With the end of the year in sight a lot of investors will be taking profits and saying thank you very much and closing their books for the holiday period,” he added.

Bitcoin has had a difficult week. As warnings about the risks of investing in the volatile and unregulated market have continued to sound louder – with Denmark’s central bank governor calling it a “deadly” gamble – there have been more worries over the exchanges on which cryptocurrencies are bought and sold.

South Korean cryptocurrency exchange Youbit said on Tuesday it is shutting down and is filing for bankruptcy after it was hacked for the second time this year.

Coinbase, a U.S. company that runs one of the biggest exchanges and provides digital “wallets” for storing bitcoins, said on Wednesday it would investigate accusations of insider trading, following a sharp increase in the price of a bitcoin spin-off hours before it announced support for it.

As rival cryptocurrencies slid along with bitcoin, the total estimated value of the crypto market fell to as low as $480-billion, according to industry website Coinmarketcap, having neared $650-billion just a day earlier.

But other cryptocurrencies had surged earlier in the week, with many market-watchers saying investors who felt bitcoin’s price had become stretched were moving into other digital coins, rather than cashing out entirely.

Ethereum, the second-biggest cryptocurrency by market size, soared to almost $900 earlier in the week, up from around $500 just a week earlier. Ripple, the third-biggest, has more than quadrupled in price since Monday.

“A lot of the capital is flowing from bitcoin into alternative coins,” said Shane Chanel, equities and derivatives adviser at ASR Wealth Advisers in Sydney.

Stephen Innes, head of trading in Asia-Pacific for retail FX broker Oanda in Singapore, said that there have also been moves out of bitcoin into Bitcoin Cash, a clone of the original cryptocurrency. Oanda does not handle trading in bitcoin.

While some say the launch by CME and its rival Cboe Global Markets of bitcoin futures over the last two weeks has given the digital currency some perceived legitimacy, many policymakers remain sceptical.

“Unlike equities and bonds, it is not possible to calculate expected returns on bitcoin, so buying it becomes a gamble rather than an investment.”