Breakfast, billionaires and big buildings: how do Hong Kong and Singapore really compare with each other?

Improvements in education have seen Singapore surpass Hong Kong in terms of “liveability” for the first time, according to the latest Economist Intelligence Unit survey. The Lion City jumped 11 places in the rankings from 46th to 35th, while Hong Kong fell two spots to 45th.

The two cities have often been compared and contrasted by outsiders and locals alike. They are part of a set of territories known as the “Four Asian Tigers”, so called for the miracle transformation of their economies during a period of rapid industrial and technological growth between the 1950s and 1990s.

Together with Taiwan and South Korea, these places experienced unparalleled human and economic development after the second world war.

“The Singaporean cannot match the Hongkonger in drive and motivation,” Lee wrote in his memoirs. “In Hong Kong, when people fail, they blame themselves or their bad luck, pick themselves up and try again, hoping their luck will change.” 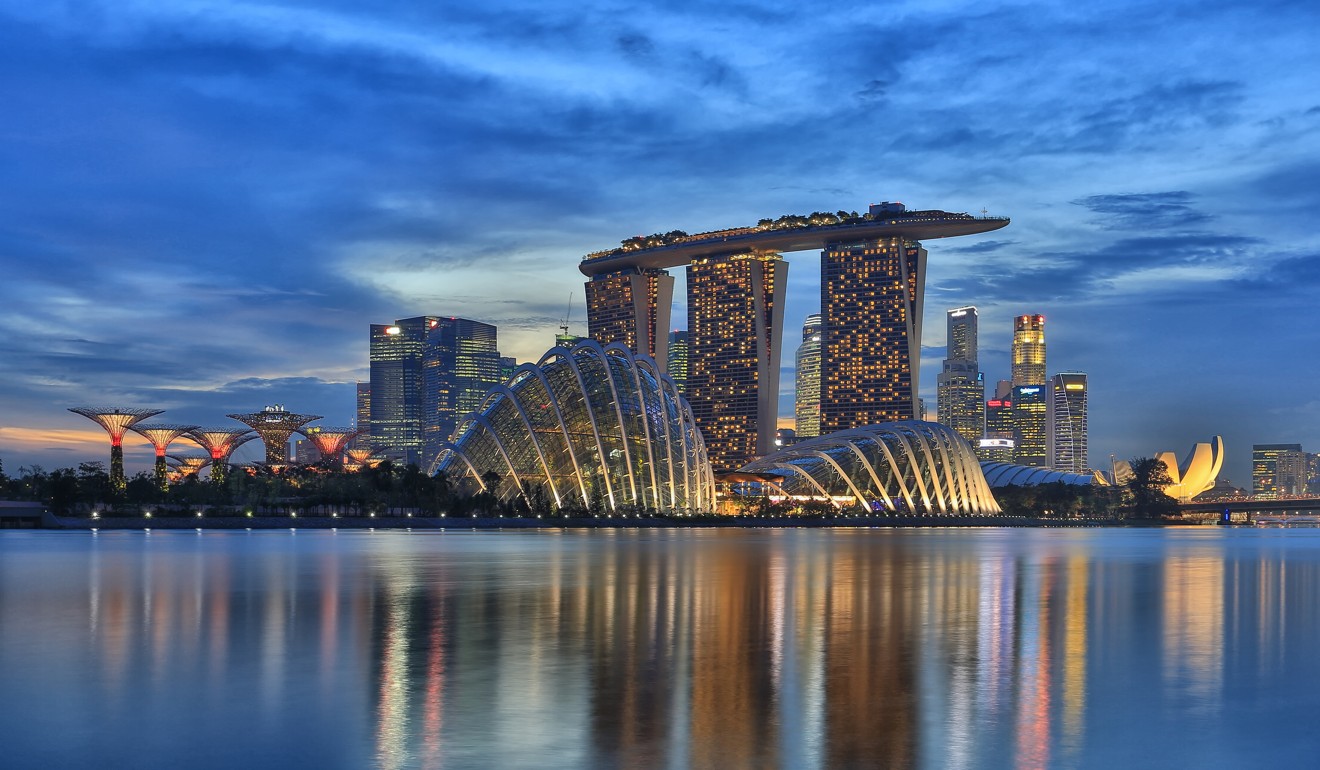 According to Lee, Singaporeans preferred job security and to be free of worry in the nation’s early days.

In more recent times, Hong Kong and Singapore have been further diverging. Singapore’s gross domestic product per capita has been creeping ahead, with the Southeast Asian state not wrapped in the same political struggles as Hong Kong under China.

In terms of political freedoms however, Hong Kong is still strides ahead, despite the authoritarian regime to the north.

In culture and way of life, Hong Kong and Singapore share many similarities, with an emphasis on traditional Asian values despite the diversity of big-city life.

While the untrained eye may see these overt similarities, locals meanwhile notice the subtle, almost intangible, differences.

The affinity the cities have for one another has seen Hong Kong and Singapore often dubbed “sister cities”, but is their story one of brotherly love, or more a tale of “frenemies”? Hong Kong is the clear winner in this category, but does benefit from a larger overall population. If the high concentration of Teslas and Maseratis aren’t enough to convince you, just take a look at the numbers: According to Forbes, this year Hong Kong had a staggering 67 US dollar billionaires, while Singapore had 21. Last year Hong Kong ranked fourth globally in terms of the number of billionaires, and multimillionaires numbered over 59,000. Ostentatious displays of wealth are often more overt in Hong Kong, but an Instagram account called “Rich Kids of Singapore” has more than 60,000 followers, while a Hong Kong version has only 11,000. Perhaps Singaporean youths are better at flaunting what they have? 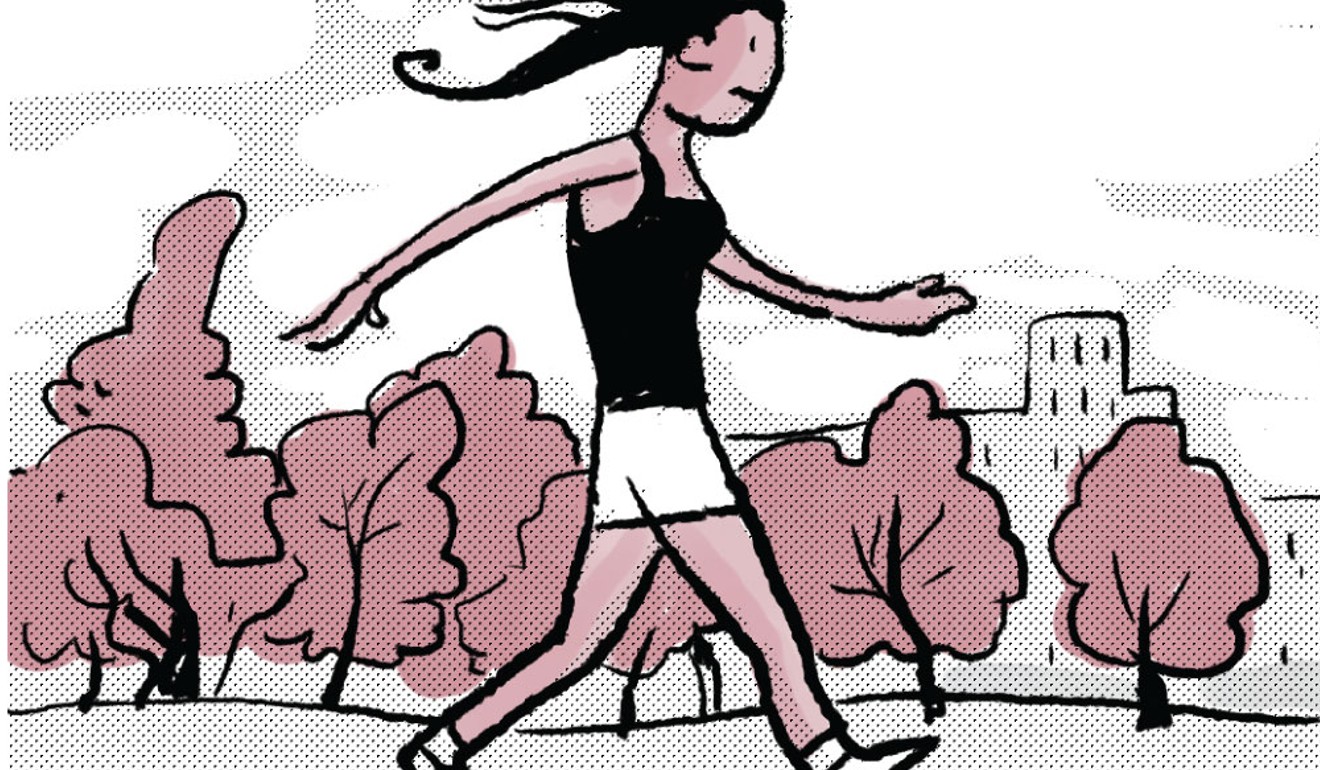 According to a study by the British Council, Singaporeans have the fastest walking speed of the two cities. On average they walk at about 6.15km/h. Walking the streets during rush hour in Hong Kong often feels like a battle amid the cutting and elbowing to get ahead, but on average Hongkongers meander through the streets at a more leisurely pace. If you’re looking to walk anywhere quickly and not be cut off every few seconds by a slow-moving collection of people, or if you hope to walk anywhere and not be late, Singapore is the superior city. If you want a dizzyingly high view of the city, Hong Kong is the place to go. Skyscrapers and other tall buildings dominate the landscape, whereas in Singapore buildings cannot be taller than 280 metres in most places. The Lion City has just four buildings over this height – One Raffles Place, UOB Plaza, Republic Plaza and Tanjong Pagar Centre. However, Hong Kong has eight structures exceeding that mark. The tallest in Hong Kong is the International Commerce Centre, which stands over 200 metres higher than any building Singaporeans can legally build.

Let’s copy Singapore, or at least the best part of its approach to fintech Singlish, the English-based patois spoken colloquially in Singapore, and the English-influenced Cantonese as spoken on the street in Hong Kong, both feature a lot of added on sounds. Long drawn out cries of “lah” and “leh” can be heard echoing around both cities. However, Singapore has a more diverse group of tongues in the mix, with five or more languages or dialects often found in a single sentence. Despite this, people will still understand each other. Singlish also boasts unique words such as chope, meaning to reserve something, and hannor, used to agree with somebody, that have meanings very specific to Singaporeans. Ultimately, the diversity of Singlish puts it a step ahead of a simple combination of Cantonese and English. 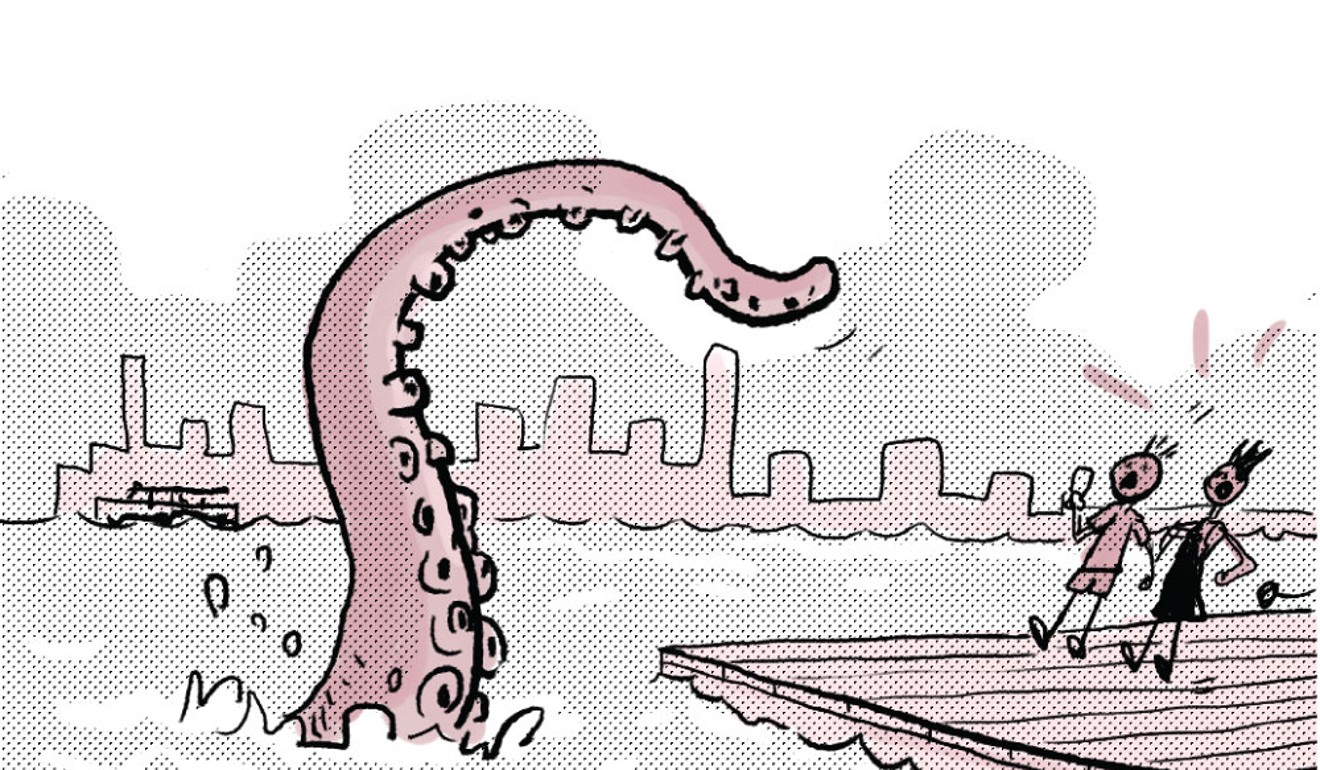 5. Making use of public waterfront spaces

Hong Kong may have breathtaking hiking trails but its organised waterfront public spaces are sorely lacking in comparison to Singapore. The city state’s “Gardens by the Bay” – a gorgeous nature park that spans 100 hectares of waterfront land in the middle of the city – is unlike anything Hong Kong has to offer. Hong Kong’s Tamar Park and the government’s drawn out efforts to put together a promenade on the edge of Victoria Harbour struggle to match the stretch of land Singaporeans have set aside as a public park on the water. 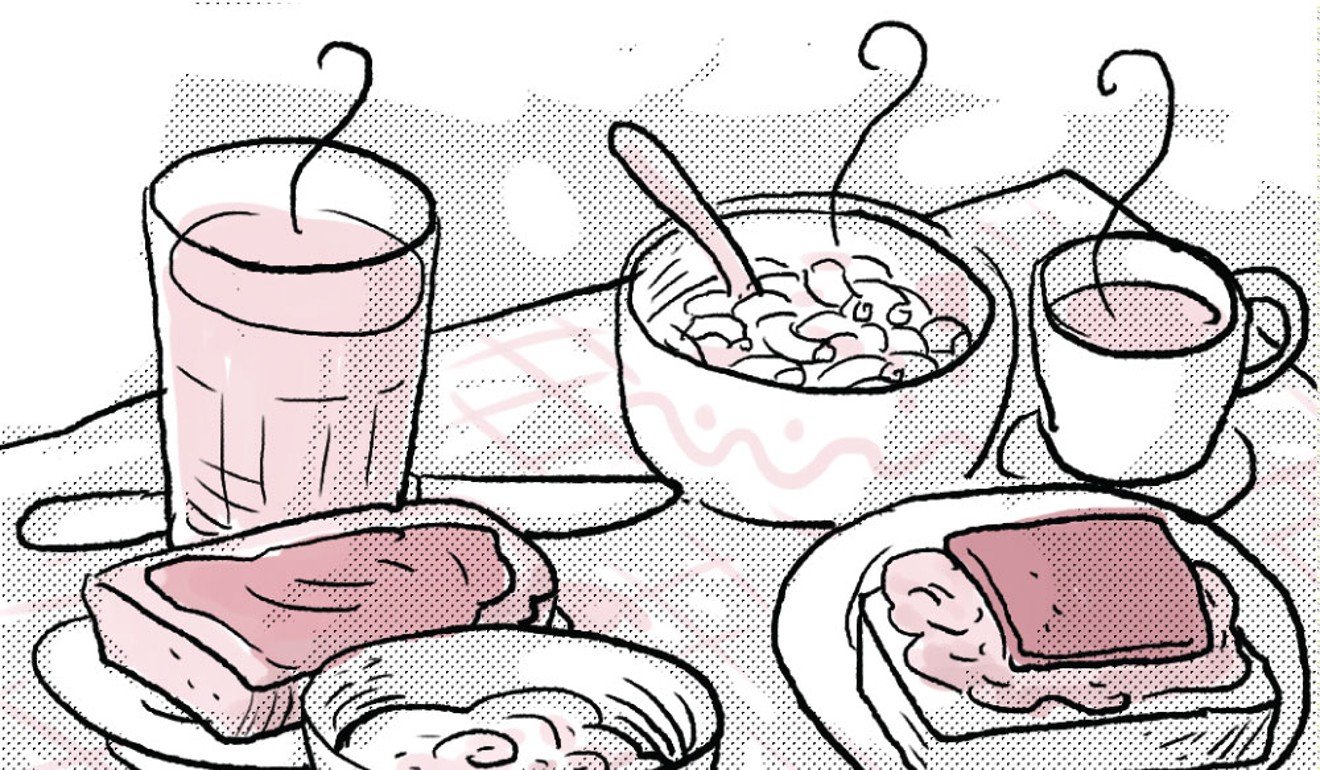 While similar on the surface, the traditional Singaporean breakfast of kaya toast, half boiled eggs and a side of coffee lacks the diversity of a morning trip to a Hong Kong cha chaan teng. In a traditional Hong Kong “tea house”, diners can order eggs scrambled runny or sunny side up. They are offered an array of meats to choose – from luncheon and sausages to ham – often served with two slices of gloriously buttery toast and a piping hot bowl of macaroni noodles for the most important meal of the day. As if that weren’t enough to fill anyone up until lunch, diners also get to select a drink of their choice: Hong Kong-style milk tea, widely known as “pantyhose milk tea”, and lemon tea are local favourites. 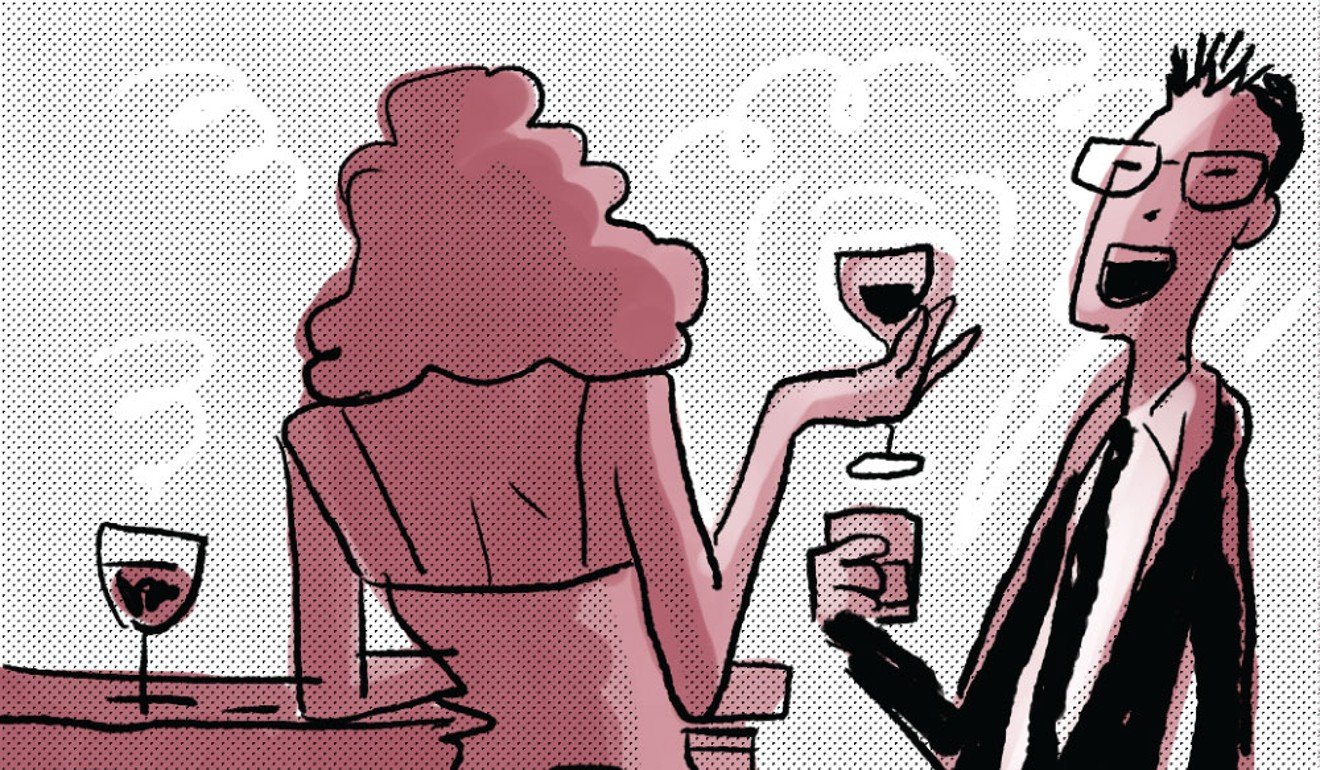 Hong Kong and Singapore both boast of an array of nightlife options, from boutique pubs that serve up craft beers and rooftop bars that display the city’s nighttime glory, to the thumping music and flashing lights of local nightclubs. Party district Lan Kwai Fong may be trashier than its Singaporean counterpart Clarke Quay, but with everything there ranging from a 7-Eleven to bars and clubs and even late-night ramen, the area seemingly has a lot more to offer party seekers. 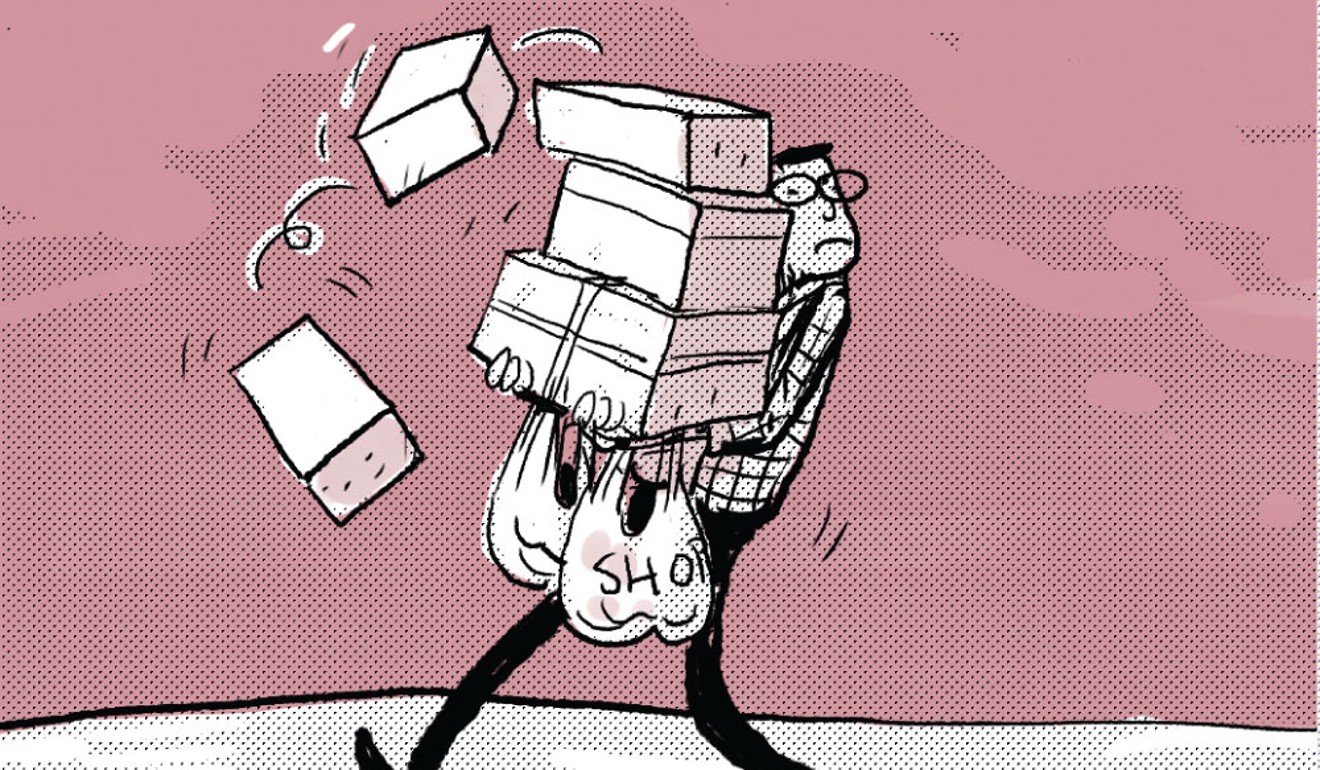 Lower exchange rates aren’t the only thing that make shopping in Hong Kong more fun than in Singapore – Hong Kong’s larger selection of stores versus the more homogeneous experience in Singapore puts Hong Kong ahead in many shoppers’ eyes. Moreover, street shopping in Singapore lacks the messy diversity of places like Fa Yuen Street or Ladies Market, where street vendors spill onto the streets and shoppers haggle over prices. Singapore’s version, Bugis Street Market, while equally colourful and loud, is organised into individual shops, and is not a collection of street stalls.