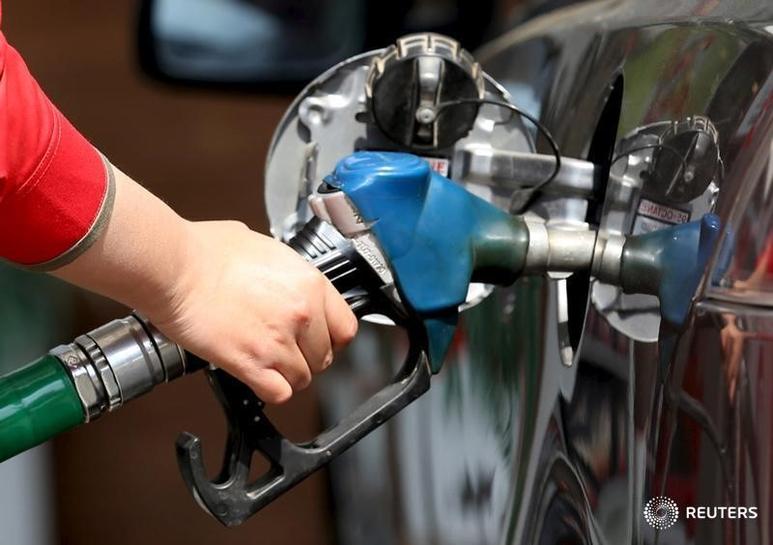 A female employee fills the tank of a car at a petrol station in Cairo, Egypt, February 24, 2016.

NEW YORK Global oil prices hit four-month highs on Tuesday, hovering just under $45 a barrel after a report that top producers Russia and Saudi Arabia have agreed to freeze output ahead of a much-anticipated producers meeting on Sunday.

Russia’s Interfax news agency quoted a diplomatic source in Doha saying that Russia and Saudi Arabia reached a consensus on Tuesday about an output freeze and that the final decision will not depend on Iran.

The output freeze news came as the U.S. government said that U.S. crude output was forecast to fall by 560,000 barrels per day in 2017 to 8.04 million bpd, underscoring that the 21-month price rout is picking up steam.

“People are now realizing that this OPEC meeting could be a historic turning point for the market,” said Phil Flynn, an analyst at Price Futures Group. “Now, with U.S. production cuts, our sense is that we’re entering a new cycle upwards.”

Oil markets were already boosted ahead of an OPEC member meeting with outside producers in Doha, Qatar, on Sunday, but the comments fuelled hopes that oil producers will agree on steps to tackle a supply glut.

Still, some analysts remained sceptical. While the market was being driven higher on a global supply-demand rebalancing, the threat of record-high inventory levels and producers increasing output once prices rebound continued to loom.

“The market appears to be taking a lot of support from positive statements. But, this isn’t the first time the Russians have come out and made remarks related to a production freeze being imminent,” said Gene McGillian, a senior analyst at Tradition Energy.

McGillian added that Iran’s participation in the output freeze would be crucial for a more meaningful discussion regarding supply cuts.

Brent and U.S. crude moved through their 200-day moving averages, which stood at $43.54 for Brent, potentially putting the market on a firmer technical footing.

(Additional reporting by Henning Gloystein in Singapore and Alex Lawler in London; Editing by Chris Reese and Cynthia Osterman)