British Airways has slumped closer to the foot of the table in annual rankings of short-haul airlines by consumer champions Which?.

After a year in which the UK flag carrier suffered a crippling technical meltdown and replaced free snacks on its short-haul flights with paid-for M&S fare, the airline fell from a mid-table position last year to third from bottom, achieving a customer satisfaction score of 52 percent, down from 67 percent.

In the Telegraph Travel Awards, BA, too, suffered a fall from grace, slipping from top to 13th in the short-haul category.

Which? respondents were asked to rank airlines across a number of categories, including seat comfort, customers service, and value for money, while seat pitch and punctuality were also taken into account.

BA was not the only under-performer in the rankings. Ryanair, which has enjoyed a torrid year including enforcement action from the Civil Aviation Authority, sat at the bottom of the table with a joint worst score from Vueling.

At the other end of the spectrum, Jet2 and Norwegian were tied for the second spot, each scoring 76 percent for customer satisfaction, while Aurigny Air (which serves the Channel Islands of Guernsey and Alderney and ranked third in Telegraph Travel’s survey) came top, with a score of 80 percent.

In long-haul, BA slipped again, dropping 10 percentage points of customer satisfaction from 60 to 50.

Singapore Airlines finished top in the Which? survey for the second year in a row, with a customer satisfaction score of 88 per cent. The Singapore carrier also ranked top in the Telegraph Travel Awards.

Top 10 short-haul airlines, according to Which? readers

Rory Boland, Which? travel editor said: “Passengers are telling us that there are many different ways to be a great airline, but providing great service at an acceptable price is a must-have.

“BA’s poor customer satisfaction shows it clearly needs to step up its game in a year that has been beset with problems. From the food and drink on offer, to the poor value for money of the journey itself, the airline has a lot of work to do to improve the experience that passengers associate with the airline.” 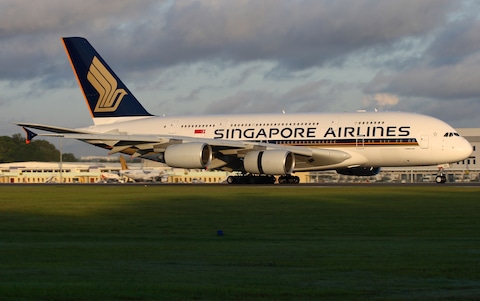 The airline told Which? that it was a “premium airline committed to customer choice”.

“In 2018, our investments for customers will include 20 new aircraft, even more, new routes, upgraded cabin interiors, significantly improved catering in long-haul economy and the roll-out of our new Club catering and bedding services across our long-haul network,” it said.