BW Offshore is pleased to announce the sail away of the FPSO BW Catcher. The vessel has left Keppel Shipyard in Singapore and is currently in transit to the Catcher field in the central North Sea.

BW Catcher is expected to reach UK waters early in the fourth quarter, depending on prevailing weather conditions. Upon its arrival, BW Catcher will commence a seven-year fixed term contract, with extension options of up to 18 years, with Premier Oil. Based on a field life of 10 years, the contract value is USD 2.3 billion including FPSO charter rate and opex. 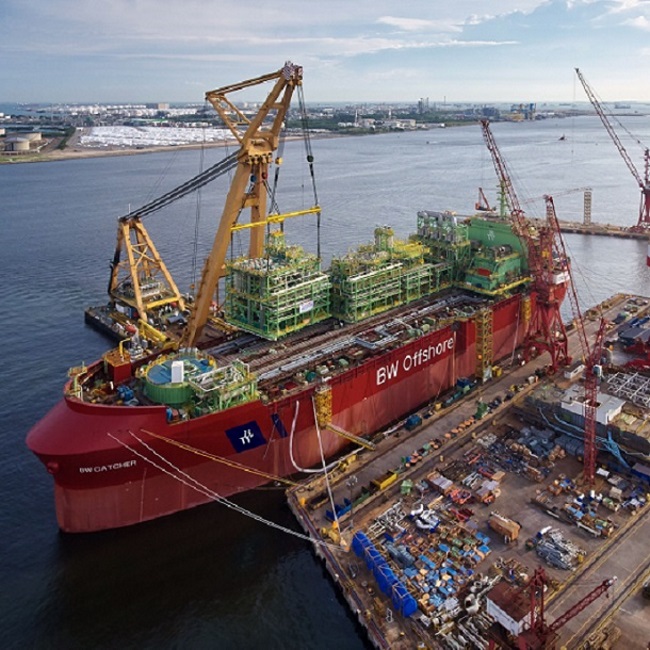 “The BW Catcher has been completed on time and within budget, and we are especially pleased with the good HSE performance during the construction project. We have worked over 11 million man hours without a lost time injury and in total around 19 million man hours. The FPSO is now underway to the North Sea for hook-up at the Catcher field, and with first oil scheduled later this year,” said Carl K. Arnet, the CEO of BW Offshore.

BW Catcher has an oil storage capacity of 650,000 barrels and a processing capacity of 60,000 barrels per day. The FPSO has a design life of 20 years of uninterrupted operations, and will be moored using a Submerged Turret Production system.
Source: BW Offshore