Singapore may be the world’s leading transhipment hub, but 200km from its shores the Malaysian state of Melaka – once the epicentre of the global spice trade – is plotting to usurp that status with the help of China’s “New Silk Road” splurge.

Top Malaysian officials say the construction of a new deep-sea port as part of the $43 billion Malaysian ringgit (HK$75.6 billion) Melaka Gateway project, jointly developed by local and Chinese firms, serves notice that the country plans to make itself a key part of Beijing’s ambitious “One Belt One Road” initiative.

Detractors, however, point to the near impossible task of upstaging the Port of Singapore – established Malaysian ports have tried for decades to no avail – as evidence that the Chinese are pouring money into the project for strategic rather than commercial reasons.

Malaysia’s trade minister Mustapa Mohamed said the 1,366-acre project was purely a show of the country’s commitment to the US$1 trillion belt and road trade plan “not only with words but with deeds”. 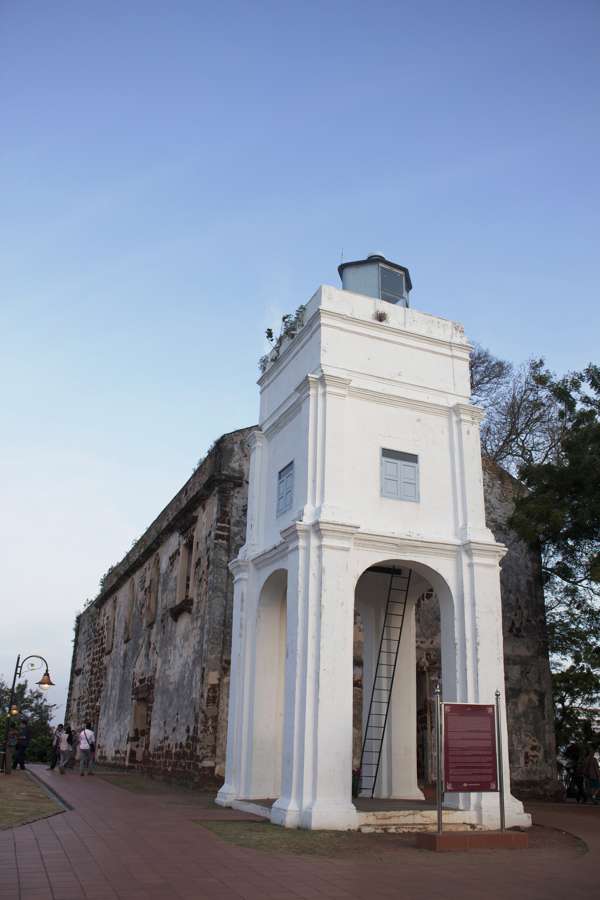 “The project has gained traction in the last six months, gaining the approval of people here in Malaysia and a new partner from China. We expect it will be a key complement of ‘One Belt One Road’,” Mustapa told This Week in Asia at the sidelines of a business conference in Kuala Lumpur.

The New Silk Road plan has seen Beijing utilise its deep foreign reserves to embark on a construction binge that seeks to rebuild ancient trade routes that linked China with the rest of the world.

The upcoming Melaka port is the latest in a string of Malaysian ports that have received Chinese investment in the past decade. The project got a shot in the arm in September last year with a capital injection from Chinese state-linked firm PowerChina.

It is majority-controlled by local developer KAJ Development, which launched the project in 2014. Apart from a deep-sea port scheduled to be completed by 2019, the project also features a cruise terminal and a sprawling waterfront district.

Industry observers and government insiders say China’s interest in Melaka is a continuation of its belt and road initiative, but the top official from the tiny state of 900,000 people said nostalgia was also at play. 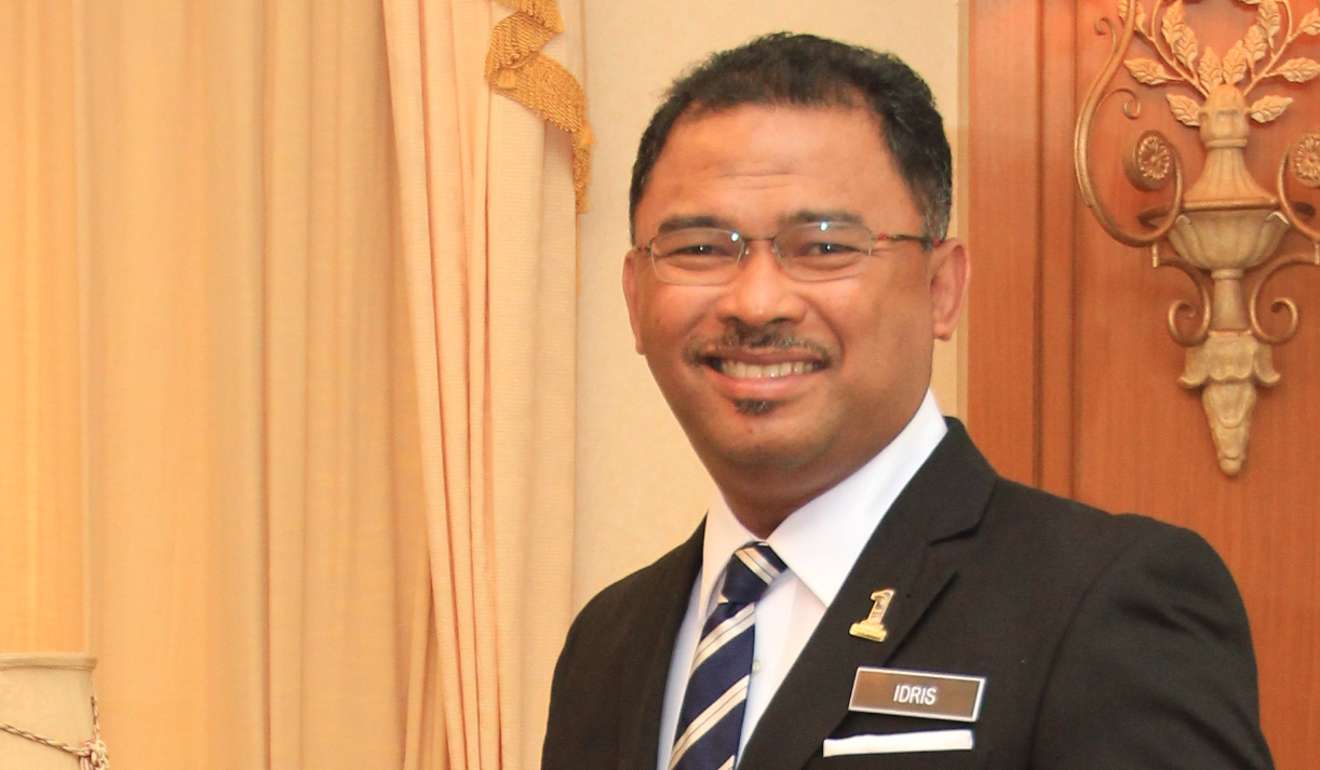 “If you ask why Beijing is interested in Melaka, I think the historic legacy is also one of the reasons. Admiral Zheng He – his presence in Melaka in the 1400s is still remembered,” Idris Haron, Melaka’s chief minister, said in an interview at his official residence.

Zheng He, the Chinese explorer, remains revered for expanding China’s maritime trade to places as far as Africa. Melaka’s alliance with China at the time made it a key hub for the lucrative trade of spices.

The state of Melaka is seen as the cradle of the contemporary Malaysian nation with its sultanate stretching back to the 15th century. Zheng, a Muslim from Yunnan province, is said to have been instrumental in converting Melaka’s first ruler Parameswara to Islam. 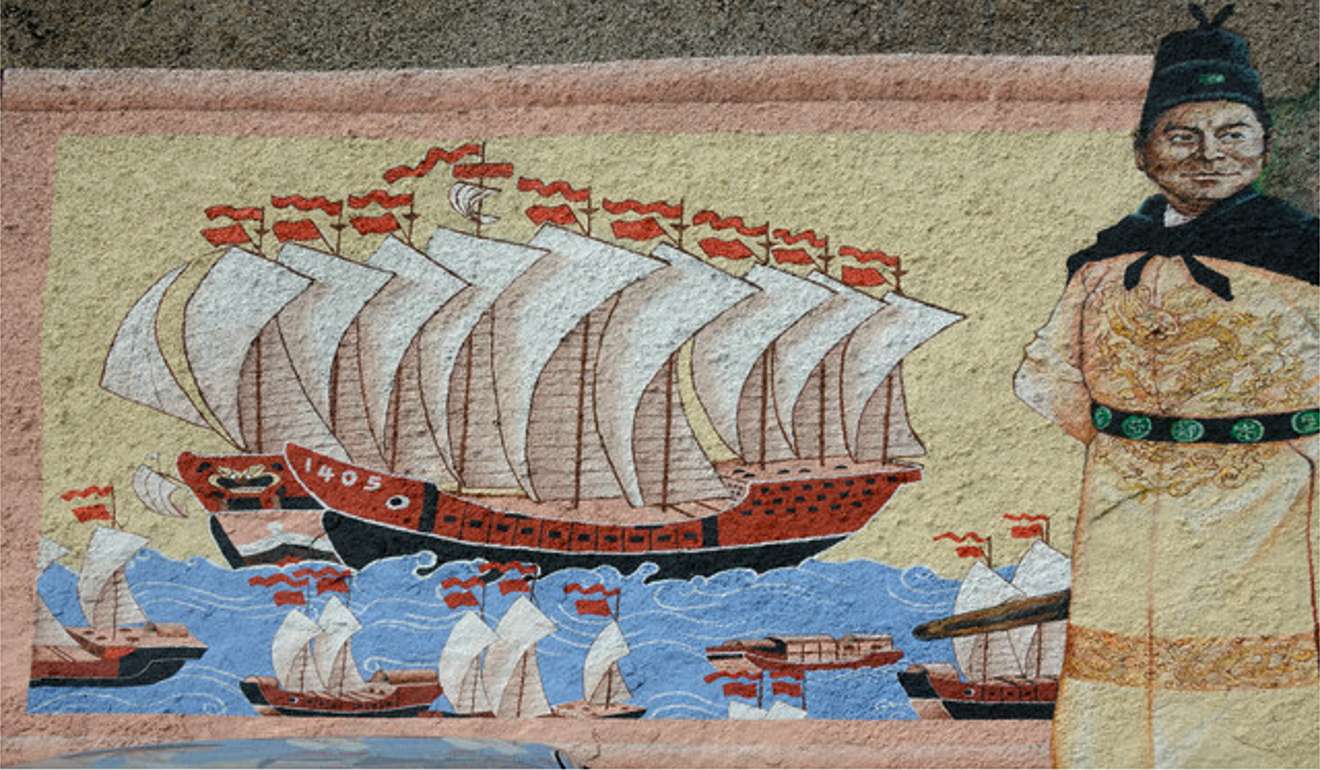 The subsequent invasion of the province by the Portuguese, followed by 19th- and 20th-century colonial ruler Britain’s preference for Singapore as its regional entrepôt, led to the demise of the Melaka port. “I was asked if I was ready to revive the deep-sea port that once made Melaka the Venice of the East, with nearly 80 languages spoken at the river mouth of Melaka. I said we will happily accept, with pleasure,” Idris said.

Construction on the first phase of the project, including hotels and a London Eye-style observation wheel, was underway when This Week in Asia visited a section of the land reserved for the development. The deep-sea port will be built on an island off the coast of Melaka.

Idris, whose state government owns a stake in the project, said the port will inevitably need to compete with Singapore to succeed. 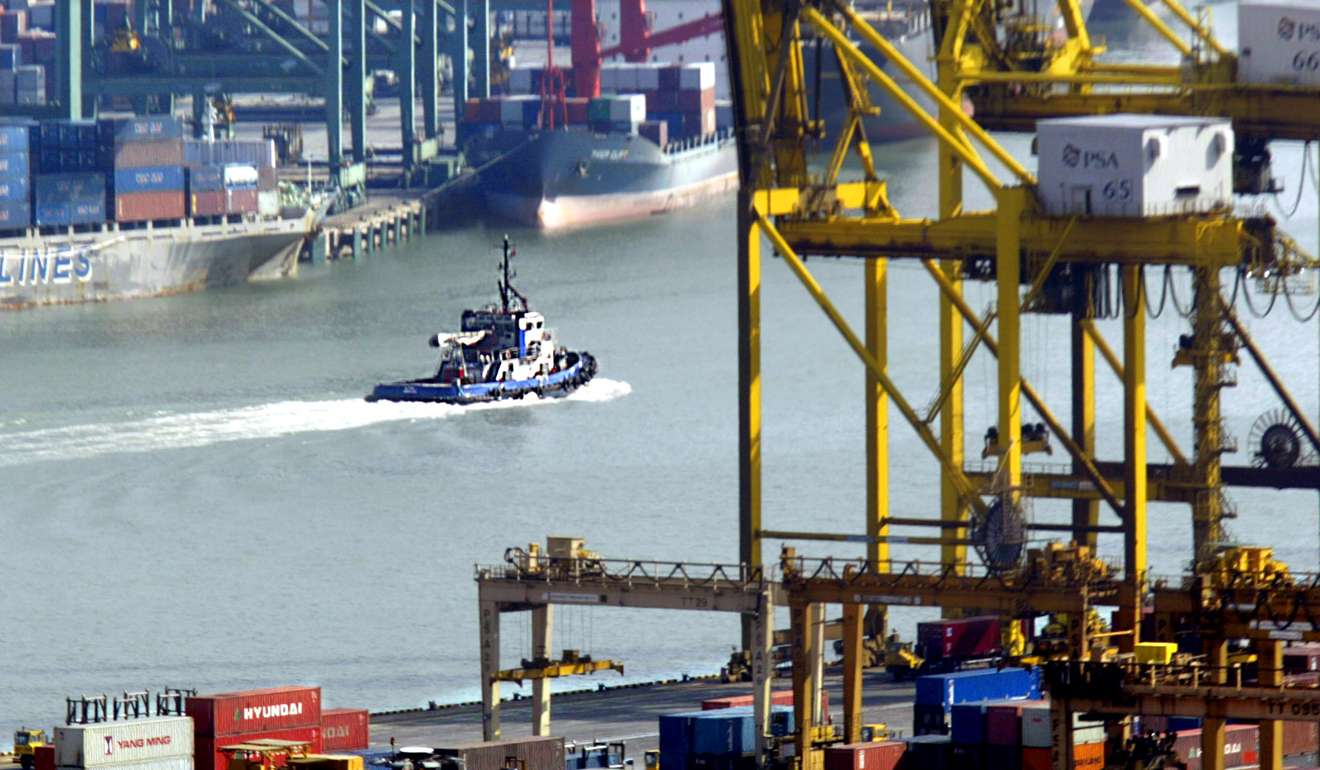 “Of course I must build a better port than Singapore to convince the ships to call here. We will be competitors and it will be good for both of us,” Idris said.

“The long-term viability of the port will depend on the development of neighbouring industries that will want to use the port for export purposes,” said Philip Teoh, a veteran lawyer who heads the shipping practice at the Malaysian law firm Azmi & Associates. “You will also need the shipping lines to call at Melaka instead of Port Klang,” he said, referring to Malaysia’s largest port. 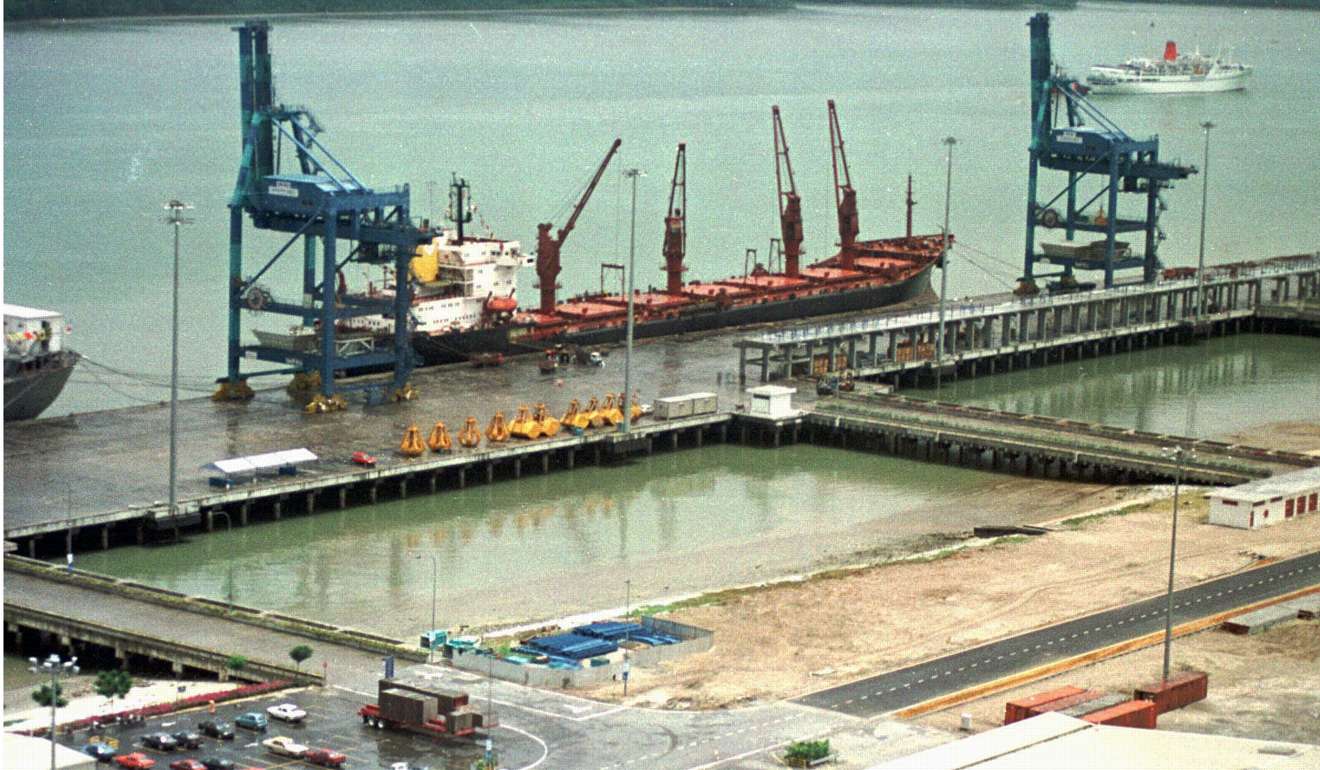 In January Port Klang unveiled plans for a $200 billion Malaysian ringgit expansion. Port Klang and the Port of Tanjung Pelapas, Malaysia’s second-biggest port, handled less containers combined than the Port of Singapore in 2015.

The $12.5 billion Malaysian ringgit Kuala Linggi International Port is also being built near Melaka to handle oil tankers. Reports say that project, which aims to steal into Singapore’s bunkering business, is also funded by Chinese investors.

Sam Beatson, a researcher at the Lau China Institute at King’s College London, said the Melaka Gateway port was as much a strategic bet as it is an economic investment for Beijing.

China, with an eye on consumer trends in Southeast Asia as well as the maritime tensions in the region, “seeks dominance in projects which have the potential to help secure trade routes”, said Beatson, who has studied the belt and road initiative. Close to 80 per cent of China’s maritime oil imports pass through the Melaka strait, one of the most narrow choke points in the world.

“China has therefore logically sought out key strategic investments into ports and infrastructure in Pakistan and Malaysia, for instance,” he said. 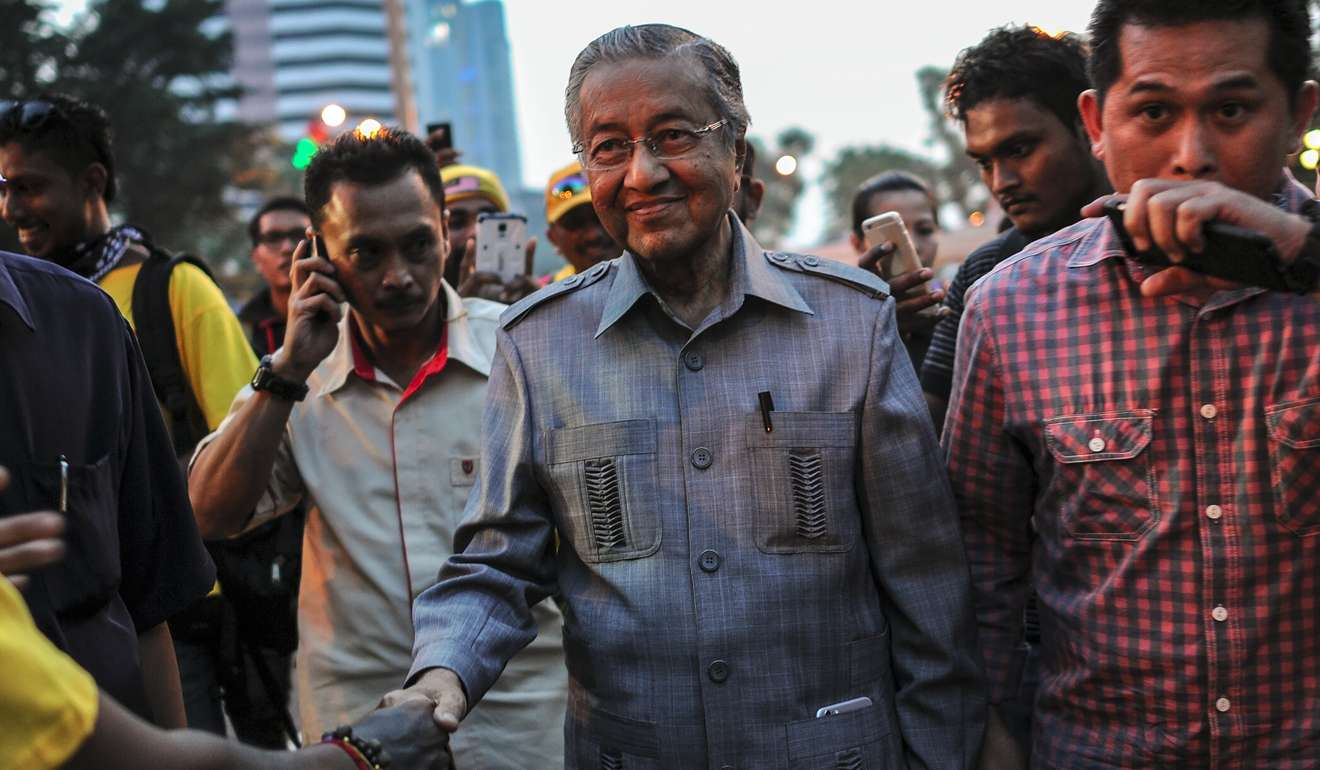 Malaysia’s former leader Mahathir Mohamad, who has emerged as current Prime Minister Najib Razak’s top critic, told This Week in Asia in a wide-ranging interview on March 21 that the Melaka Gateway project was another sign that the current leadership was ceding sovereignty for the short-term political support it might gain from the uptick in foreign direct investment.

“We have adequate facilities in this country. We already have enough ports and the necessary infrastructure to attract tourists. This [Melaka Gateway] is unnecessary,” said Mahathir.

Khairy Jamaluddin, a key member of Najib’s cabinet and the chief of the youth wing of the ruling United Malay National Organisation, said the government was merely continuing Mahathir’s policy of economic cooperation with east Asia.

“When he was prime minister, we saw a big influx in Japanese investments…no one accused Dr Mahathir during his ‘Look East’ policy of selling out the country,” Khairy told This Week in Asia. He added: “By that same token, this is an extension of us working together with a rising economy which is today China.”

He said China-backed projects in Malaysia – from railways to ports – were in the interest of Malaysians. “Beijing knows that in matters of sovereignty, in matters of national policy and foreign policy, these are things which we will not compromise on.” ■