Can Hong Kong’s Express Rail Link shine a light on Disneyland and tourism?

When visitor numbers to Hong Kong Disneyland dropped two straight years to 6.1 million in 2016, crimped by fewer mainland visitors, many doubted the park could recapture its all-time annual best in 2014 when it recorded an attendance of 7.5 million.

However, the US theme park operator sees a glimmer of hope in reversing its fortune from the major long-term, cross-border transport infrastructure projects that are nearing completion. They represent access to untapped mainland Chinese cities.

The 142-kilometre high-speed Guangzhou-Shenzhen-Hong Kong Express Rail Link (XRL), which will form part of the 20,000-km national high-speed rail network, is expected to massively improve the connectivity between Hong Kong and many mainland cities, especially those in the southern Guangdong province.

As will the Hong Kong-Zhuhai-Macau bridge that will reduce travel times between points on either side of the Pearl River estuary. The 26-km Hong Kong section of the rail, which runs from the terminus in West Kowloon to Shenzhen, is expected to be completed next year. It will link Hong Kong with the Guangzhou South Station in the Shibi township of Panyu district, through the Futian Station and the Shenzhen North Station in Shenzhen.

With the opening of the new section, the travel time between Guangzhou and Hong Kong would more than halve from 100 to 48 minutes.

In other words, people in Guangzhou and the surrounding areas in Guangdong province would have easier access to Hong Kong, according to Terruce Wang, vice president, sales and hotel operations at Hong Kong Disneyland.

“By that time, a number of cities such as Shanwei or Shaoguan are less than a couple of hours away by rail,” Wang told the South China Morning Post in an exclusive interview.

“The new infrastructure opens up a world of new possibilities, allowing us to reach out to the untapped markets,” he said.

Hong Kong Disneyland is going through a bumpy ride and would be hopeful the new connections could help regain lost ground.

In tandem with Hong Kong’s declining visitor numbers, the park has been in the red for two consecutive years, with a HK$171 million loss for 2016, as it and Hong Kong grapple with fewer mainland tourists. 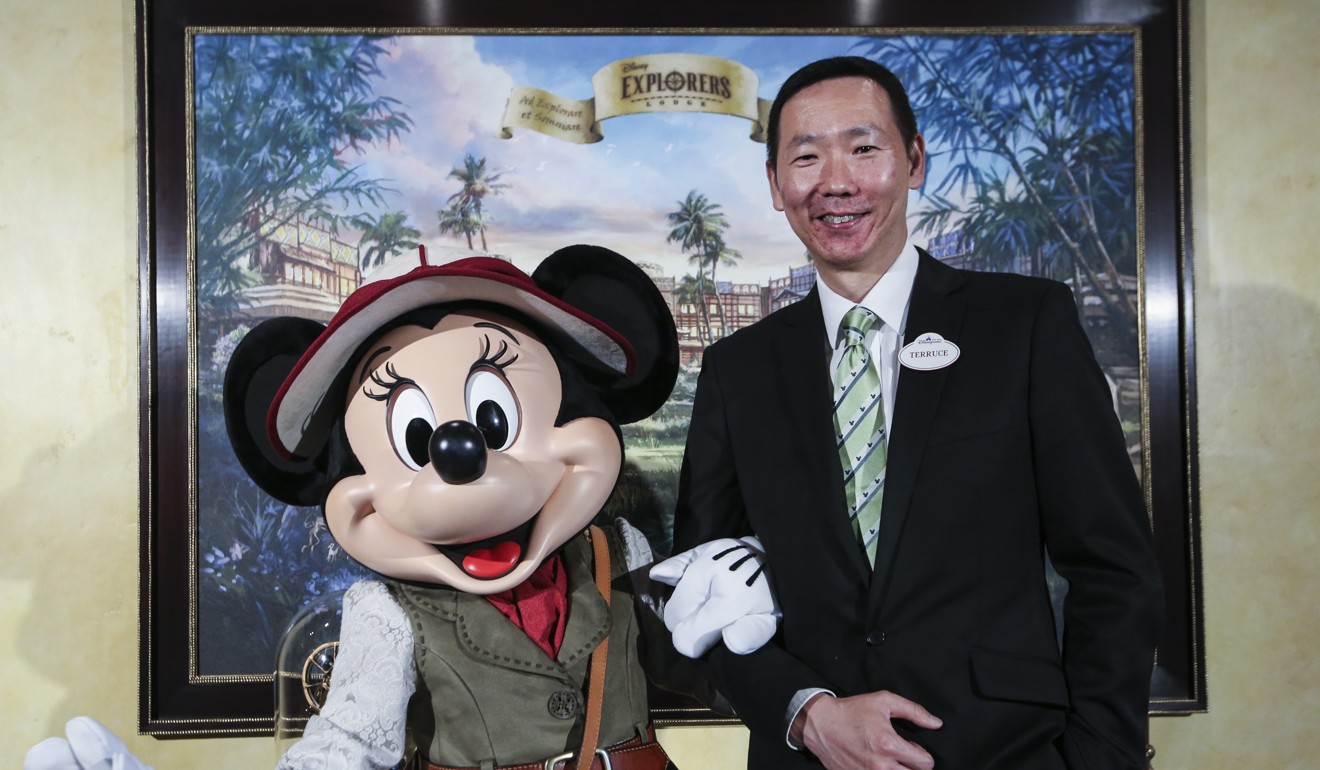 The Hong Kong theme park has also posted losses for eight of the 11 years that it has been in operation, recording profits only at the peak of the city’s tourism boom from 2012 to 2014, according to its financial filings.

Mainland visitors, who used to account for half of Disneyland’s total attendance during the boom, represented only 36 per cent of total visitors last year.

The new infrastructure opens up a world of new possibilities, allowing us to reach out to the untapped markets

“We will invest more resources in the Guangdong province. In the past, we had focused on the eastern part of Guangdong, and we will look at other parts of the province with the new rail link completion [in mind],” Wang said.

“We want to encourage them to come, telling them that Disney is at their doorstep.”

The park will launch mini mall shows in the untapped cities, and partner with Chinese online travel agencies like Ctrip to draw customers.

“Ctrip has a huge storage of big data. For example, they can trace which of their customers have visited the park in the past 10 years. It would help Disneyland to launch promotion incentives to the targeted group of customers,” Wang said.

Guangdong province is one of China’s top five source markets for the booming outbound tourism industry, along with Beijing, Shanghai, Jiangsu province and Zhejiang province. 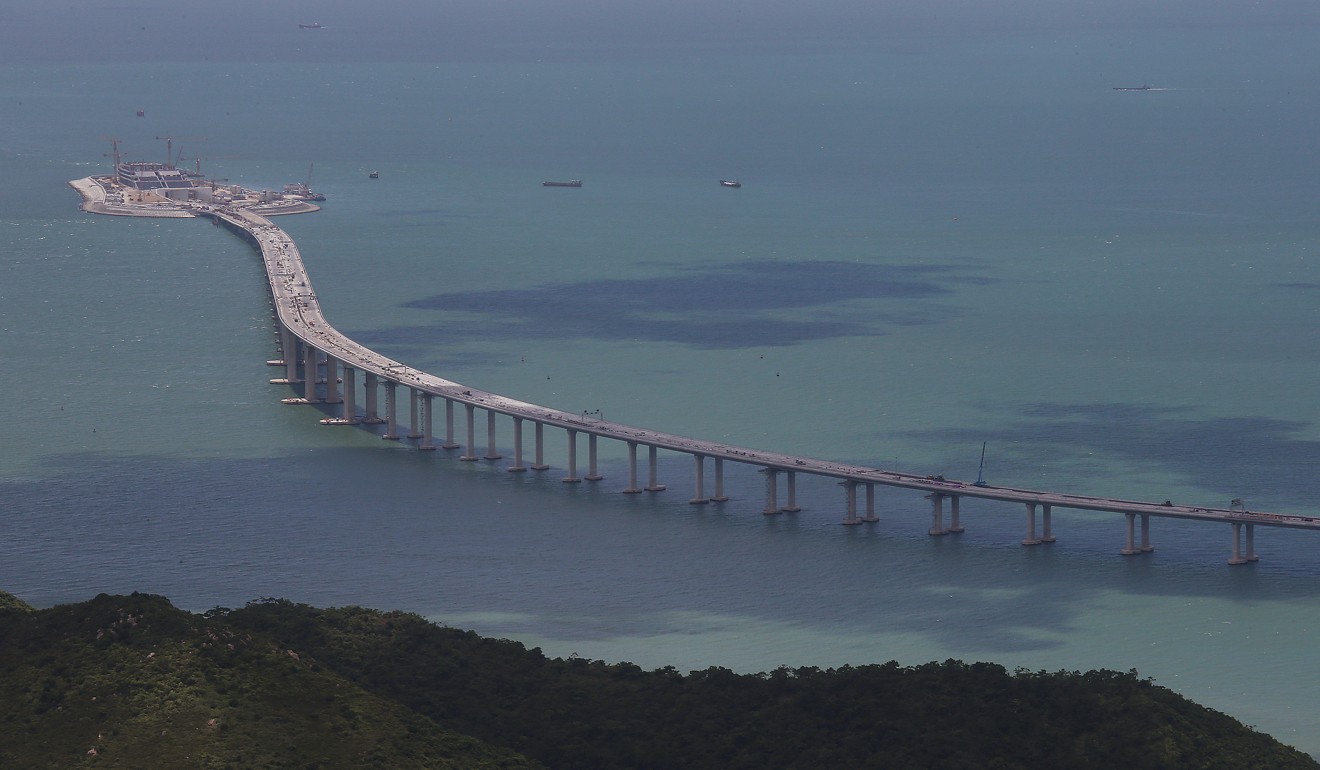 The market for untapped cities in Guangdong is potentially huge. Shaoguan, the province’s second largest city has a 2.95 million population, with a GDP of 121.8 billion yuan (US$18.3 billion) on an annualised growth rate of 6.3 per cent.

Shanwei, in southeastern Guangdong has a population of about three million, with a 6.5 per cent year on year GDP growth to 82.85 billion yuan in 2016.

“This is a golden opportunity, not only for us, but also for Hong Kong,” said Wang. He said that despite declining mainland visitor arrivals to Hong Kong, the group continues to be the city’s biggest source of visitors that “we cannot miss”.

The decline has dampened Hong Kong’s total arrival numbers which fell 4.5 per cent year on year last year, cutting inbound tourism-related expenditure by 10 per cent to HK$296 billion US$37.8 billion).

Wang is calling on the Hong Kong government, the Hong Kong Tourism Board (HKTB) and other tourism stakeholders to jointly market and promote the city as a travel destination and a tourism hub.

“We need to attract visitors to pick Hong Kong as a travel destination, and then we hope that the length of their stay in the city can be longer. That needs co-operation among the sector’s stakeholders and the support of the Hong Kong government,” he said.

Hong Kong is up against stiff competition from other destinations in Asia and around the world that are also chasing the tourist dollar.

Asian destinations including Taiwan, Japan, South Korea, Singapore, Malaysia and mainland China, have been enhancing their tourist attractions and launching large-scale marketing campaigns, as well as introducing policies to draw mainland Chinese visitors, according to HKTB. 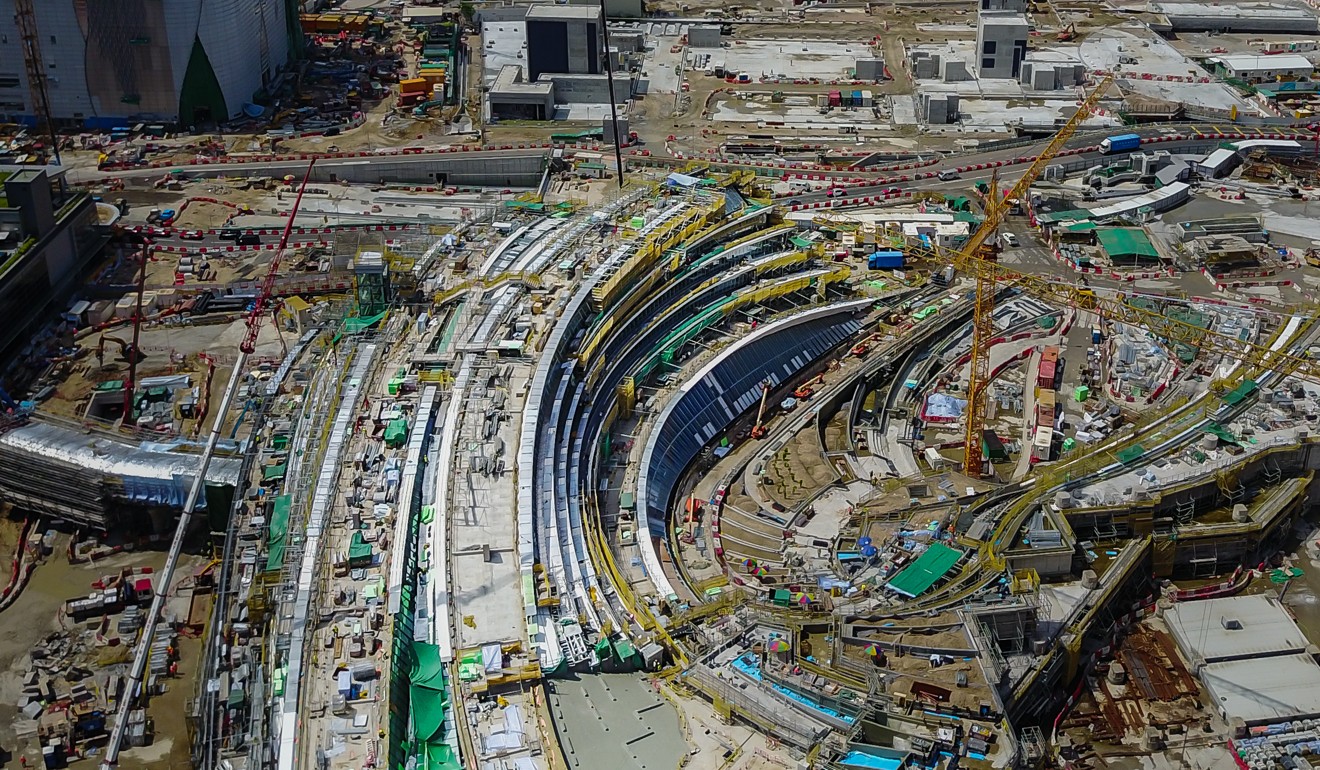 To counter the competition and capitalise on the XRL opening, a HKTB spokesperson said they would collaborate with Hong Kong attractions to draw repeated visits by families from the Pearl River Delta region.

Hong Kong’s other major theme park, Ocean Park said it would launch joint promotions with online and key travel agencies in the major cities along the high speed railway.

Ahead of infrastructure projects’ completion, Disneyland’s Wang said they would further launch marketing campaigns to draw park visitors, expand business as a venue for meetings, conferences and exhibitions, and invite companies to hold activities at the park’s hotels.

And only in 2018 when the first train pulls into Hong Kong will Disney know if the magic has returned.