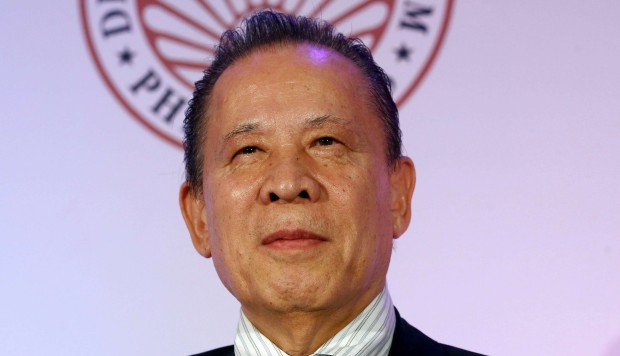 Japanese gambling tycoon Kazuo Okada, who is opening a new $2.4 billion casino resort in Manila, said on Wednesday he hoped to make the Philippines “the next Hawaii” as he looks to expand his business there.

China, Beijing, the air is polluted … I think the Philippines would be one of the best tourist spots for everybody

In addition to Manila, Okada said he was also exploring the possibility of operating resorts on the Philippine islands of Palawan and Boracay, both major tourist attractions, in a bid to tap the lucrative Chinese market.

“I would like to make the Philippines the next Hawaii, given that there are a lot of great beaches here,” he told ABS-CBN television in an interview aired late on Wednesday.

“China, Beijing, the air is polluted and I feel there are people [there] who would want to get away, go to a fresh place and I think the Philippines would be one of the best tourist spots for everybody,” he said through a translator.

Okada’s new property in the capital will initially employ around 10,000 people and is one of four mega-casinos planned on a glittering strip fronting Manila Bay dubbed Entertainment City.

The country is targeting revenues of US$7 billion, roughly the levels of Singapore and Las Vegas, by 2020, as part of its bid to become one of the world’s top gambling destinations, after the Chinese enclave of Macau, the gaming industry’s capital.

Okada’s project – now set to open during the first quarter of 2017 – has been dogged by delays that saw the Philippines’ gambling regulator threaten to suspend the company’s license last year.