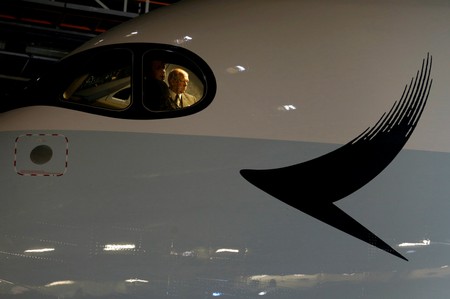 Pilots at Cathay Pacific Airways Ltd voted in favour of raising funds as a buffer against any actions the Hong Kong airline may take against them, such as unilateral benefit changes or job losses, their union said on Friday.

The move underscores persistent pilot discontent at Cathay, where anger and distrust has deepened after it decided not to pay any year-end bonuses to Hong Kong-based captains, five pilots told Reuters on condition of anonymity.

Eager to cut costs, the loss-making airline had also sought to cut payment of housing allowances but this month extended the stipend ahead of a busy holiday travel period and amid poaching attempts by its rivals.

More than 82 percent of union members voted in favour of resolutions including raising funds to prepare for any industrial escalation. Chris Beebe, general secretary of the union, said however that there no plans to take any action unless the airline moved to cut benefits first.

Cathay said this month it capped year-end bonuses to junior and mid-level employees at HK$35,000 ($4,475) in Hong Kong, or less than the usual payment of an extra month’s salary due to the “difficult financial environment”.

Captains, as senior-level employees, did not get any bonus.

The airline did not immediately respond to a request for comment about the union vote on Friday.

Cathay’s director of flight operations, Anna Thompson, said in memo to pilots that the airline could have communicated its decision better and noted that more than 400 pilots had expressed “how they are currently feeling as employees” to managers after the bonus decision on an internal online forum.

The airline has around 3,300 pilots globally, two-thirds of whom are union members.

One of the pilots who spoke to Reuters said: “This obviously keeps all office and ground staff happy, but docks all pilots, and deducts a whole month’s salary from captains.”

Cathay in August posted its worst half-year loss in at least 20 years, due to poor fuel hedging and stiff competition from expanding mainland Chinese and Gulf airlines.

The airline is undertaking a strategic transformation programme aiming for HK$4 billion of cost savings over three years and has also warned pilots about potential cuts to their retirement benefits.