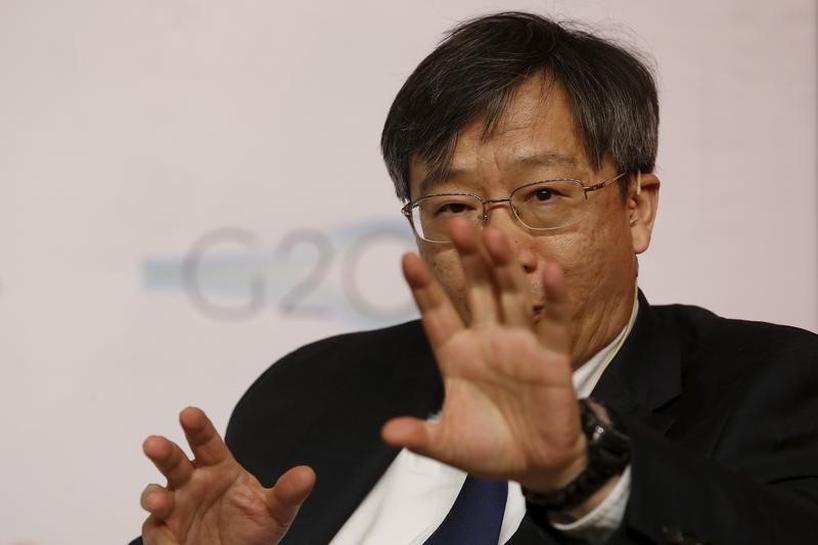 People’s Bank of China Deputy Governor Yi Gang attends a conference during the 2016 IIF G20 Conference at the financial district of Pudong in Shanghai, China, February 25, 2016.

BEIJING China said it will give the United States a 250 billion yuan ($38 billion) investment quota for the first time to buy Chinese stocks, bonds and other assets, deepening financial ties and interdependence between the world’s two largest economies.

China has given such quota allocations to several countries including the UK, France and Singapore, but this would be the biggest given to a single jurisdiction after Hong Kong.

Chinese officials also repeatedly pledged in two days of talks with U.S. counterparts that they saw no need for sustained weakening of the yuan currency, which many investors fear could shock the already sluggish U.S. and global economies and roil financial markets as happened in January.

A central bank vice governor, Yi Gang, announced the quota at the bilateral Strategic and Economic Dialogue talks in Beijing, without providing further details such as a timeframe.

“We believe the U.S. market is very important, so we granted 250 billion yuan in RQFII quotas to the United States,” he said.

The Renminbi Qualified Foreign Institutional Investor programme, which was set up in late 2011, allows overseas financial institutions to use offshore yuan to buy securities in mainland China, including stocks, bonds and money market investments.

“The ability to do RMB transactions in the United States will be a real advantage, to small firms in particular and to large businesses that are not financial businesses,” U.S. Treasury Secretary Jack Lew said late on Tuesday.

The moves will allow Beijing to pursue its ambition of making the yuan a more widely used global currency, while giving U.S. investors greater access to China’s domestic markets.

The new quota will significantly expand the RQFII programme, under which 501.77 billion yuan had been allocated as of May.

The quota, which financial institutions will apply to use, is the first granted to the United States.

Ivan Shi, head of research at Shanghai-based fund consultancy Z-Ben Advisors, said the move also increased the chances that global investment index compiler MSCI will include Chinese shares in its index, a decision that could come next week, as it broadens foreign access to China’s stock market.

“But its implementation depends on how widely the yuan is used in the U.S. and how much interest U.S. investors have toward Chinese stocks and bonds,” he added.

But foreign interest has waned after a near meltdown in China’s equity markets last year and subsequent heavy-handed official intervention to shore them up.

Some analysts said the quota move appeared to be largely symbolic, as many others channels for investing in Chinese assets have opened up since the RQFII programme was launched in 2011.

China’s central bank said in February it would allow all kinds of financial institutions that are registered outside the country to buy bonds in the interbank market and would scrap quotas for medium- and long-term investors.

Yi said on Tuesday that internationalisation of the yuan currency would be market-oriented.

Lew said during the talks that China was committed to continuing “market-oriented exchange rate reform that allows for two-way flexibility” of its yuan currency.

The optimal window to make progress on a U.S.-China bilateral investment treaty (BIT) was before the G20 leaders meeting in September, he said.

Aside from discussions about the internationalisation of the yuan, China and the United States also agreed to push forward reforms at the International Monetary Fund (IMF) to increase quotas for emerging economies, which determine their voting powers in the organisation and access to financing.

“Both sides reiterated the allocation of IMF quotas should be shifted towards emerging markets and developing countries,” Lew said.

(Additional reporting by Samuel Shen; Writing by Elias Glenn and Sue-Lin Wong; Editing by Kim Coghill and Will Waterman)