Without a shot fired, the Singapore Army lost possession of nine Terrex infantry carrier vehicles (ICVs) after Hong Kong customs impounded the armoured vehicles as they were transiting through the port.

This episode has many teachable moments for followers of statecraft and must be played out carefully as the concluding act has yet to take centre stage.

Any diplomatic gaffes, missteps by any party could result in misgivings that linger long after the fate of the Singapore Armed Forces (SAF) war machines has been decided upon. This would have unfortunate consequences for the parties concerned if what could be ascribed to routine/rigorous customs checks is given another spin.

News of this episode – the largest ever seizure of SAF war machines – emerged on November 24. It was reported that up to 12 Terrex ICVs were seized in the container terminal as they were en route from the Taiwanese port of Kaohsiung to Singapore.

Within days, the topic of SAF training in Taiwan has come under the spotlight with many theories postulated. 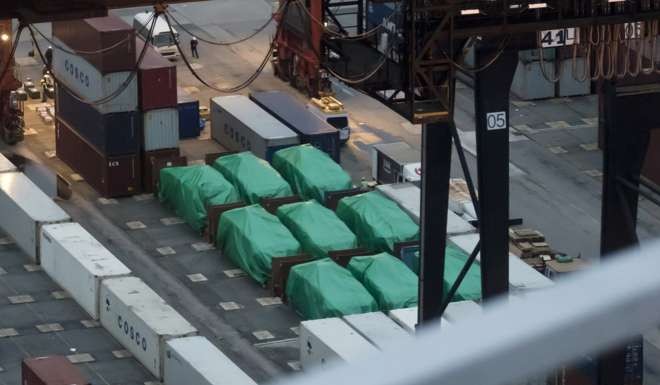 At one end of the spectrum, some theorised an administrative gaffe as the culprit. More complex interpretations blamed strategic topics du jour such as the South China Sea dispute, the city-state’s leanings toward the United States and military training in Taiwan as possible irritants to China-Singapore ties that could have prompted Hong Kong customs officials to impound the Terrex ICVs.

Seen at face value, it may appear that Beijing wants to telegraph its intentions to Singapore by using the Terrex ICVs as a proxy. This theory is not far-fetched, but unlikely. If so, it would indicate that Chinese statecraft has taken on a somewhat dramatic posture when there are other means in the diplomatic toolbox to ensure its messages are transmitted loud and clear.

Whatever the cause, this is not the first time that policymakers in Beijing, Taipei and Singapore have had to confront the matter of SAF activities overseas. Five training incidents that claimed the lives of at least 10 Singaporeans put to test the relationship between China and Singapore, when the Taiwanese venue of SAF war games made the news.

The following incidents were reported by Singapore media and are open source:

In August 1993, two soldiers from 2 SIR (Singapore Infantry Regiment) who were riding a motorbike skidded and landed in a drain during a night ride. Both were evacuated to Singapore by a Republic of Singapore Air Force (RSAF) C-130 aeromedical flight. One of the soldiers died later from severe head injuries.

In April 1994, all four persons on board a RSAF 125 Squadron Super Puma on a predawn flight died after the helicopter crashed into a mountain in Taiwan. The crash was so severe that dental records had to be used as a means of identification. Complicating the Singapore Ministry of Defence (Mindef) news release was the presence of a Taiwanese military officer aboard the helicopter.

In June 1995, two full-time National Servicemen (NSFs) from 3 Signals died after their vehicle went off a hill in Taiwan.

In May 2007, two full-time National Servicemen were killed when a twin-seat Republic of China Air Force F-5F jet fighter crashed into storeroom located within a Taiwanese military base. Two other NSFs warded at the Taipei Tri-Service Hospital were repatriated aboard a RSAF KC-135R configured as a flying hospital. One of the NSFs died 17 days later at Singapore General Hospital.

In June 2009, an SAF regular was found motionless in his bunk at a Taiwanese military facility. He was pronounced dead in hospital in Taiwan. The ammo tech was in Taiwan to support the SAF’s unilateral training there.

Throughout these dark moments, Beijing maintained a dignified silence. It did so in the era when New Media had yet to be invented. And it maintained this stance this century when New Media outlets amplified the news – up until the Terrex episode.

What’s more, the pinnacle command positions in Singapore’s fledgling air force and navy were occupied by Taiwanese military personnel who served Singapore in the 1970s. Taiwan’s Colonel Liu Ching Chuan was once Commander RSAF (renamed as Chief of Air Force) while former Taiwanese officer Khoo Eng An once held the post of Commander Republic of Singapore Navy (retitled as Chief of Navy).

Beijing could have responded robustly decades ago – but did not do so. Inaction could not have been out of ignorance as these command appointments were widely known in diplomatic circles. The appointments have also been chronicled in SAF coffee table books. So China’s reticence was done by choice. Why?

In all the years of SAF activities overseas, Beijing’s acquiescence has been reciprocated by the Lion City’s delicate handling of the matter out of respect to the Middle Kingdom. This approach extends to the Terrex episode, where all MINDEF/SAF statements on the matter have left out the very pertinent point of the origin of the shipment. This approach may explain why journalists hounding the ministry for clarity have found themselves facing a wall of silence whenever “Taiwan” appears in their questions.

Thanks to behind-the-scenes statecraft from all sides, a semblance of implicit understanding has been achieved for years. As a result of this balance, SAF activities in Taiwan became an open secret that is watched closely, yet tolerated so long as no one decided to exploit the matter.

This has been to the benefit of all as foreign relations were allowed to flourish on a win-win trajectory without being bogged down or stymied by the awkward matter of SAF war games overseas.

Diplomacy aside, one important dividend that Beijing has cashed in from this matter comes from inculcating its position to tens of thousands of Singaporeans who have trained in Taiwan. This comes about from stern security briefings to those bound for Taiwan not to talk about SAF training there. For the average Singaporean, who is usually apathetic about regional affairs, a trip to Taiwan downloads the essence of Beijing’s strategic narrative: That there is only one China. That Taiwan is viewed as part of the motherland. And that foreign nationals are not to dabble in Chinese affairs.

The dividend China has reaped from such awareness is impossible to quantify. Yet, Chinese officials would probably quietly acknowledge it has been invaluable as Beijing reaps the spin-offs for doing virtually nothing. And as the NSFs (National Servicemen Full-time either in the Singapore Armed Forces, Singapore Police Force or the Singapore Civil Defence Force) grow into adulthood and later in life move into Singapore’s high society, Singaporeans are ingrained with the dynamics of China-Taiwan relations long after the war games are over. 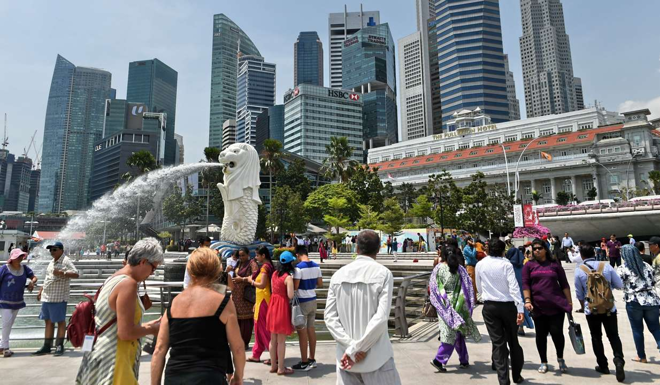 Now insert the matter of a customs inspection, during which officials simply had to act as they knew FactWire was watching. Add the multitude of rules and regulations that regulate imports/exports, which have to be followed for compliance reasons. Factor in the media glare – more pervasive now with 24/365 New Media channels – and we begin to understand why officials in Beijing have issued the sound bites that we have heard in recent days.

Chinese Foreign Ministry spokesman Geng Shuang, said: “All ships that enter Hong Kong should follow the laws of the Special Administrative Region. We oppose countries that have diplomatic relations with us to have any form of official exchanges with Taiwan, including defence cooperation.”

Yes, this sounds harsh and is in all likelihood directed at Singapore. But what more do you expect China to say when asked point blank for a response to an issue which three parties danced around delicately for decades?

The sound bites reflect the realpolitik that comes about now that the open secret that officials assiduously avoided mentioning has become a talking point. For Beijing not to make motherhood sound bites would signal a pivot from its long-standing position on what it regards as a renegade province – and that is something Beijing will not do.

The question now is how the impasse will be concluded.

This brings us back to the teachable moments.

It could conclude with a takeaway that shows that SG-Sino relations are far stronger than what the Western media makes it out to be and that Beijing isn’t throwing a hissy fit with the Terrex ICVs as a convenient proxy. It could be resolved quietly, without fanfare with behind-the-scenes diplomacy.

If the worst-case scenario pans out with the Terrex ICVs ending up in a Chinese military museum, then this could give moves by regional parties (read Australia) to have Singapore pivot south more momentum in a faster and bigger way.

How this story ends really isn’t for Singapore to suggest as it’s a matter of red tape, or should we say, Red tape.

David Boey is a former defence correspondent and a member of the Singapore Ministry of Defence’s Advisory Council on Community Relations in Defence (Accord). The article first appeared on his blog on defence matters.