The Company’s drugstore sales increased in the first quarter of fiscal 2015, primarily due to a 9.8% increase in same-store sales, and revenues from the proliferation of new stores established over the last few years. Retail profit margin decreased to 17.6% from 25.7% in the first quarter of fiscal 2014 due to strong market competition and the implementation of government subsidies to all drugs sold at public hospitals in Zhejiang Province since April 2014. As of June 30, 2014, we have 49 retail drug stores in total with one new store opened in Hangzhou during the quarter.

The Company’s online sales continued to grow dramatically in the first quarter of fiscal 2015, reflecting its efforts in expanding collaboration with large business-to-consumer vendors, better products selection for online consumer, and effective cost control. The Company also plans to implement the O2O (online to offline) drug sales model, which provides deliveries to customers from local stores within a few hours of an online purchase. As online shopping becomes widely used, the Company’s sales and technical team gains more experiences in searching for potential customers and satisfying products. The Company’s management expects an explosive expansion of its online pharmacy sales in the near future.

Mr. Lei Liu, the Company’s Chairman and CEO, stated, “We are glad to see the continued improvement in our retail operation, especially the growth in our same-store sales and online store. Wholesale business declined in the first quarter as we have been undergoing restructure of the division in the past few quarters, including a change in sales and management team of wholesale division.”

“For the remaining of fiscal 2015,” Concluded by Mr. Liu, “we anticipate to grow revenue primarily through our retail operations and online pharmacy while stabilizing our wholesale operations with an eye to achieve bottom line results.”

Statements in this press release regarding the Company that are not historical facts are forward-looking statements and are subject to risks and uncertainties that could cause actual future events or results to differ materially from such statements. Any such forward-looking statements, including, but not limited to, financial guidance, are made pursuant to the safe harbor provisions of the Private Securities Litigation Reform Act of 1995. These statements can be identified by the use of forward-looking terminology such as “believe,” “expect,” “may,” “will,” “should,” “project,” “plan,” “seek,” “intend,” “anticipate,” the negatives thereof, or comparable terminology. Such statements typically involve risks and uncertainties and may include financial projections or information regarding the progress of new product development. It is routine for the Company’s internal projections and expectations to change as the quarter and year progresses, and therefore it should be clearly understood that the internal projections and beliefs upon which the Company bases its expectations may change. Although these expectations may change, the Company is under no obligation to inform you if they do. Actual results could differ materially from the expectations reflected in such forward-looking statements as a result of numerous factors, including the risks associated with the effect of changing economic conditions in the People’s Republic of China, variations in cash flow, reliance on collaborative retail partners and on new product development, variations in new product development, risks associated with rapid technological change, and the potential of introduced or undetected flaws and defects in products. Readers are referred to the reports and documents filed from time to time by the Company with the Securities and Exchange Commission for a discussion of these and other important risk factors that could cause actual results to differ from those discussed in forward-looking statements. The Company also routinely posts important information on its corporate websites, which readers can access at www.jiuzhou-drugstore.com (Chinese) and www.chinajojodrugstores.com (English). 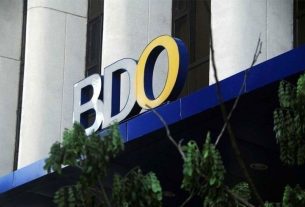