China Vanke is rapidly implementing the use of technology to improve the quality of life of families in nearly 1,800 projects in 65 cities on the mainland.

“Property development and management is heading hi-tech,” said Quincy Chow, vice-president for sales and marketing of the operation department at Vanke Property (Hong Kong), a wholly-owned unit of China Vanke.

“Robot cooks have been in use for some time now to prepare lunch for our staff in China and the application of artificial intelligence also extends to security surveillance. It saves on human resources and maintains a standardisation of services.”

The Hong Kong and Shenzhen-listed group’s founder and former chairman Wang Shi in 2015 said that 30 per cent of its property management services – from sweeping floors to guarding its estates – would be done by robots over the next 10 years.

The property developer, China’s second-largest with sales of 530 billion yuan (US$82.3 billion), believes in “3 Good” – good houses, good services and good neighbourhood for its customers.

Towards this end the company’s Vanke Building Research Centre in Dongguan, in south-eastern Guangdong province, conducts research on environmentally friendly building materials, development and application of precast concrete modules and stormwater management demonstration systems. It even has a botanical garden which has more than 800 different plant species.

China Vanke, which is a recent entrant to the Hong Kong property development market, this year plans to debut its 100 per cent owned residential projects in the city where private new flats are highly concentrated in the hands of two giants – Sun Hung Kai Properties and CK Asset Holdings.

The company won the So Kwun Wat residential plot in Tuen Mun for HK$3.8 billion in a 2015 Hong Kong government tender after beating nine competitors.

To differentiate its products from its rivals and put an emphasis on healthy living, Chow said the group will include a one kilometre long outdoor running track at its 1,000-unit residential project in Tuen Mun. 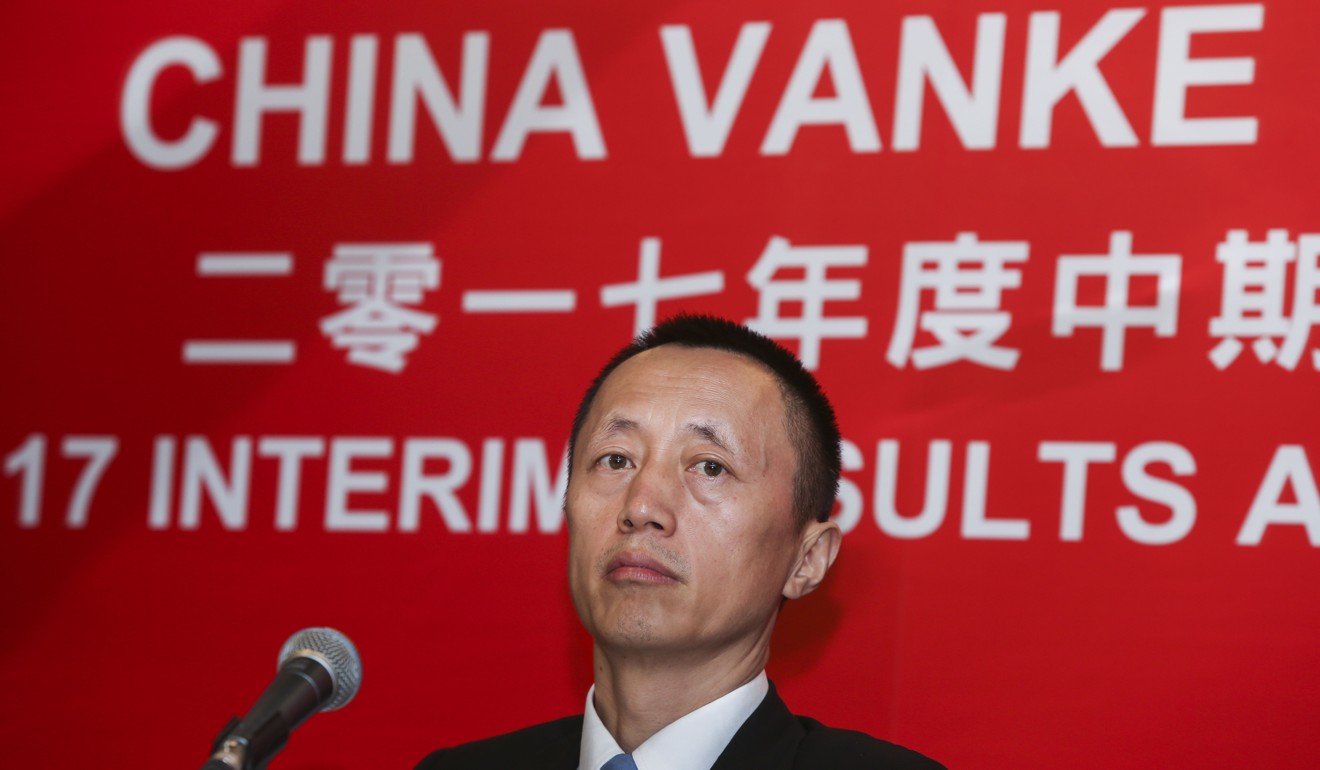 This also reflects the interest of chairman Yu Liang, who is an avid marathon runner. A kindergarten will be opened here to increase its appeal to potential buyers, he added.

“Our projects will have other breakthrough concepts when we launch later.”

It also has two projects in the pipeline – a luxury serviced apartment building in Wan Chai comprising 105 units and a 500-unit residential development in Cheung Sha Wan.

Vanke’s joint venture project with New World Development and MTR – The Pavilia Bay in Tsuen Wan – launched has been a hit with buyers. The 980-unit project, launched in January last year, is nearly sold out and has pulled in about HK$7.8 billion in sales.

“As a new entrant in Hong Kong, we have to learn from local developers,” Chow said, referring to the joint venture.

The company, which is based in the Bank of China Tower, in Central, employs about 60 people in Hong Kong, most of whom are from the city, which Chow said resembles the localisation practice in Vanke offices across the globe from London to New York.

China Vanke is involved in 30 overseas projects in cities such as New York, San Francisco, UK, Singapore and Hong Kong.