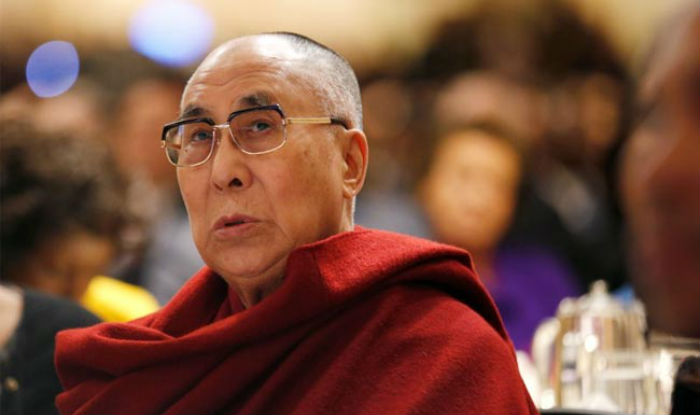 Beijing, Sept 14 :  China today warned Taiwan against allowing the Dalai Lama to visit, saying it will “severely impact” ties, after a high-profile Taiwanese legislator invited the exiled Tibetan spiritual leader to the self-ruled island. China, which considers Taiwan as its own, said it is firmly opposed to such a visit amid apprehensions that that new government in Taipei headed by President Tsai Ing-wen may permit it. “The intention of some forces in Taiwan to collude with separatists seeking ‘Tibet independence,’ and to create disturbances will have a severe impact on relations across the Taiwan Strait,” Ma Xiaoguangan, official of in-charge of China’s Taiwan Affairs told media.

“We firmly oppose the Dalai Lama’s visit to Taiwan of any form,” Ma said. China routinely opposes Dalai Lama visits to different countries saying that he is a separatist and out to split China. The Dalai Lama was invited by Freddy Lim, one of Taiwan’s most famous heavy-metal singers and also an outspoken critic of China. He was elected to Taiwanese parliament this year and reportedly met the Dalai Lama in Dharmsala last week. (ALSO REAd: Tibetans living in exile thank Barack Obama for hosting Dalai Lama)

There is a steady decline in relations between Taiwan and China, which till last year showed improvement under former Taiwanese President Ma Ying-jeou who even met his Chinese counterpart Xi Jinping in Singapore last year. Reports from Taipei said there is a considerable decline of tourists from China. The Dalai Lama, 81, who won the Nobel Peace Prize in 1989, fled into exile in India in 1959 after an abortive uprising against Communist rule.