China’s two biggest bike-sharing giants, Mobike and Ofo, could be merged, as investors of each firm soften their stance to outdo the other and put a brake on the money burning to strengthen user bases in a market increasingly squeezed by new players and regulatory policies.

Speaking during a forum in Shanghai earlier this week, Zhu Xiaohu, founder of GSR Ventures who have led the investments in Ofo, said it was now time to consider a merger as it was the only way to become profitable, after Ofo and Mobike have secured a combined 95 per cent of the Chinese bike-sharing market.

“Although Ofo and Mobike have dominated the market, they still require huge amounts of money every month to maintain operations. It is only when the two companies merge that they can become profitable,” Zhu was quoted as saying by the mainland Chinese media.

But when asked which company would be the acquirer, Zhu said that was not an issue to the investors.

His comments this week are an about-turn from a public dismissal three months earlier that the idea of a merger between the two firms was unlikely due to “cognitive difference”.

In June, Zhu had also argued with Pony Ma Huateng, founder and chairman of Tencent, which is a long-time investor of Ofo’s close rival, Mobike, over the popularity of the two companies in the market. The two billionaires had concluded the debate with an agreement to wait out for a year to see which company would overtake the other in China.

Zhu’s mindset shift would represent investors’ inclination of looking to cool a potentially no-win rivalry between Ofo and Mobike, which have been burning real cash to expand market shares at home and abroad, according to Analysys’s senior analyst Zhang Xu in Beijing. 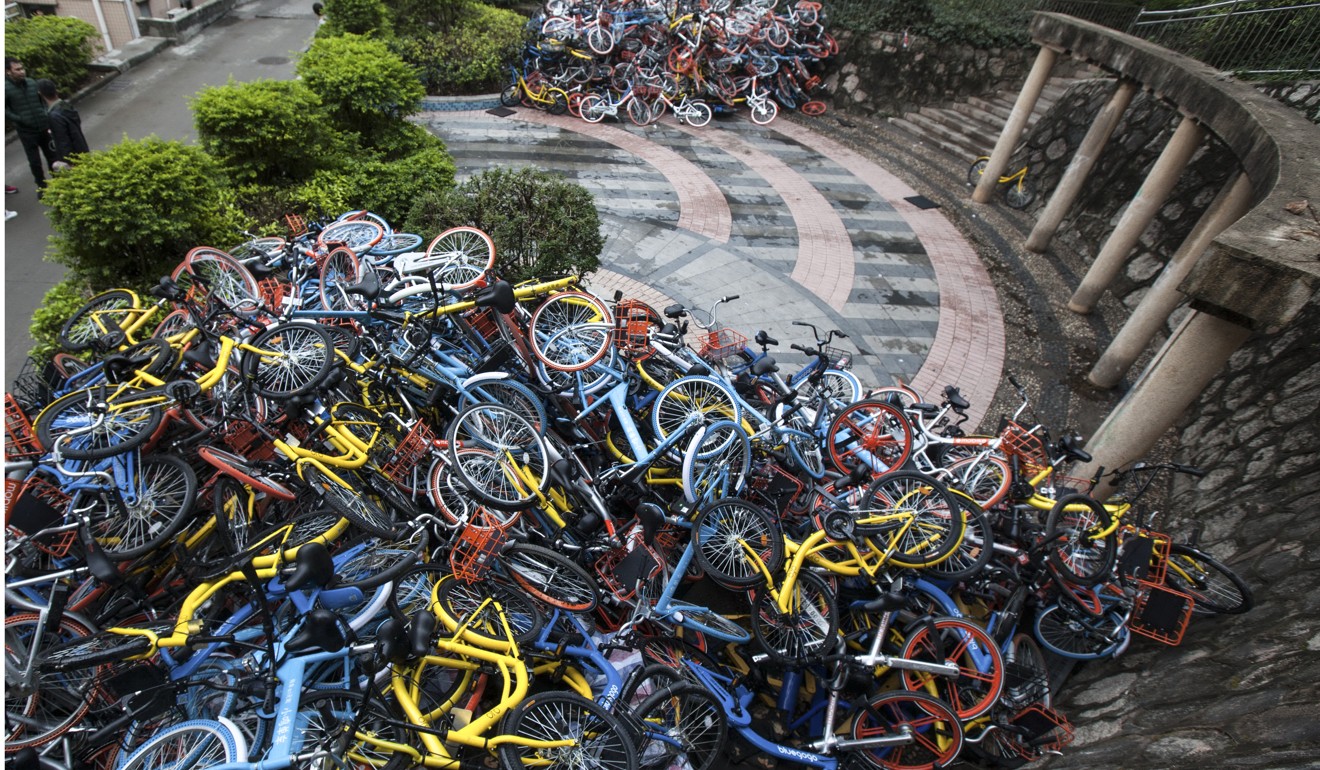 Ofo is reportedly in talks to raise new financing of more than $1 billion this week after the Beijing-based bike-sharing company announced in July that it has raised US$700 million in its latest funding round led by e-commerce giant Alibaba, Hony Capital and Citic Private Equity.

Latest data has shown that Ofo is currently ramping up operations across 13 countries including China, Japan, the UK and the US, while Mobike has entered countries including the US, Italy, Japan and Singapore with the ambition to tap into 200 cities worldwide by the end of 2017.

“Local government policies to stem the growth of shared bikes in big cities will also become a ceiling to both companies’ businesses, and the potential merger may effectively optimise the usages of quotas and sustain their business growths,” said Zhang.

A number of Chinese cities have banned bike-sharing firms from adding more bikes onto the streets as their increasing numbers have become public nuisance. Bikes shared under a dockless system were parked indiscriminately after use, causing obstruction and inconvenience to the public in many cities.

In August, Shanghai’s local transportation bureau banned bike-sharing operators from adding additional bikes to a city which already has 1.5 million sharing bikes on its streets – or one for every 16 residents.

Many cities including Beijing, Guangzhou and Shenzhen have also initiated similar measures to stem the growth of shared bikes.

Previous Official: Concert chaos won't disrupt ties
Next Boris Johnson: Britain must be able to agree its own deals