One of the disinflationary pressures that’s gripped the global economy for the past five years is abating.

China’s factory gate prices — falling since the start of 2012 — turned positive in September, squeaking out an increase of 0.1 percent from a year earlier. Given China’s status as factory to the world, that means prices of everything from T-shirts, televisions, tools and toys may follow — or at least stop getting ever cheaper. 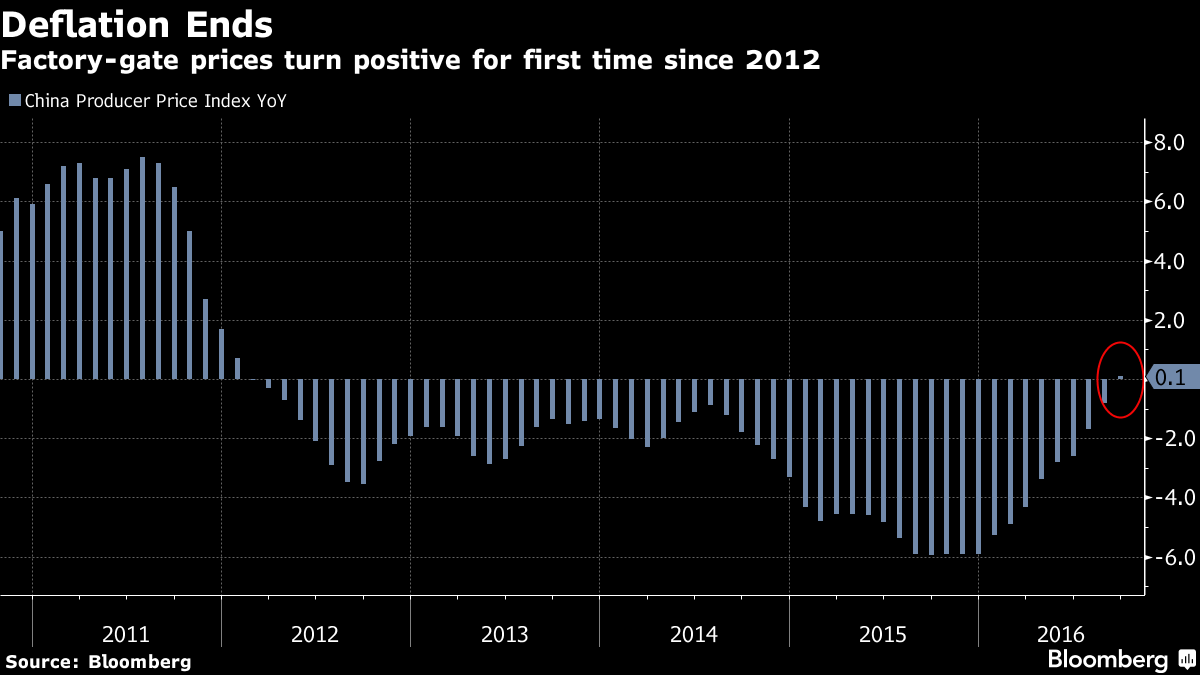 With global demand still tepid — as demonstrated by weak export numbers from China Thursday — it’s premature to call for a bout of Chinflation that’ll send consumer prices surging from Tokyo to Berlin.

“As reassuring as it is to finally see producer prices in China rising again, it is far too early to sound the all clear,” said Frederic Neumann, co-head of Asian economic research at HSBC Holdings Plc in Hong Kong. “The world hasn’t fully escaped its deflationary funk over the past several years.”

Core consumer prices in Japan fell 0.5 percent in August from a year earlier, the fifth-straight decline, while in the euro area they’re barely positive. U.S. inflation has fallen short of the Federal Reserve’s 2 percent objective for four years.

Yet the return of price gains at China’s factories does remove one of the forces that had been exacerbating the world’s deflationary spell. The following chart underscores the link between China’s PPI and its export prices: 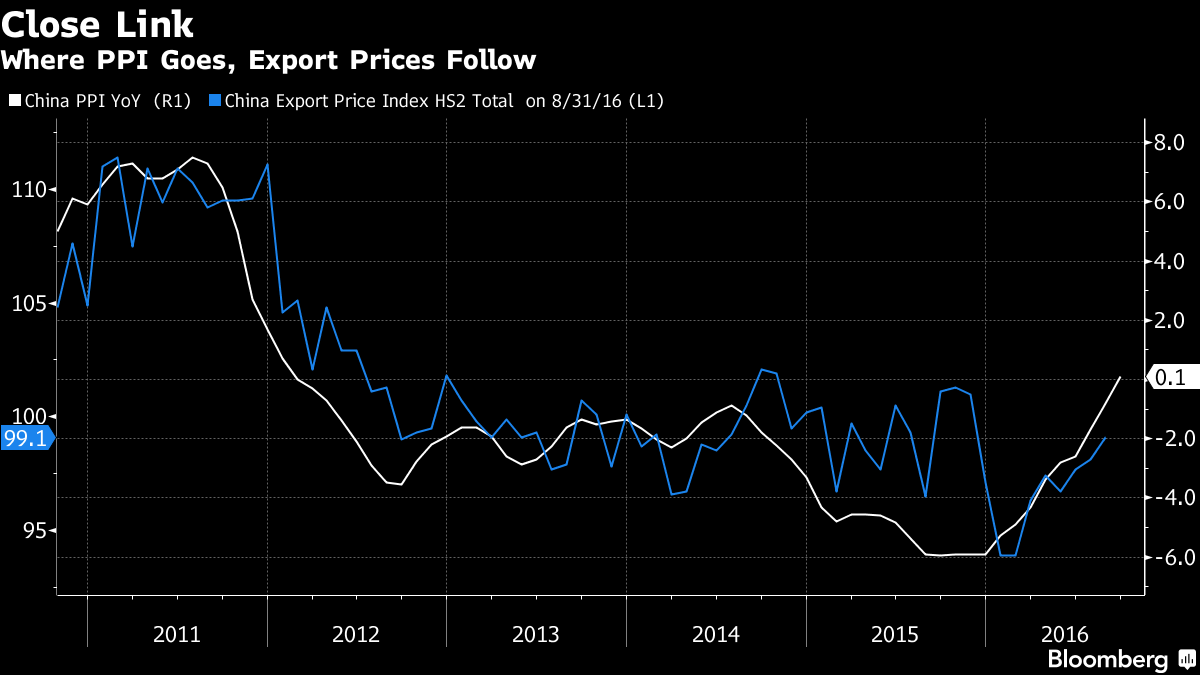 “The turn up in China PPI is indicative of receding deflation risks globally,” said Shane Oliver, Sydney-based head of investment strategy at AMP Capital Investors Ltd., which oversees about $121 billion. “It’s another sign that global deflation is fading.”

As well as altering the global price outlook, positive producer prices and an acceleration in consumer inflation may limit scope for more monetary stimulus in China.

“Underlying inflation momentum is picking up, which will limit the room for monetary policy easing for the time being,” said Zhou Hao, an economist at Commerzbank AG in Singapore. At the current pace of gains, he expects PPI inflation to quicken to 1.5 percent in December.
Source: Bloomberg