Three years ago cash was still king in China – until Alipay and WeChat Pay shook up the entire ecosystem. Today, their dominance in mobile payments for everything from taxi fares to peer-to-peer transfers have not only made them household names in a country of 1.4 billion people, but incumbent payment operators are being forced to innovate or risk being left behind.

Combined, they account for over 66 per cent of the third party payments market in China, based on research by Analysys International.

But not satisfied with just dominating the Chinese mainland, both companies have started laying the groundwork to introduce their services to other Asian markets like Hong Kong and Singapore.

“Tencent and Ant Financial are biting at the heels of incumbent payment operators,” said Michael Yeo, research manager for financial and retail insights at IDC.

China’s monopoly bank card services provider China UnionPay has sat up and taken notice. With only a 17 per cent market share in third-party payments, it has just launched an integrated mobile payments service as it looks to compete head to head with Alipay and WeChat Pay.

The UnionPay QuickPass app supports both near field communication (NFC) technology and QR codes, allowing almost all mainland banks to expand their mobile payments services on a unified platform. But it comes three years after Alipay and WeChat Pay launched “scan to pay” functions and peer-to-peer money transfers in 2014. “It’s a bit late for UnionPay to enter the mobile payments market now, most consumers are used to Alipay and WeChat Pay,” said Wang Xiaofeng, senior analyst at Forrester Research. “But UnionPay is not going to just give up the market, they also want to fight for a piece of the pie.”

Alipay and WeChat Pay have also made their presence felt abroad. Both companies extended their payments services to hundreds of thousands of merchants in regions like Southeast Asia and Europe, targeting outbound Chinese travellers and encouraging them to settle their overseas shopping bills with the apps.

In the past year, both companies have also focused on rolling out local e-wallet services to other Asia Pacific markets. These apps can be linked to users’ bank accounts or topped up manually.

In Hong Kong, Tencent launched its WeChat Wallet feature in January 2016, allowing users to link their credit cards to the wallet, send digital red packets to family and friends, and purchase tickets for local attractions and travel insurance. In a similar move, Ant Financial, the financial arm of Alibaba Group, pushed out a separate, local version of its wallet called AlipayHK for Hong Kong residents in May.

Over 2,500 Hong Kong taxi drivers sign up to cashless WeChat Pay and Alipay

Both companies have moved quickly in an effort to encourage consumer adoption. Last month, both Alipay and WeChat Pay rolled out mobile payment services for Hong Kong taxis, an industry that has long been dominated by cash, introducing a host of incentives including no administration fees to encourage taxi drivers to adopt the system. Within a month, some 2,500 taxis out of the city’s fleet of 40,000 signed up.

In contrast, the operator of Hong Kong’s ubiquitous Octopus card, used by locals for everything from public transport to cashless payments, has struggled to woo the local taxi industry due to its administration fee charges.

Now WeChat Pay and Alipay have set their sights on the city’s MTR subway system, with new partnerships announced in late November that would enable travellers to pay for train tickets with mobile payment wallets at selected MTR stations, thus breaking the two-decade stronghold Octopus had as the main form of payment for MTR fares.

The two Chinese mobile payment wallets have spurred Octopus to take action. Earlier this week it announced it was joining forces with Samsung Pay to enable users to pay for purchases via the NFC function on smartphones.

Octopus launched its own QR code-based payment service in October, targeted at small merchants and encouraging them to accept mobile payments.

Elsewhere in Asia, payment operators are also scrambling to launch mobile services to fend off competition from Alipay and WeChat Pay. 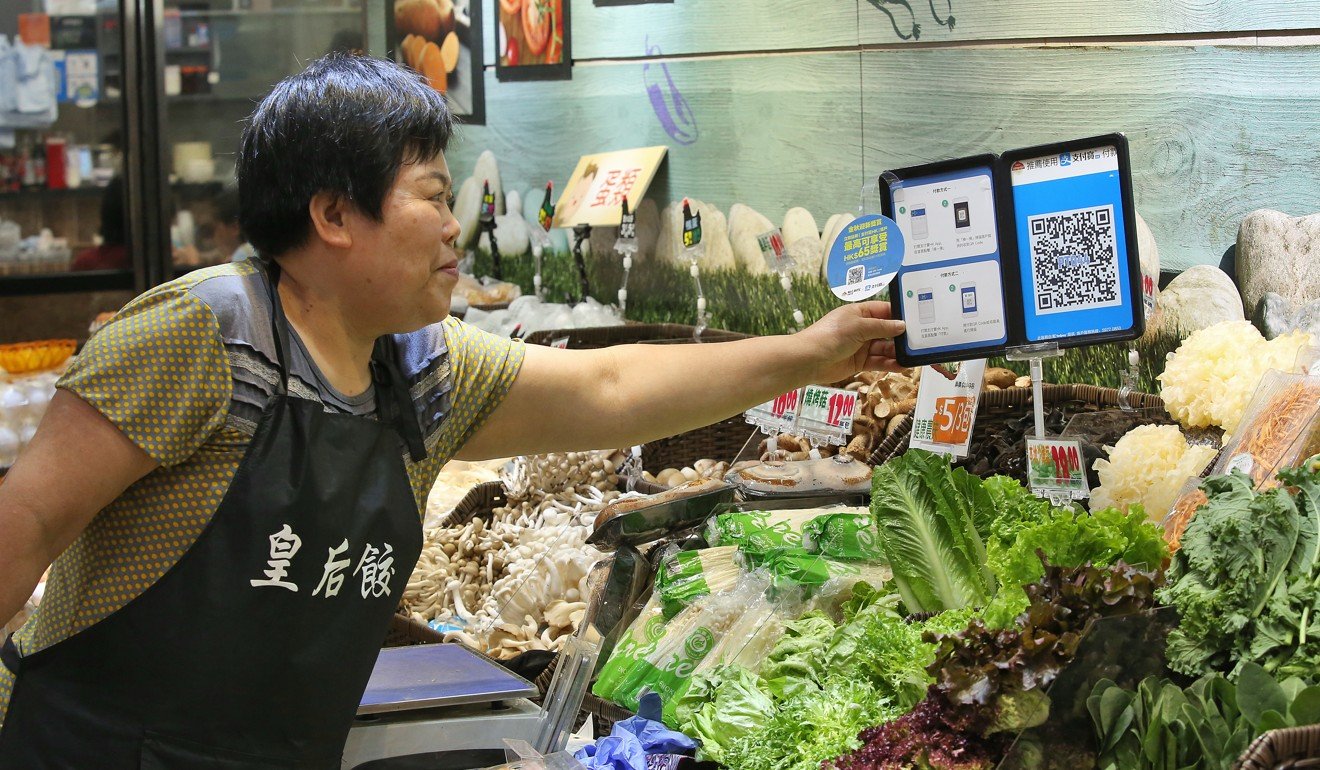 The island-state already has a host of mobile payment systems from banks such as DBS, as well as from ride-hailing company Grab, which operates GrabPay. Within weeks, local payment services company Nets announced its new NetsPay solution that lets users scan a QR code or go contactless with NFC technology on their mobile phone, with money debited directly from their bank accounts.

The biggest difference between tech companies and payments incumbents is speed

US-based hardware gaming firm Razer also jumped on the bandwagon, with Singapore-born chief executive Tan Min-liang promising to submit a proposal for a mobile payments system called RazerPay for the city. In an interview earlier this month, Tan said that plans for RazerPay were still under way and could be expected to roll out “in the short term”.

Forrester’s Wang said that while local payment operators are moving to innovate and roll out their own services, it could be difficult to compete with Alipay and WeChat Pay.

“If Alipay and WeChat Pay get licenses from regulators and roll out localised versions, they’re going to be a huge threat,” she said. “It’s going to be difficult to compete with them, because they are already so experienced, be it in the technology side or the go-to market strategy in encouraging adoption.

“The biggest difference between tech companies and payments incumbents is speed. When services like WeChat Pay or Alipay enter a market, they move very, very fast. Traditional payments operators or banks just simply do not have the same agility.”

At publication time UnionPay, Nets and Octopus had not responded to requests for comment.