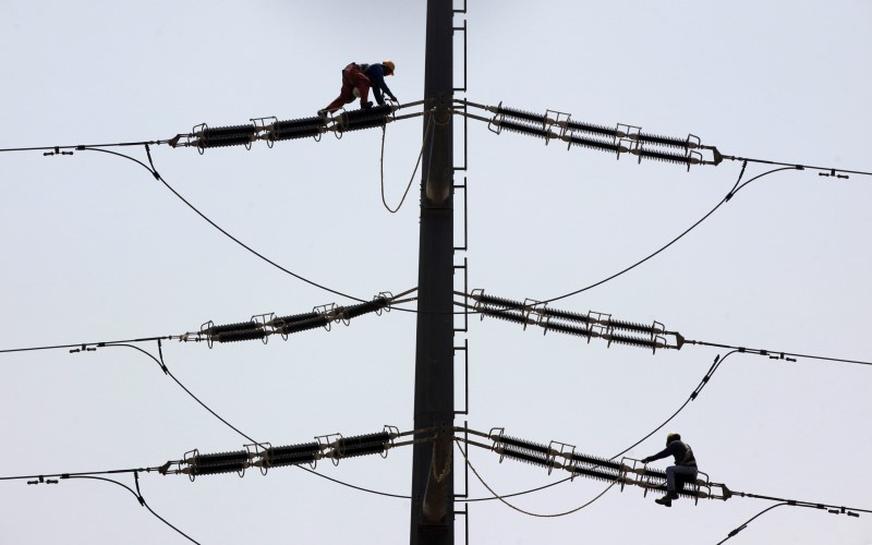 SINGAPORE/ISLAMABAD Chinese state-backed firms are frontrunners to buy a $1.5 billion controlling stake in Pakistani utility K-Electric, sources said, as they bet the benefits of a Beijing-led economic corridor will trump the risks of investing in Pakistan.

State-backed Shanghai Electric Power (600021.SS) and China Southern Power Grid are among Chinese firms leading the pack of about half a dozen bidders in K-Electric KELA.KA, one person familiar with the matter said.

Shanghai-headquartered Golden Concord Holdings is also among the bidders, as are some local Pakistani and other companies, according to people who know about the process.

Chinese companies’ interest comes after China last year announced energy and infrastructure projects worth $46 billion in the South Asian nation, with a view to opening a trade corridor linking western China with the Arabian Sea.

“The China-Pakistan Economic Corridor (CPEC) is the main driver, with a lot of Chinese funding flowing into Pakistan,” said one person aware of the K-Electric deal.

That demand underpins President Xi Jinping’s ambitious “One Belt, One Road” initiative, under which Beijing is seeking to open new trade routes and markets as the domestic economy slows.

Under the program, Chinese companies invested nearly $15 billion in participating countries last year, up one fifth from 2014.

If successful, the K-Electric deal would be the biggest M&A agreement in Pakistan in a decade. Large tracts of Pakistan’s economy remain nationalized or held by private businessmen with little interest in selling to new investors.

Chinese firms are eyeing new Pakistan power projects, roads and some engineering contracts but investing in a large private company that deals directly with consumers would be a first, a senior Karachi-based financial adviser said.

Dubai-based private equity firm Abraaj Group, whose 66-percent stake in K-Electric has a market value of about $1.5 billion, is seeking final bids for its stake by the end of August.

Sources cautioned that although talks between the parties are advanced, there is no certainty of a deal being clinched.

The Pakistani government owns about 24 percent, but a spokesman for the water and power ministry said it was not in talks to sell.

CPEC envisages the construction of roads, pipelines and power plants across Pakistan that run south to Gwadar port and should mean more business for distribution companies like K-Electric that sell the electricity to users.

China and Pakistan call each other “all-weather friends” and their ties have been underpinned by long-standing wariness of their common neighbor, India, and a desire to hedge against U.S. influence in the region.

For China, markets like Pakistan and Malaysia are opening up new frontiers, just as it faces hurdles in countries including Australia.

“We are getting a lot more enquiries from Chinese investors about Pakistan in the last couple of years,” said Muhammad Sohail, CEO at Karachi-based brokerage Topline Securities.

“Before it was always U.S. and Europe. The Chinese are coming,” Sohail added.

Still, foreign investment in Pakistan remains relatively muted as it struggles to shake off a reputation for violence, corruption and instability, and despite the $250 billion economy growing at its fastest pace in eight years.

Inbound M&A into Pakistan has risen more than six times in the past five years, totaling $516 million so far this year, according to Thomson Reuters data.

K-Electric, Pakistan’s biggest electricity company, supplies power to over 2.2 million customers in and around Karachi, the country’s biggest and wealthiest city.

The utility has undergone a turnaround since Abraaj bought it; K-Electric has cut down on electricity theft and reduced outages.

“Abraaj has done a good job but for a newcomer to get involved in a city like Karachi is not easy,” said the Karachi-based adviser, referring to a city where power theft, violence and political turmoil have scared investors away.

“The Chinese are looking at a lot of things but they are also very cautious.”

Sources said some Pakistani firms were also bidding, but it was not clear how keen they were, and they would likely find it tough to match the Chinese in an auction which could go as high as $2 billion.

A K-Electric spokeswoman said the company had not been notified about any transaction or acquisition. “We dismiss these rumors as speculative,” she said. A spokeswoman at Abraaj declined comment.

Though Pakistan is courting Chinese investment, some deals have faced roadblocks.

In 2005, an Etisalat-led consortium agreed to pay $2.6 billion for 26 percent of Pakistan Telecommunication Co, but the Abu Dhabi-listed operator has withheld some money due to differences with the government on outstanding ownership of properties.

(Additional reporting by Saeed Azhar in SINGAPORE and Julie Zhu in HONG KONG; Editing by Denny Thomas and Mike Collett-White)